For many years, Cleanfeed Pro has been my favorite tool for remote audio capture and recording, even multitrack. Now the original multitrack capabilities have been enriched with Aux Outputs.

For several years, I have been using and covering Cleanfeed as my preferred tool to carry out studio quality audio recordings remotely, even multitrack. Back in 2018, I interviewed Marc Bakos, one of Cleanfeed’s founders and partners on my BeyondPodcasting show. In May 2020, I published Cleanfeed Pro multitrack + safety backup in Hindenburg Journalist Pro, where I demonstrated recording the live Cleanfeed Pro signal in Hindenburg with my local microphone(s) on independent tracks. (Links ahead to both and more.) Today, I am happy to share the next step beyond that integration, which can work even more completely now that Cleanfeed Pro offers Aux Outputs, which can now feed the individual tracks of your multitrack audio editor, aka DAW (Digital Audio Workstation). In fact, that’s why acclaimed shows like Chicago P.D., Law & Order: FBI and Law & Order: SVU have been using Cleanfeed with this new feature recently for remote ADR, foley and sound design. In addition, I’ll add another application for theater productions with live, remote participants which occured to me during my most recent transcontinental conversation with the two founders of Cleanfeed.

Link to my prior articles and interview about Cleanfeed (Pro)…

Recap: How Cleanfeed Pro’s multitrack has worked up until now

Before the new feature, Cleanfeed Pro’s multitrack feature has worked as follows: The studio (i.e. the location that initiates the Cleafeed session) occupies on track and each other participant in the session gets a separate track. Those tracks are later downloaded as individual WAV files, which of course may be 48 kHz (our standard) and that’s how I have always used it. This means that after a session is finished recording, I have downloaded them (either one by one or all together in a .Zip file containing all of them) and then imported each WAV file into Hindenburg Journalist Pro as separate tracks.

Above image courtesy of Cleanfeed

Now, with Cleanfeed Pro’s new Aux Outputs, each remote participant can be piped —separately and individually— into a track in a multitrack audio recorder like my favorite, Hindenburg Journalist Pro. This will save the steps of saving, potentially unzipping and then importing each one to its own track after the recording. 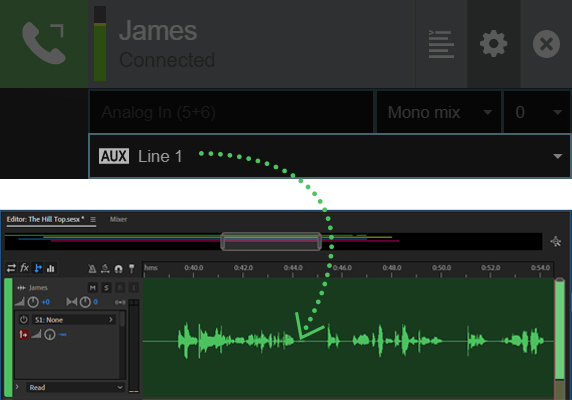 Above image courtesy of Cleanfeed

Clarification about my use of multitrack

Most of the time, I record interviews with a single interviewee and myself (or a segment with a co-host and my self). However, there are times when I have two or more guests who interact on my shows. 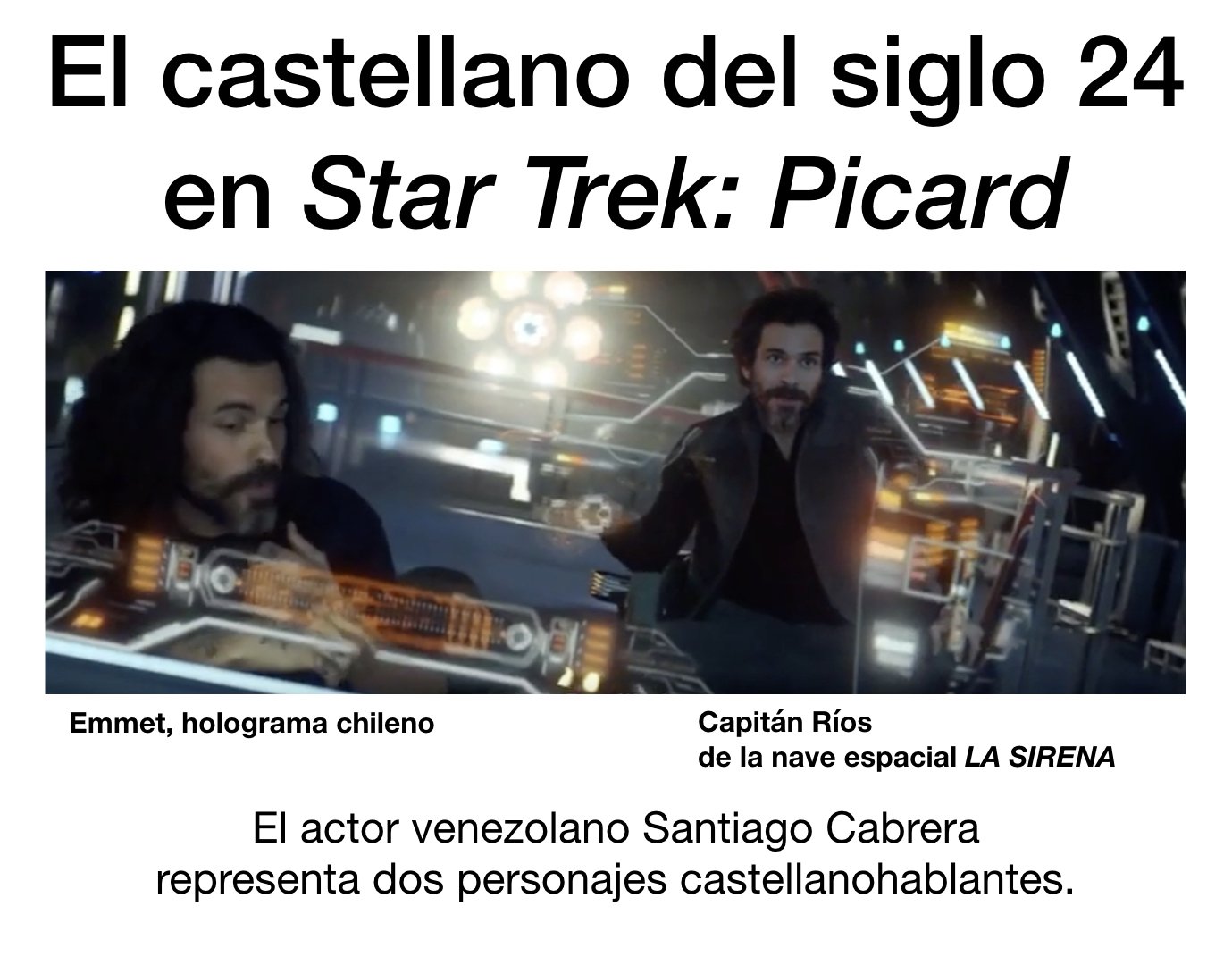 Above image courtesy of CapicúaFM

As illustrated above from the graphic of a CapicúaFM episode, the last time I recall that happening was when Chilean actress Marina Catalán (located in New York) joined me and Mexican actor Memo Sauceda (located in a different part of Florida than where I was). On that particular CapicúaFM episode, we evaluated soundbites performed by Venezuelan-Chilean actor Santiago Cabrera who played several simultaneous, interactive roles in Star Trek: Picard, each one with a unique accent and way of speaking 24th-century Castilian, even though most of the scenes were mainly in English. Among the two roles played by Cabrera were Captain Ríos of the spaceship La Sirena (which translates to English as The Mermaid) and Emmet, a hologram. In the future for cases like that one, the Aux Outputs from Cleanfeed Pro will serve me very well the next time I need to have more than one guest or co-host.

Usage of the new Aux Outputs by acclaimed TV shows

I learned from Cleanfeed that remote ADR, foley and sound design have been recently done by many acclaimed TV shows including Chicago P.D., Law & Order: FBI and Law & Order: SVU. During the recent lockdown, this ground-breaking feature was added to Cleanfeed so engineers around the world could continue working, connecting to remote actresses/actors to complete their productions.

As I discussed this during our most recent transcontinental conversation with Marc and Mark, the creators of Cleanfeed, and they told me about the Aux Outputs, I said:

Imagine a stage play with robotic mannequins, where each one has a loudspeaker fed by an individual channel from Cleanfeed’s new Aux Outputs. Each actress/actor can be located in a different part of the world and speak her/his lines while interacting with the other ones who are all connected via a single Cleanfeed Pro session, with perfect studio quality at 48 kHz. The live audience will hear the spatial difference of each character as if they were speaking on the stage in front of them.

How to get Cleanfeed, Cleanfeed Pro and Aux Outputs

Cleanfeed is a web service available via Cleanfeed.net. Aux Outputs is a feature which requires Cleanfeed Pro. See their website for current pricing. See here for my past articles and interview about Cleanfeed.

Some of the manufacturers listed above have contracted Tépper and/or TecnoTur LLC to carry out consulting and/or translations/localizations/transcreations. Many of the manufacturers listed above have sent Allan Tépper review units or NFR software for review, including Cleanfeed and Hindenburg. So far, none of the manufacturers listed above is/are sponsors of the TecnoTur, BeyondPodcasting, CapicúaFM or TuSaludSecreta programs, although they are welcome to do so, and some are, may be (or may have been) sponsors of ProVideo Coalition magazine. Some links to third parties listed in this article and/or on this web page may indirectly benefit TecnoTur LLC via affiliate programs. Allan Tépper’s opinions are his own. Allan Tépper is not liable for misuse or misunderstanding of information he shares.