Here’s How To Do It 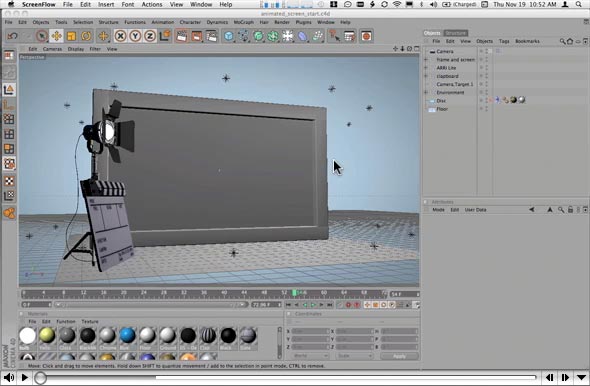 Cinema 4D’s friendly interface and robust motion graphics toolset have made it the tool of choice for creating 3D motion graphic elements for title sequences, bumpers, interstitials, and the like. And it’s ability to export multipass renders as well as 3D data to After Effects have made it easy for After Effects users to integrate 3D into their projects. Well, with release 11.5, Final Cut Studio users can finally do the same, because Cinema can now export 3D data directly to a Motion project. By taking advantage of Motion’s real time render engine and Final Cut Pro integration, you can now create professional 3D projects or even Master Templates for your projects.

There are a few tricks to getting Cinema 4D to play nicely with Motion. In the video, I step through the workflow for preparing a Cinema 4D project for Motion, and then preparing the Motion project, swapping in video elements, adding text, and finally creating a Motion template that you can use in Final Cut Pro.