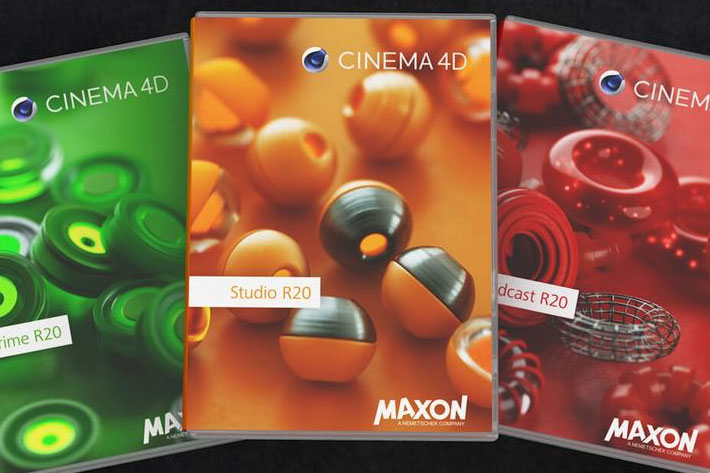 What do Blade Runner 2049, The Avengers: Infinity War, Ready Player One, and Black Panther have in common? They all relied on Cinema 4D’s MoGraph toolset to deliver their magic.

Created to honor the men, women and companies whose discoveries and innovations have contributed in significant and lasting ways to motion pictures, the Academy’s Scientific and Technical Awards represent the Academy’s recognition for all the contribution made to the art of filmmaking. This year the Academy recognized Per-Anders Edwards with the Sci-Tech Award for his contribution to the initial design and development of the MoGraph toolset that “…provides a fast, non-destructive and intuitive workflow for motion designers to create animated 3D graphics, as used for title design and fictional user interfaces in motion pictures.”

An innovator within the computer graphics field, Edwards is currently software architect and lead developer and designer at MAXON for the legendary motion graphics workflow in Cinema 4D. On receiving the Award he said: “Receiving the Sci-Tech Award is a phenomenal honor” and added “I believe the success of the MoGraph toolset can be attributed to my original desire to satisfy my practical needs and calling upon my experience as a motion graphics artist. This happened because of Maxon’s unwavering support, belief and trust in that vision. Sometimes my concepts were out of the box, but they were always firmly planted in the landscape of Cinema 4D in a way that meant it could not have been developed anywhere else.”

“This award represents the hard work of Maxon’s unbelievably talented developers and dedicated team,” added Edwards. “Without this family, it would not have reached this stature. Though ultimately, MoGraph’s continued enhancement and success should really be attributed to the raw talent and passion of our community, who continually surprise me and push its boundaries.”

Since MAXON introduced MoGraph in 2006, it continues to be cited by VFX and animation professionals worldwide for its essential role in the demanding, fast-paced 3D animation and modeling concepts to production processes on some of the most highly acclaimed movies of all time.

Blade Runner 2049, winner of the 2018 Oscar for Achievement in Visual Effects, and several of this year’s Oscar Visual Effects nominees: The Avengers: Infinity War, Ready Player One, and Black Panther, nominated for Best Picture, are just a few of the numerous film titles that have relied on MoGraph’s renowned reliability and fast, intuitive workflow.

According to MAXON Chief Executive Officer, David McGavran, innovation continues to be a hallmark that embodies the company’s software development philosophy.

“MAXON is thrilled the Academy has recognized our MoGraph toolset with a Sci-Tech Award for technical contributions that help artists solve today’s complex film visual effects workflow challenges,” said McGavran. “We congratulate and thank Per-Anders for his ground-breaking work on the MoGraph toolset for Cinema 4D, while acknowledging the accomplishments of the entire company that contributed to this outstanding acknowledgment.”