As many corners of technology and media creation phase out the word “master” I wondered out loud, on Twitter, what we should use for that  final, main, supreme, primary, delivery file we generate at the end of an edit

Recently I was wrapping up an editing job and generating files for the client and it came time to generate the one final, main, supreme, primary, delivery, file that is the single most important file at the end of the post-production process. It is the file that you can generate other files from. It’s the file that can be put into the archive if it’s ever needed again. It’s the file that can be delivered where you can say “this is the highest quality digital file for this project and if you ever need to export a new version for YouTube or Facebook or IGTV or any other online service, use this one.”

When generating the above mentioned file I paused as I started to type the word “master” into the file name and wondered what others in post-production might have replaced it with. Thanks to good old Twitter I was able to ask a lot of other post-production folks.

Let’s talk post-production terms Twitter. Since we’re phasing the word “master” out of popular lexicon what phrase should we use to designate that final, approved, hi-rez file we create to generate deliverables from and archive. And there’s the “sub-master” term too. #PostChat

For decades that file has been called the “master”as it’s the final, main, supreme, primary, delivery file that is of highest quality and encoded in a high quality codec that can be replicated without quality loss. But we live in chasing times where terminology that harkens back to different eras when they were generated are being abandoned for more inclusive and less offensive terms. Harvard was on top of this before we saw the word “master” get excised from the bedroom and considering the history there probably makes good sense though I’m betting it’ll take a generation before you local realtor stops using the term on a home tour. Software is another place where this word has been seeing its last days. The October release of the Adobe pro video apps changed a lot of terms we were used to including changing master to source. Source won’t work in this case as we aren’t talking about source files.

One thing that was brought up is how post-production uses the word “master.” It’s worth noting that is that it’s less a verb, as in gaining control over and more an adjective meaning something is the main or primary. Some wondered why we should even consider changing it due to this particular use case.

The terms “master” and “slave” are being phased out because of their origins in slavery.

It was a fun afternoon of discussion about this topic. I was happy to see that many people had put some thought into this and it was hopefully a good learning experience for others about file naming conventions overall. As is often the case on Twitter there were many differing opinions. I’ll post some of those below with commentary on why or why not, IMHO, one should or should not use the suggested replacement term.

While there is no ruling body bang the gavel and declare a new term, it was a chat on the hot new flavor-of-the-month drop-in audio platform Clubhouse that was the answer for me. My friend Jeff Greenberg and I have been doing a little show on there we call Post Production Hell-o (there is no way to link to it or I would) and at the end of a chat it was suggest to use MAIN as the replacement for master. Main doesn’t have some of the meanings and baggage of other suggested terms (as you’ll see below), it’s two letters shorter which is great for typing and file names, plus it begins with the letter m so main will slot right into existing acronyms.

So I think our general consensus on the ‘master’ thing in the Clubhouse post-production Hell-o chat tonight was that “main” is the way to go. It’s shorter than both ‘master’ and ‘primary’ and any acronyms that use the letter M still apply!

Main it is for me.

I’ve tried to organize this long twitter conversation below. Forgive the possible messiness if your browser isn’t properly showing the embeds vs. the pasted tweets. It can be tricky to do this with lots of replies and threads. Thanks to all who participated in this conversation.

We can begin with a tweet to a link where this has already been discussed. This isn’t exactly post-production focused but it isn’t far off.

“Hero” was one suggestion. That’s not bad but I always think of the term “hero” in post-production as the best take of all those many takes or the best vo read from those 150 tags the vo artist read. Hero to me means the best of many that are nearly the same and I don’t see that as the case in the  final, main, supreme, primary, delivery file we’re talking about.

I like this too. I do the same but the works Hero is a nice touch.

That suggested naming template above is nice.

The word “final” was suggested several times but we know what happens when a file is named final … changes. And “deliverable” was a term I had issues with since that file isn’t always technically delivered to a client or broadcaster.

I like that but we know Final is a kiss of death. I tend to shy away from deliverable as that file often isn’t a deliverable. You might use it to generate many deliverables so it’s not entirely accurate.

Campaign to also replace the 2nd most offensive nomenclature, “FINAL” by whatever the consensus is.

And I agree, there really is no final. You only abandon an edit when there is no more time.

For me, files in a DELIVERY_DATE subfolder is effective for what has purposely shipped for air (even if it one day is revised) vs files only shared for review

Sorry… I did just finish a THIRD revision to a “final” file for a network…but final wasn’t in the name, MASTER was. So the curse can’t just be the name. I’m digging on MAIN myself. TEXTED MAIN…TEXTLESS MAIN.

A suggestion beyond “final” was to always use the highest version number among a few other tech specs.

Not much diff there when it comes to tempting fate

Simplest way I've found is just stick to version numbers plus the codec (and suffixes like texted/textless, etc.)

The highest number version is always the "final" at that moment

I was opposed to some of these ideas though as this  final, main, supreme, primary, delivery file we’re talking about making often goes to a client and you want to make it easy for a less video-technical person to understand.

Yes good point. When exporting to the client I will make the file name more client facing. Or whatever their preferences are. But internally I try to make it as easy to follow assuming I won’t be around forever and make it as obvious as possible.

“Primary” was one suggestion that at first I thought was good but a few folks took issue with that one.

I like PRIMARY. Secondary…do we need that? We used to have MASTER and PROTECTION MASTER…basically the backup copy, but we don't do that anymore. Usually it's a TEXTED and TEXTLESS. So, TEXTED PRIMARY and TEXTLESS PRIMARY? hmmm…

Primary doesn’t sound right to my ear for final video files as it kinda implies first or initial in a way to me – when what we are really trying to describe is the end approved stopping point right?

“Archive” came into the conversation and would seem to make sense as you would want to archive this file.

But this file is often used for way more than just true archiving.

🤷🏼‍♂️ I tell clients it’s for their records, so “archive” makes sense to them even when it’s a deliverable.

“Gold” is another that I hadn’t thought about.

“Principal” isn’t bad either but I have flashbacks of getting in trouble for chewing gum in school… among other things. And inevitably someone would spell it principle but that would probably work too in this context.

There were some acronyms tossed out that are in use today that I hadn’t heard.

While it’ll be hard to remove master from these entrenched studios and streaming network requirements that is where main could easily slide in as a replacement.

This was a nice little rant by Tony Gallardo that it was much easier to capture in an image than an embed. 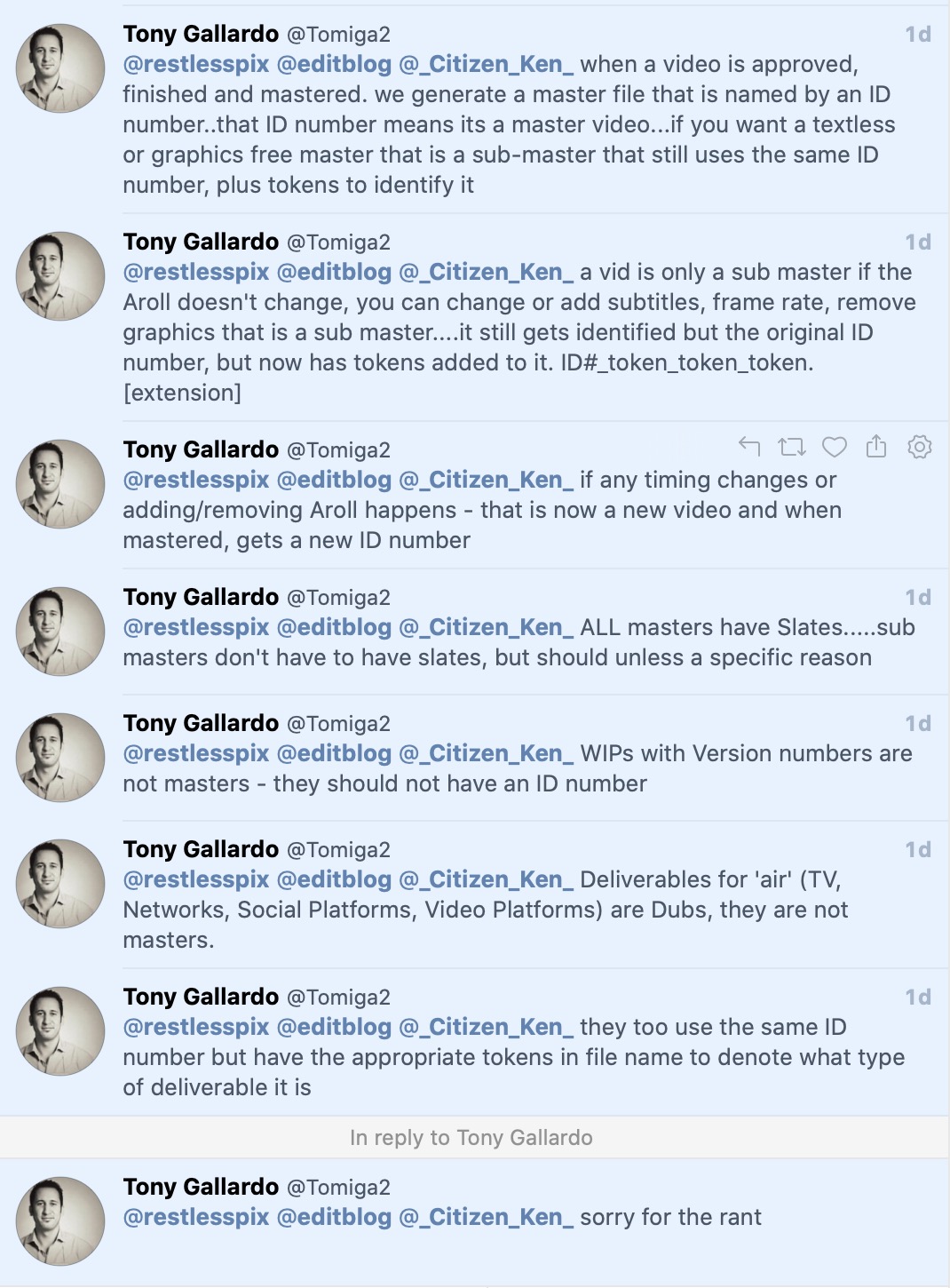 I also like this one as it lays out some options for working files vs. that final file vs. what is delivered to the client.

any Final-Supreme for me is the file that has NO suffixes.

The master/slave thing is something that has been being phased out for awhile and Wikipedia has an entry for such. I had forgotten about it used in photography.

Yep. I think that same terminology has been phasing out of spinning hard drive nomenclature as well.

And some people even had fun with this topic!

Borrow from the culinary world?

Only it wasn't the final.

"Master" is and should be "master"… and "blacklist" always means "blacklist" despite the sick, politically correct masters of Adobe https://t.co/dlifMrZbdI

I hope that any anger that stems from wanting to change words can be tamped down as an industry shifts. While old habits are hard to break is it really that hard to type a few different letters every now and then? I’m sure most clients won’t mind.

Thanks to all who participated in this Twitter discussion. I wasn’t able to include all the thoughts and responses but I hope I included enough for some good food for thought. 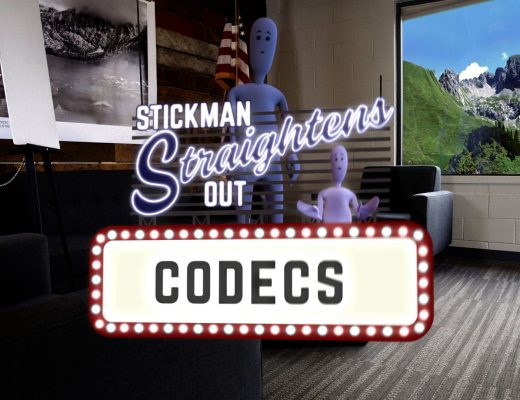 The modern entertainment industry is a confusing mix of technology and creativity. How is one person supposed to absorb... 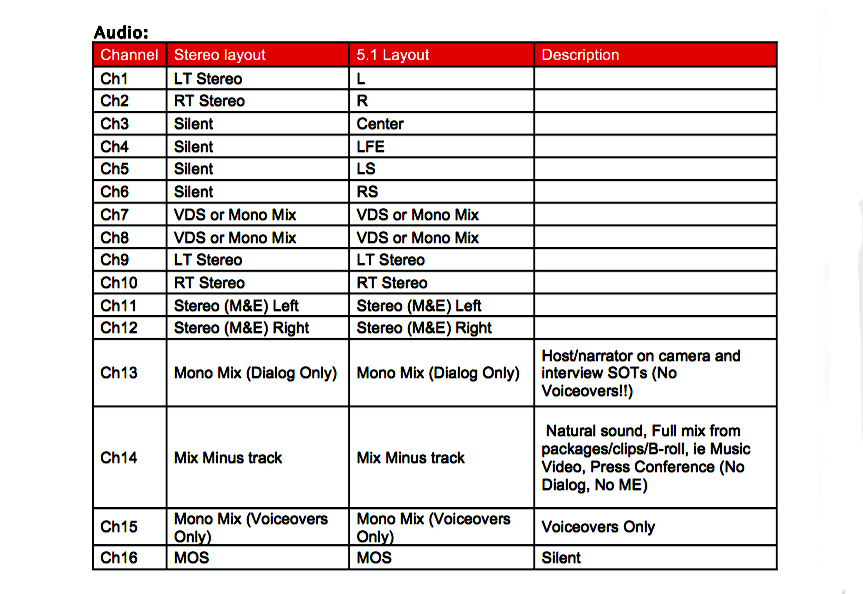