With a first public appearance at the CP+ 2016 photography fair, and immediately earning one the CP+2016 World Premiere Award for the lens-integrated camera category, the PowerShot G7 X Mark II introduces some of Canon’s newest technologies, including a new stabilization system. 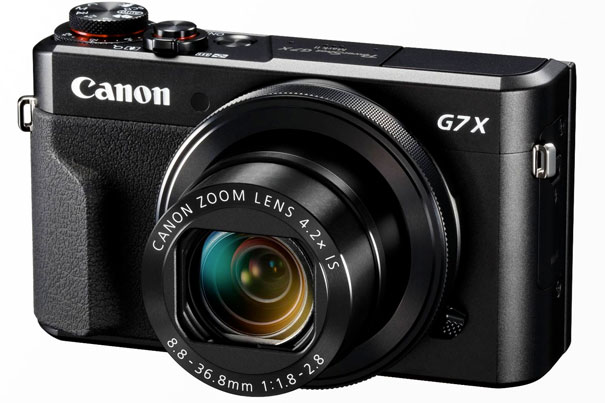 The PowerShot G7 X Mark II compact camera is the first from Canon to use the new Digic 7 image processor that we will soon see in other models from the company. But the camera is also the first to introduce a change in the way image stabilization works, through Dual Sensing IS, which is good news for both videographers and photographers.

According to a report published by Nikkei technology, while previous Canon cameras, like the Powershot G7 X, use a gyroscope for the stabilizing system to work, the new model “takes into account the data on the amount of camera shake obtained from the image data collected by the CMOS sensor.” Canon calls this function “Dual Sensing IS.”

Dual Sensing IS provides improved IS performance with up to 4-stops of image stabilization, counteracting image blur caused by body movement. This means that when you’re moving around, shooting, and have no time to stand still, the new Image Stabilizer system helps, significantly, to reduce camera shake. Additionally, the camera introduces another new feature, “panning”, that allows the camera to lock onto the main subject, automatically adjust the shutter speed for background blur. 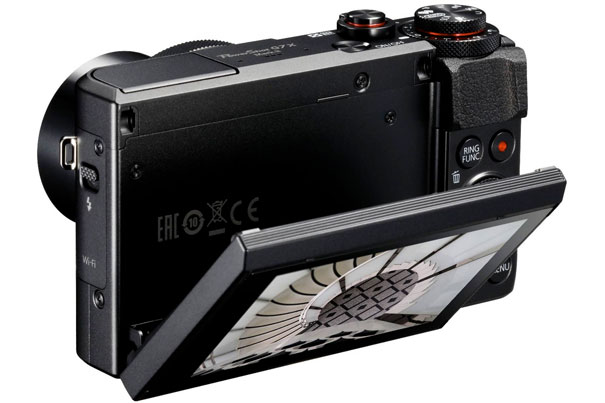 Canon’s new PowerShot G7 X Mark II digital camera pairs a 1.0-inch, 20.1 Megapixel CMOS sensor with a luminous optical zoom lens, equivalent to 24-100mm f/1.8-2.8 with a 9-blade iris diaphragm. A multi-angle 3.0-inch capacitive touch panel LCD with a screen resolution of 1.04 million dots and tilt options of 180° up and 45° down is the control center for both photography and video, while in terms of communications built-in Wi-Fi and Near Field Communications (NFC) capability are present, with a dedicated Wi-Fi button for easy sharing and transferring of images and videos.

Those looking for a small package for video capture may want to look at the PowerShot G7 Mark II. With full manual control through the versatile lens control ring, which gives customisable access to the most important settings, as aperture, shutter speed, ISO or focus, while keeping noise to a minimum, the camera offers MF Peaking, highlighting what is in focus, on the touch screen.

Canon’s Dynamic Image Stabilisation works with Auto Level to correct camera shake over five axes automatically, ensuring scenes are steady and horizons straight, even when shooting on the move or at unusual angles. In terms of Image Stabilization when using video, Canon’s system works in four different ways: 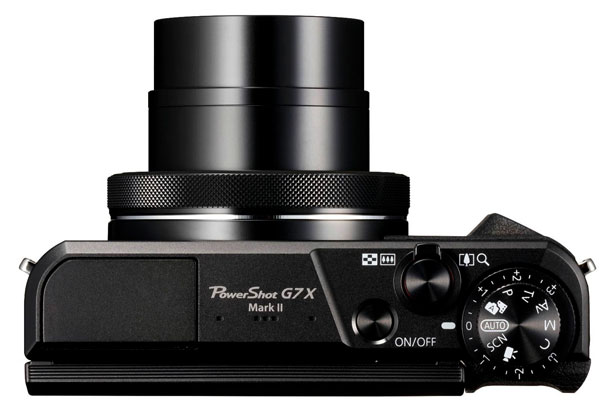 The introduction of Dual Sensing IS, which may well be extended to other models, represents another technology where the word Dual appears in Canon cameras. Besides the Dual Pixel CMOS AF, which is now becoming a “must have” feature for video and photography, Canon also has another Dual technology in their models: Dual-layer Metering Sensor. One could almost say that good things always come in pairs…

The Canon PowerShot G7 X Mark II digital camera is currently scheduled to be available in May 2016 for an estimated retail price of $699.99.