The new EOS 80D DSLR will be officially announced soon, but the specifications have already been revealed: it’s a Canon EOS 70D more capable when it comes to video and photography. What’s most surprising, though, is the new lens presented with the camera, and the powerzoom that attaches to it. 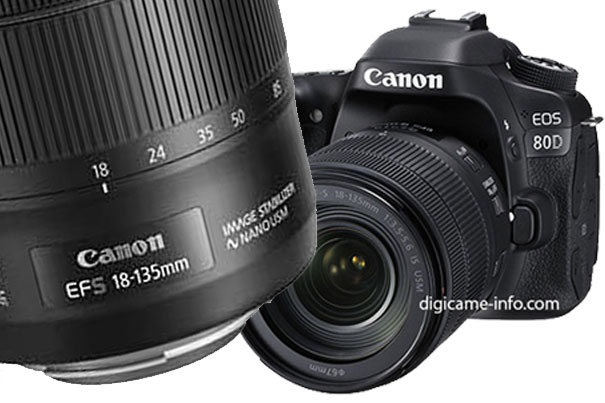 The Canon EOS 80D is not a revolutionary camera. It offers a 24.2 APS-C sensor with 45 AF points cross type with Dual Pixel AF and a touch screen. But the lens to be launched with it suggests this is Canon’s next step when it comes to video with DSLR cameras. Welcome to the NANO-USM.F

For all those that keep expecting Canon to move beyond Full HD at 60fps, this camera is something to forget: no 4K. The EOS 80D is not much different from the EOS 70D when it comes to video – although some changes are present – but it continues to promote Dual Pixel AF, a feature of the professional EOS Cinema line, as the solution for those wanting to use autofocus for video. In photographic terms, the camera offers 7 fps in normal shooting and then a surprise: 5 fps in Live View, with tracking, something the EOS 70D can not do.

According to the information leaked through the website digicame-info.com, the EOS 80D also offers, besides the above mentionned 45 AF points, all cross type, ISO between 100-16000, a 3-inch vari-angle LCD touchscreen, HDR, creative filters, WiFi, and, apparently, NFC and the option to control the camera from a smartphone. And a 100% viewfinder, what would be a first for the EOS XX series… 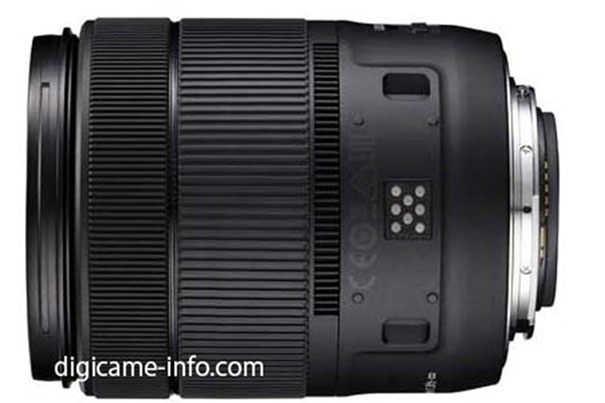 While many will center their attention on the camera, what’s really new the new lens, which is neither USM nor STM. Canon is changing gears, and now they have something called NANO-USM, an acronym which is making everybody curious. By the sound of it, it may well be a mix of the advantages of USM and STM, so as to offer something that, while maybe a compromise, will allow Canon to keep the fast USM lenses preferred by photographers, and still offer those that have fallen in love with STM – videographers –, their share of the pie. 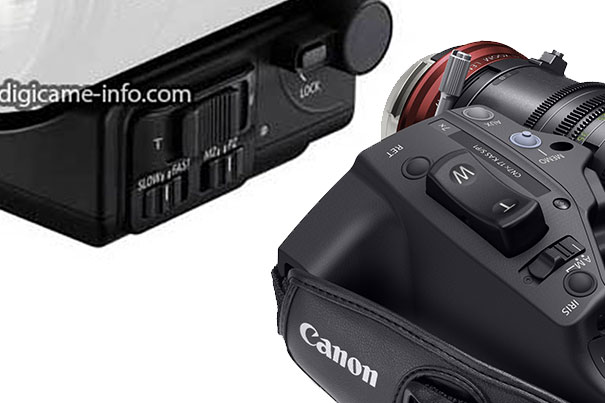 The new NANO-USM lens seems to be just that. The lens, a EF-S 18-135mm f/3.5-5.6 IS USM – or NANO-USM -, has a new electronic interface (and apparently two fixation holes) – that fits directly on a box that goes under it and offer controls similar to those present in a power-zoom… not very distant from what is used in professional video cameras (see image). If this is what Canon is cooking, it creates an interesting option in terms of control. The picture available now does not show everything, but there seems to be at least some form of control of how fast the zoom adjusts. Knowing that the EOS 80D also allows control from a smartphone is another hint on the possibilities that the system opens.

There is no price, yet, for the power zoom adapter PZ-E1, but the accessory confirms that Canon is investing in the video department of their DSLRs in a new way. For those that still use DSLRs, it is good news. The powerzoom now introduced is also, I am sure, an accessory that will be adaptable to new lenses, meaning that we may have more NANO-USM lenses coming to the market. That’s an interesting development for both photographers and videographers, even it means that a new branch of Canon’s lens system is about to start. 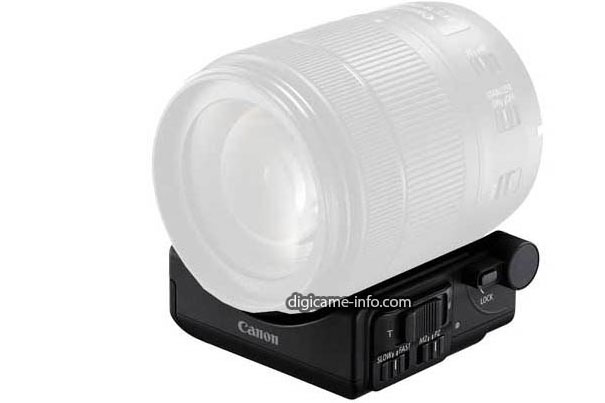 Back to the EOS 80D, it looks as if it will represent Canon’s newest video-DSLR effort. With better DPAF (now it can fast track on LiveView at a 5fps rate), the necessary swiwel touchscreen missing on the EOS 7D Mark II (we will probably see much of this on a new EOS 7D Mark III), the camera offers a lot more when it comes to the video department; anti-flicker, HDR movie and Time-lapse movie are some of the features present, but the EOS 80D also has microphone and headphone jacks.

The information available at the moment covers other features, but I believe those mentionned above are the most interesting for Canon DSLR users. The EOS 80D confirms that Canon is investing in the Dual Pixel AF as one of the most important features for video. Soon we will be able to look at the official information about the new camera. Canon will, probably, have the camera on show at CP+ Camera and Photo Imaging Show, in Japan, from 25 to 28 February 2016.