Download it today free, even if you don’t (yet) own an iPad. 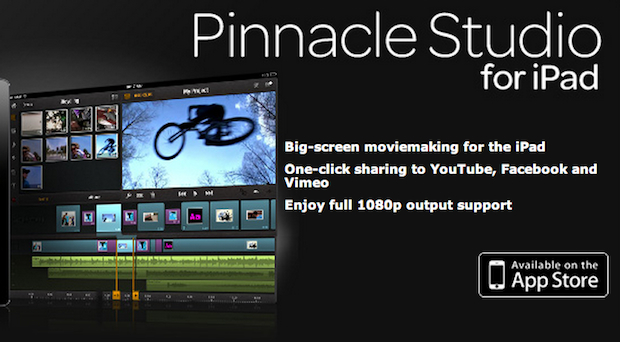 Back in February 2012, I first wrote about Avid Studio for iPad, including its initial features and limitations. Then in April, I published iPad video journalism comes of age at NAB 2012 and in June, Flaw in Avid Studio & iMovie for iPad makes them more appropriate for broadcast news than for new media. Later that month, Avid announced that it would divest its consumer businesses and streamline its operations. One result of that divestment is that Corel Corporation quickly rebranded the Avid Studio for iPad app as Pinnacle Studio, re-released it to the Apple iOS App Store, and added some of the missing features I had covered previously. Avid Studio for iPad is temporarily free. Ahead I’ll cover the upgrade details, reiterate the missing features, and include some screenshots.

Links to prior related articles

Feature announced on the website, but not yet available in the app

On the product’s official web page (as of the publication date of this article), Corel says that the app now offers direct upload to Vimeo. 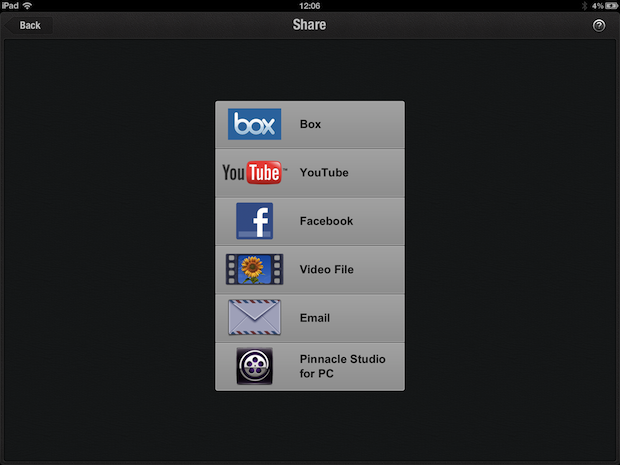 However, Rub©n Abruña of iLevel.us has confirmed that Vimeo is not yet in the product’s Share menu, as indicated above in his screenshot. Hopefully it’s coming soon.

As I published back in June in Flaw in Avid Studio & iMovie for iPad makes them more appropriate for broadcast news than for new media. How ironic!, this app still fails to respect the alpha channel of an imported graphic. 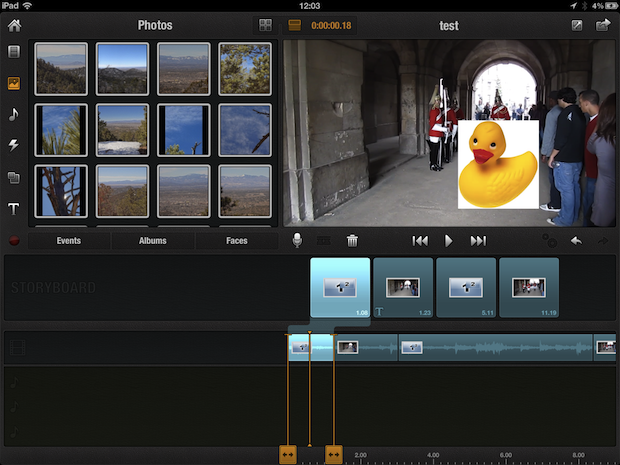 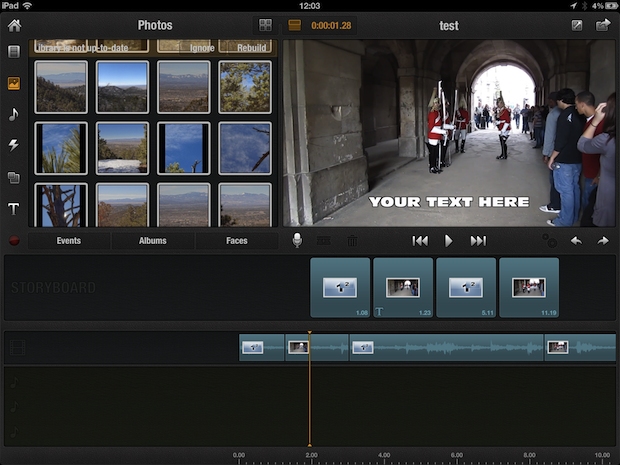 Pinnacle Studio iPad is available free (temporarily) from iTunes or the iOS App Store. Its GUI is available in Castilian (aka “Spanish”), Chinese (presumably Mandarin), Dutch, English, French, German, Italian, and Japanese. I was not involved in this particular localization at all.

Download it free today, even if you don’t (yet) own an iPad

Even if you don’t (yet) own an iPad, download it from your iTunes on your Mac or Windows machine. That way, once you get an iPad, you’ll be able to sync it with your computer and get the program free, even after they start charging for it again.

I have just published an ebook in two languages.
The format is Kindle, but even if you don't have a Kindle device, you can read Kindle books on many other devices using a free Kindle app. That includes iPad, iPhone, Android phones, Android tablets, Mac computers, Windows computers, some Blackberry phones and Windows 7 phones.