With this point release it just might be worth that $500 to move from 6.0

When Avid released Media Composer 6.5 it did so with a $500 price tag and that rubbed a lot of users the wrong way as they didn't think the update was worth that price. I kicked the tires on Media Composer 6.5 and while there were a lot of nice new additions to the update we chose not to upgrade at that time. Now comes word that the 6.5.2 update is out and it looks like there's some really nice things in this update that might make it worth that $500 cost since you'll get those 6.5 features as well. To be clear I haven't used 6.5.2 yet (though I have requested an upgrade Mr. Boss) but thanks to Wim Van den Broeck we've got a good idea of what's in there.

If you were to give a read to all the bug fixed in the 6.5.2 update you'll find some 126 of them (do just that here in this pdf link!) but I'm just going to filch all that work Wim did in his Twitter feeds about this update and post it here. I asked permission and he said it way okay.

The thing I'm looking most forward to in this update is that when you use the Select Left, Select Right or Select from IN to OUT button you can apparently use a modifier key and have that command not select filler in the timeline. This is great as I think more often than not you only want to move media and NOT the filler. Since Filler overwrites media it means a lot of deselecting of Filler while keeping the media still selected in Segment mode. This will be an often used feature (and one Avid users have complained about). 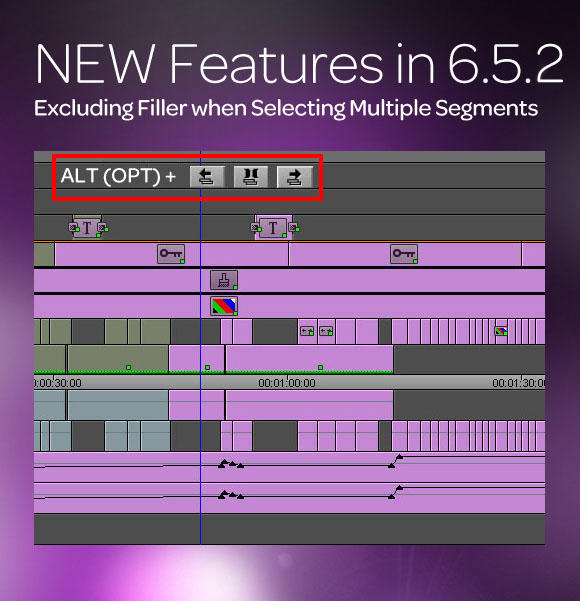 This next one is a small thing that I probably won't use very often but it is nice to have the choice. When you're editing from the Source monitor into the timeline the focus remains on the Source monitor so you can continue playing source clips and marking IN and OUT points. 90% of the time I like this but for that 10% of the time I want the focus to go to the timeline (like in the way FCP does it) this new Activate Record Monitor After Edit setting will allow that. More than anything it's giving the editor choice and that's what we want. 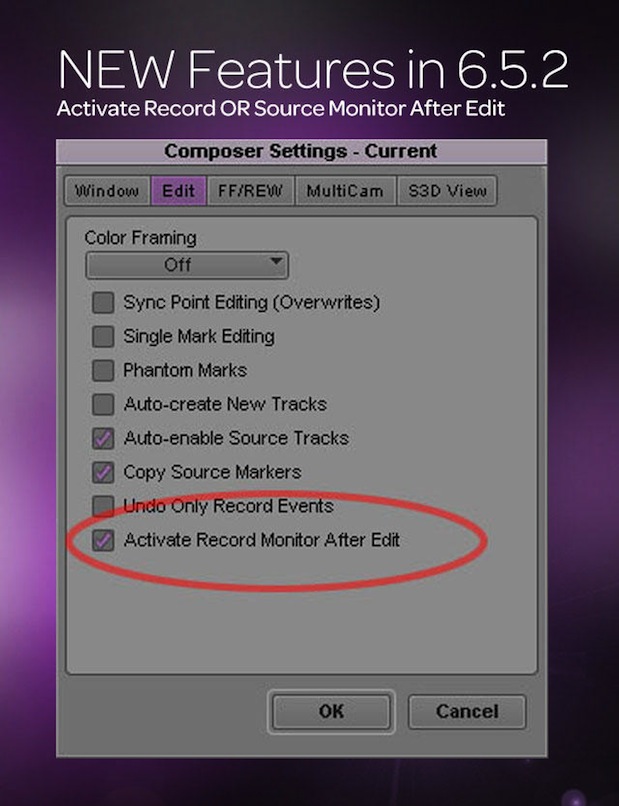 6.5 added some new ways to work with audio keyframes and in 6.5.2 you can use IN to OUT points to select those keyframes. This is a very important thing as complex audio mixing can have tons of keyframes that need to be easily selected for adjustment. 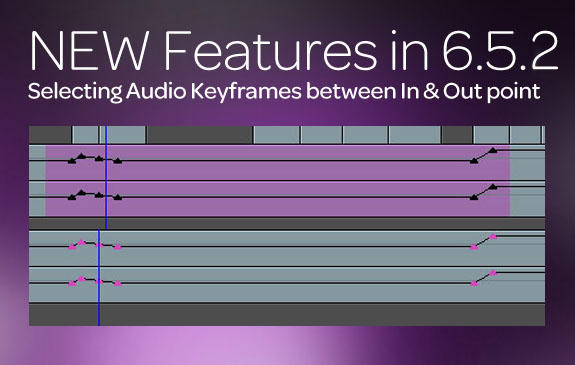 With 6.5.2 you can export an edit (or part of an edit) as sequential graphic files. That will come in handy for a number of workflows. I have to admit I don't think I realized you couldn't do that before as I've never had the call for it.

To make this feature even better there is also an option to export only graphic images where you have markers set. See this from the Read Me:

When you select Markers Only, images are produced only for those frames that contain markers.
Two additional options have been added to the Sequential Files option when Markers Only is
selected.

And those two settings under Markers Only:

I can think of many times when that Markers Onlygraphic export option would have been a HUGE timesaver.

While reading over the release notes I found this interesting in regards to ProRes and Set Source Settings in the update in 6.5.2:

I take that to mean you can now AMA link to ProRes .mov files and then Consolidate them into properly managed Avid MXF ProRes media. Before consolidate wouldn't work as it was AMA linked. The work around was to use the Avid Fast Import capability which would just rewrap the media and not transcode. Fast Import has always been a bit tricky as you have to have the settings just right for it to work. I can't wait to confirm that this works as I'm thinking as it'll be a much used feature.

One other question I was wondering about is if the slow, laggy trimming that has plagued third party video hardware might have been addressed in this 6.5.2 update. I'll have to see for myself when I get it installed but check out the second comment on this Avid forum post: WOWOWO Finally I can see real big improvement in trim mode with my MX02 mini.

@kyl33t @comebackshane @avid what makes 6.5.2 great is that is the most responsive with hardware (DX and 3rd party) since the 6.x.x release

That sounds promising. Thanks again to Wim Van den Broeck for posting all this stuff. He is @editorbelga on Twitter. A great guy to follow to keep up on all that is Avid and Media Composer.