Aurora Aperture is back on Kickstarter, with a new campaign, funded in less than 24 hours, suggesting there is a market for Neutral Density filters covering everything from 1 to 11 stops. 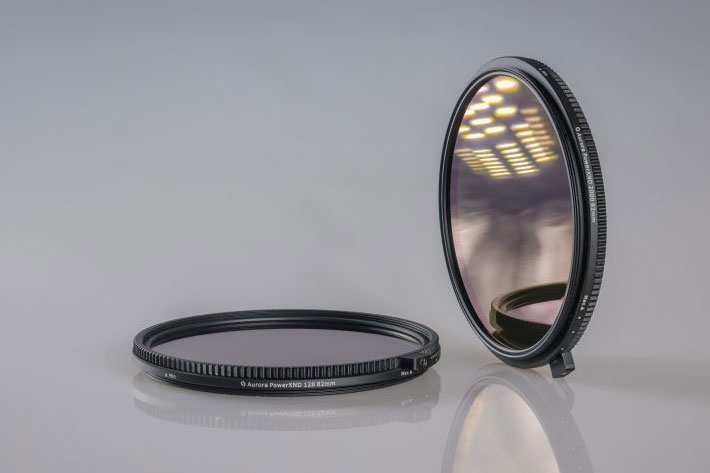 The new Aurora ND filter is in fact two, the Aurora PowerXND-II 128 covering 1 to 7 stops and PowerXND-II 2000 covering 5 up to 11 stops. All the Neutral Density you need for video and photos.

Aurora Aperture introduced January this year its PowerGXND, the world’s first variable graduated neutral density filter, following a path started in 2016, with different products, from CPL to UV and ND filters. Some of these products where “world firsts” and the trend continues with this new product, which in fact is two products: the Aurora PowerXND-II 128 and the PowerXND-II 2000.

A Kickstarter campaign is, these days,  the best way to find funding for a project, and when a company has a good track record there – this is Aurora Aperture’s fifth time -, it is easier to achieve goals. That explains why Aurora Aperture had $42,816 pledged of a $15,000 goal in less than 24 hours after launching the campaign. A total of 302 backers signed in to support the project, which ends in 14 days. If all goes according to the original plan, in September 2018 the backers will receive the first kits of the new Aurora PowerXND Mark II. The filter will also be available on the market, but backers get a special price for this “nice pair”.

The new PowerXND Mark II family is a major upgrade of the PowerXND 2000 filter introduced in 2016. The PowerXND-II family features a seamless range of 1 to 11 stops of light reduction capability with the PowerXND-II 2000, a 5-11 stop variable ND filter and a new addition, the PowerXND-II 128, a 1-7 stop ND filter. With two filters that offer the same characteristicas, users, both photographers and videographers, can get absolute control of their shutter speed and aperture, for creative reasons.

“In 2016 we launched the PowerXND 2000, the world’s first variable ND filter with up to 11 stops,” said Jinfu Chen, founder and CEO of Aurora Aperture Inc. “Little did we know that our first inroad into the photographic filter business would be met by such great enthusiasm from our users. The new Mark II version incorporates many core technology advancements made since 2016, such as the improved nano-coatings from the PowerND family, the hard stop and direct reading scale from the PowerGXND family. ” 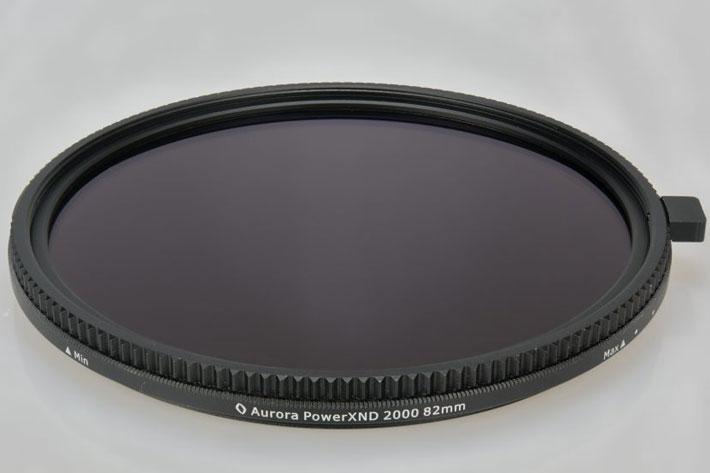 Designed in California, the Aurora Aperture PowerXND-II retains a slim filter frame profile from previous generation to minimize vignetting on wide angle lenses. With an overall filter profile of 6.0mm, the Aurora PowerXND-II is still one of the thinnest among commercially available variable ND filters, says the company.

Schott B270 glass and high quality polarization film from Nitto Denko are used to build the PowerXND-II, adds Aurora Aperture. Combined with a proprietary post-bonding polishing process the filters are able to meet high resolution demands of 4k/8k video and the high pixel density of modern day camera sensors, something videographers will be happy to know. Also, multilayer nano coatings are utilized for light reduction, thus minimizing color shift. The PowerXND-II features high color accuracy on par with the benchmark of fixed ND filters. 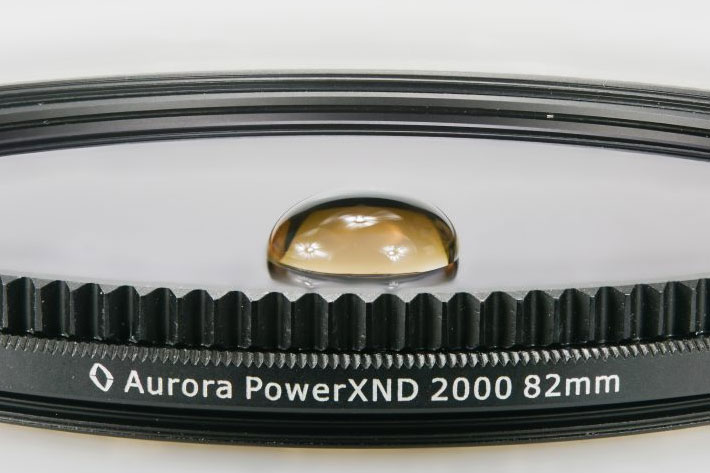 Keeping your filters clean is essential, so a PFPE based nano coating is applied to the filter surfaces, ensuring the protection of the filter surfaces against water, oil, dust and dirt. This coating allows for easier cleaning of the filter as substances do not easily adhere and are easily removed. The PFPE based nano coating has a 110 degree static contact angle, one of the best in the industry. 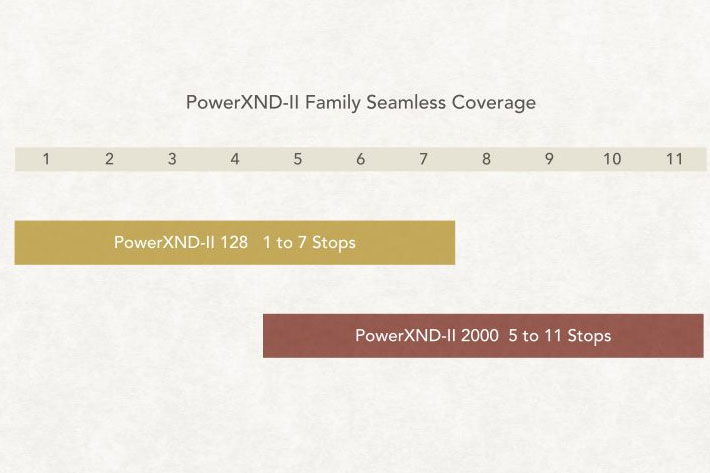 Offering a  seamless coverage of 1 to 11 stops through the use of two filters, the PowerXND-II 128 and PowerXND-II 2000, the new family offers some of the features previously used in other Aurora filters, and also introduces new things, as a new assist lever feature that allows users to turn the filter easily, especially for videography. The lever is removable to allow future add-on of different type of levers. A new hard stop mechanism is added to limit the filter rotation within operating range. This was a feature demanded by users after the release of the original PowerXND 2000. For videographers this will mean that the filter will prevent overshooting the minimum and maximum settings. 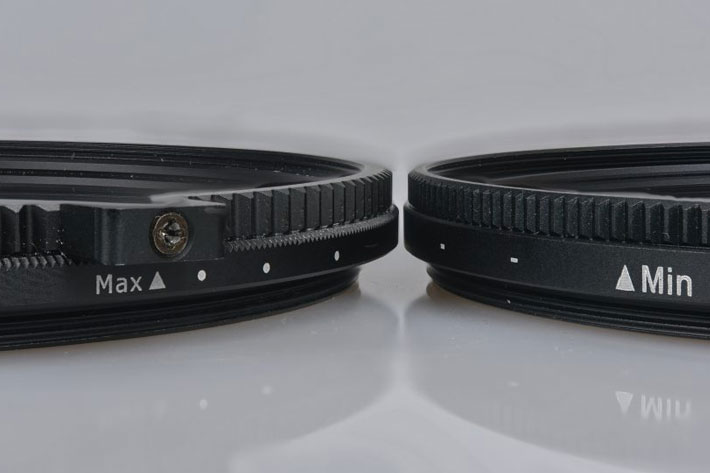