An Interview with SuperMeet Co-Founders Daniel Bérubé and Michael Horton 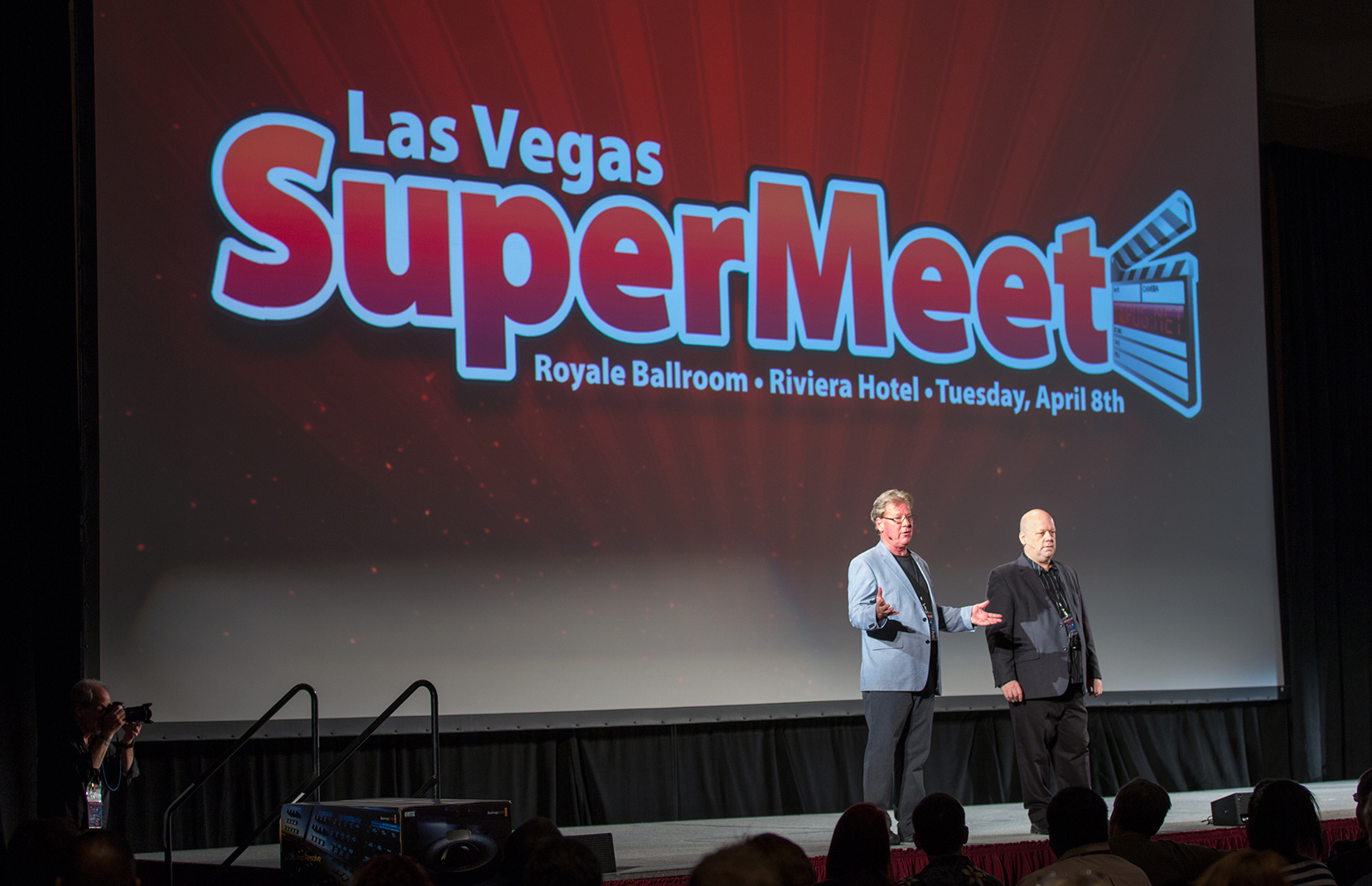 NAB is often a whirlwind of meetings, presentations, and discussions because it’s usually the only time of the year that everyone you want to meet with and talk to is in one place. It’s the date most vendors have circled on their calendar to make a big splash, but it’s also a chance for people in the industry to connect with each other in a way that is simply impossible over email or even the phone.

The event itself might be the reason we all trek to Las Vegas the second week of April every year, but it’s gatherings like the 14th annual SuperMeet that really make the trip worthwhile. SuperMeets provide a unique and important opportunity for the postproduction and broadcast community to learn about the latest technology trends, but also to network with each other in a social setting that’s educational, exciting and fun. I can tell you from personal experience that you’re not going to get that if you limit yourself to the NAB show floor. 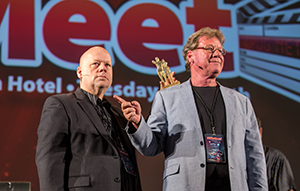 To find out what’s going to make this year’s SuperMeet extra special, I talked with SuperMeet co-founders Daniel Bérubé and Michael Horton. We discuss what they’re looking forward to seeing at NAB, some advice for World Famous Raffle prizewinners and they even provide a special discount code for reduced admission into the event.

NAB 2015 is upon us, and the event always seems to be some combination of educational, rewarding, exhausting, fast and fun. Am I forgetting anything in there?

Yes, you are forgetting “sensory overload.” You get that by the end of Monday night at 9PM. Which is why we hold the SuperMeet on a Tuesday Night. We figure you got 24 hours to come down before we hit you with a double dose.

As we approach NAB, is there any product or technology you’re especially looking forward to seeing this year?

Mike:  I am looking forward to dozens of drones flying around in the newly created Aerial Robotics and Drone Pavilion. That ought to be fun. I don’t want to see just one flying, I want to see dozens. Have no idea how it will work logistically, but it ought to be fun. Bringing my camera for that one.

Do you think 4K will have as much of a presence as it has had in years past? Or will everyone now be focused on 8K? Or something else?

4K is still a HUGE buzz word and is bound to be THE topic at almost every booth in the South Hall. More and more broadcasters and corporations as well as web sites are requiring 4K as a deliverable, so even if you still feel it’s not quite ready for the world, you really have no choice but to embrace it. Words and phrases like 4K workflow, asset management, metadata and codecs will be used in the same sentence over and over again at every booth. Time to look for good deals on storage. You will need it.

On a recent Terence & Philip podcast, Philip mentioned that rather than January-December, he thinks of his years as NAB-NAB. Do you share a similar mindset?

Not really. Things change every 3 months it seems. Perhaps they don’t ship every 3 months, but things change. We usually do SuperMeets about 4 times a year. That’s every three months or so. It seems to us there is a new story to tell every 3 months.

Are exhibitors more interested in making a “splash” at NAB, as opposed to focusing on when people will be able to get their hands on what they’re showcasing?

It costs so much money to exhibit at NAB that you are forced to make a splash if you want any chance of getting your money’s worth. Most people know the product won’t ship. That’s OK. They just want to see what WILL ship. They want to touch it and hold it and play with it. Then go home and read about it. NAB is where companies announce. IBC is where companies ship.

When you’re walking the floor, do you try to make it over to certain sections and exhibitors, or do you go exploring?

The South Hall is the jungle we like to hang out in. We know lots of people exhibiting there and know lots of people walking around. Kind of like a nutty homecoming of sorts. The Blackmagic Design booth is always fun as is the Canon and RED booths and the Adobe presentations are always fun. We love all the small developer booths. You get one-on-one time there. Smart people, great fun and really cool products. Then there is the back of the hall. Always a surprise there. Back of the hall is a “must walk too.”

Since we’re discussing NAB we also need to talk about the SuperMeet, which is happening for the 14th year in a row. What has you most excited about this year’s event?

This is the last year we will ever hold a SuperMeet at the Riviera Hotel. Why? Because the LVCC just bought it as part of its expansion of the Convention Center. Is that exciting? No. In fact its kind of sad, but we will be the last big event ever at the Riviera so at the very least all of us attending the SuperMeet will be making a bit of history. We can all say we were there just before they blew it up.

As for the SuperMeet itself, it’s going to be a jam packed show. We intend to cram a bunch of presentations into the time we are allowed. More then ever before. If you are not interested in one presentation, wait 10 minutes and we bet you will be. Its going to be a HUGE show this year. Something for everyone. 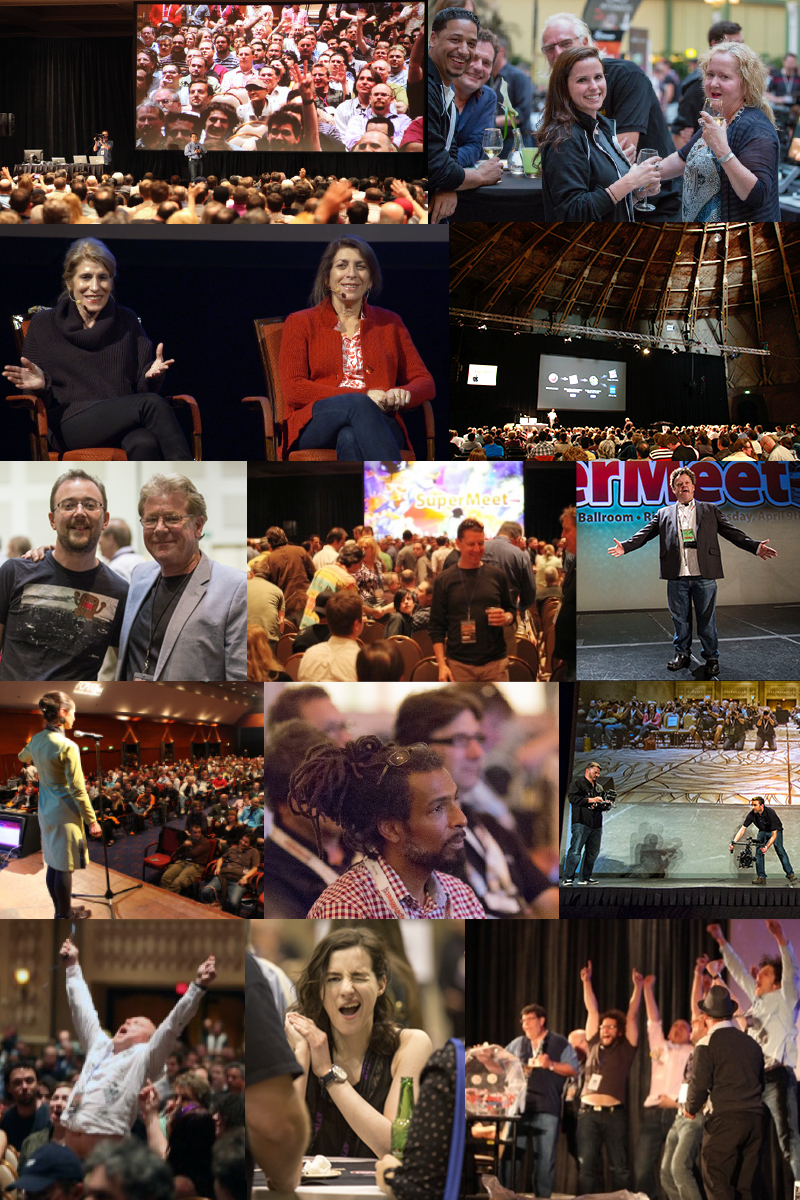 There’s something for everyone at a SuperMeet

What sort of feedback have you gotten from people who attend a SuperMeet for the first time?

“Fun” is probably the most often used word we get. That’s what a SuperMeet is supposed to be. Yes it has its share of commerce, but it is NAB and that is part of the whole experience. It’s a tough balancing act producing a SuperMeet. We try and find a balance between fun, education and commerce. Most people go to a SuperMeet for the fun, but we do want them to go home knowing more than what they came in with.

Speaking of raffle prizes, the SuperMeet is known for its World Famous Raffle. What advice might you have from first time SuperMeet raffle attendees to get the most out of a raffle win?

Let your hair down and go GOOFY. The more goofy you are the better chance you have to win more than the prize that is announced. The World Famous Raffle is where 1300 people gather together in shared goofiness. Act silly. It’s the only chance you might ever have in your life to be rewarded for simply being silly. How wonderful is that?! Embrace your inner goofy.

And this year, our raffle is now going to worth over $113,000 – yes, folks, you’re reading this right! We’re giving everything away from a Blackmagic URSA EF and other cameras to the latest and greatest hardware and software solutions for our industry.

We’re also repeating what we did last year by holding a special “Free Door Prize Raffle” eligible only to the first 500 people through the door before 6pm – the new HP Z840 workstation powered by nVidia Graphics and a 27” HP DreamColor Display worth over $10,000!

But we’re not done yet – everyone who buys a ticket and shows up at the SuperMeet will walk away with a GenArts Sapphire prize – EVERYONE. That’s huge! 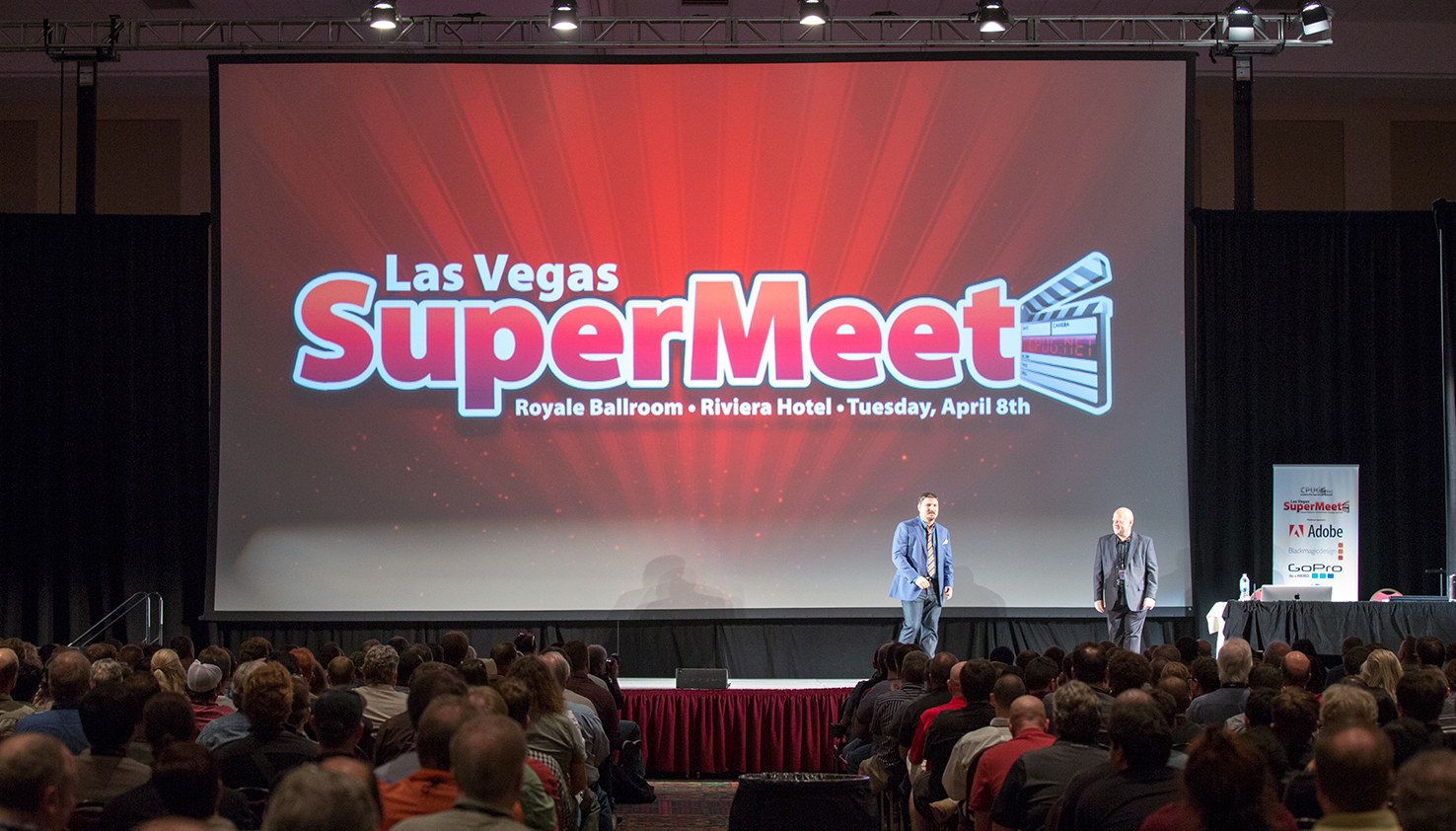 Do you see the SuperMeet as being more about networking or as an educational opportunity?

Networking first and foremost. That is what SuperMeets are all about and will always be about. They are designed to give you choice. You can go into the theatre and watch the presentations or stay out in the “Digital Showcase” and meet and greet or do both. We open the doors a couple hours before the stage presentations in the hopes that people will talk to each other. We can’t tell you how many people over the years have met someone at a SuperMeet who have changed their lives. It’s not an easy thing for creative people to talk to each other, especially if they are complete strangers. But the ones who have the courage to say hello always get the most out of a SuperMeet.

Where and when is the SuperMeet being held, and what’s the best way to sign-up for it?

Tuesday, April 14th at the Riviera Hotel. Doors open at 4:30PM for the Digital Showcase featuring over 25 software and hardware developers. “Delicious” hotel food and cash bars will open at 5PM and stage presentations begin at 7:00PM. World Famous Raffle starts at about 10PM.

You can get your tickets at http://supermeet.com and if you use the discount code pvcvip you can save $5.00 off General Admission. Use that $5.00 to buy extra raffle tickets.