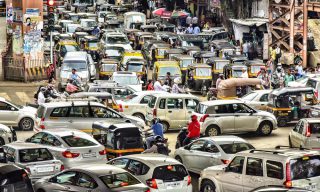 Audio atmospheres are a powerful and subliminal way to indicate many aspects of a particular scene with sound. In the convention of filmmaking (and our lives) we know that if we hear crickets chirping it’s nighttime. We don’t need a close-up of a cricket to understand that. The same is true with birds and their use in soundtracks, if we hear chirping – it’s typically daytime.

A sunrise shot that is fading in may focus on the location and perhaps the changing colors in the sky, and in audio we may hear the birds as they celebrate the coming day. These are not mere conventions of filmmaking however. It is the way we experience sound in our lives. Although we may not “hear” the birds, or cars, or leaves in the trees, they are there during any typical day. Humans filter many sounds to better focus on the current task at hand. A designed soundtrack however would feel empty without these environmental or man induced sounds.

These two examples – birds and crickets not only help shape when we are, indicating time of day, but they also indicate where we are – the country, the city, the ocean, or perhaps a spaceship. Sound is constantly used as a reference point to help tell very important and specific times and locations of the story.

Big cities usually have a cacophony of sounds. For instance, if there is a wide angle long shot of a large city and it’s eerily quiet, the lack of sound is jarring and immediately sets the stage for a coming scene that will explain where everything and everyone has gone. Audiences intuitively know that a large city makes a lot of different noises. If the only sound in this empty city is an occasional gust of wind, we anticipate that something devastating has taken place. 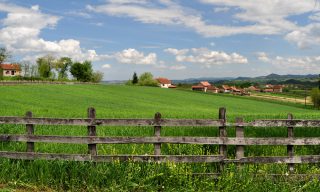 When starting the design of the effects portion of the soundtrack for any particular project, it is a great idea to start with the background sounds, ambiances or atmospheres. These are what are generally referred to as BGs. Generally speaking, BGs will be cut to match the scene so that the BGs shift with each scene change.

When cutting for backgrounds it’s a good idea to think about sounds in layers instead of finding a single sound effect to cover the whole scene. With the breadth of amazing sound libraries out there, very specific backgrounds can be found. And certainly, properly EQ’d and blended they might just do the trick. However, scenes change and background sounds are constantly in motion, so layers can provide a better bed for mixing.

Let’s create an example for a point of reference. It is an outdoor scene in a rural setting. There is a road off in the distance that can be seen, lots of tall grass and some free roaming animals. It is daytime and it is hot outside with the sun blazing high in the sky. A sparse bird track from the proper region of the world would be a good place to start. Some editors may take a single, simple, one-minute background and copy and paste it over and over throughout the scene. While this may work fine, it might have a distinctive crow call or other sound that repeats every minute and eventually becomes a distracting, rhythmic sound source from the scene. Nature is typically much more random. Atmospheres are meant to enhance the scene and not distract from it.

This use of layering offers the mixer a lot of opportunities for variations in the soundscape. Since each element is individual, now the opportunity exists to match the action onscreen. Bring up the tall grass if that is favored in the shot, or do the same with the passing cars, mixing them up and down. This is not meant as a replacement for hard effects of specific things happening on camera. This is about backgrounds. Of course, if there are numerous things happening in the scene as well, like a cow wanders in who is also mooing and has a bell attached to its neck, then those things might be covered specifically as hard sound effects, outside of the backgrounds. 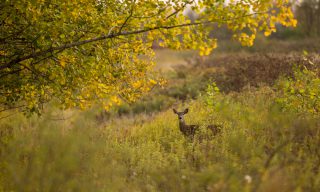 The layers of varied tracks of backgrounds in surround mixing can be spread to create the space and depth of a place. When I am setting up a mixing session I like to pre-set panning settings of various tracks of backgrounds in the mixing template for Pro Tools. For instance, I might have a series of tracks that are only sent to the surrounds, some that are sent only to the front left and right and others that may slightly favor the front or the back, but include all of the speakers.

By setting tracks up in this manner, then cutting the desired backgrounds to the appropriate track, in a very general sense, the proper spread of sounds has started. This is only a starting point of course, to be changed for each individual scene and each individual moment as the mix and sound edit grows.

Be creative in your choice of atmospheres since they ground the scene in its filmic reality. Their use not only defines the space and time of a scene but can offer more to the story in juxtaposed situations like the prior described eerily silent town. We know that imagined city should be loud and bustling with atmosphere. In this case the absence of sound helps tell the story. Be creative in your atmosphere layers as you edit and you’ll be more creative in the final mixing of those BGs. BGs help tell time and place.