An interview with program designer and master of ceremonies Jeff Greenberg

The Editor’s Retreat 2014 is an exclusive summit for experienced editors. Taking place this February 26th through March 2nd in Savannah, GA, the event is reserved for a small, elite group of experienced editors selected through an application process.  Their goal is to help you expand your professional network and build lasting relationships with the other attendees and instructors.

Rest assured that the top names in the industry will not only be at the event but providing instruction to attendees.  Richard Harrington, Eran Stern, Oscar-winner William Goldenberg and our very own Scott Simmons will all be there to provide a one-of-a-kind learning experience. And PVC members can get 10% of the admission price by using the code “PVC14”. 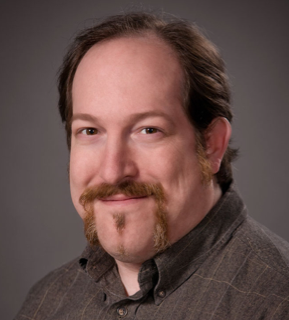 I spoke with program designer and master of ceremonies at the Editor's Retreat, Jeff Greenberg, to talk through some of his experiences in the industry as well as what attendees can expect to learn and discover at the event. Jeff has been editing for almost 20 years and has worked on Apple, Adobe and Avid systems in the areas of editorial, compositing, sound, color correction and compression. He's also a seminar speaker as well as a post production specialist/consultant.

What’s an issue you see coming up over and over again between editors and their clients/bosses?

A lack of understanding of what the tools can and cannot do; and this is particularly sensitive in the current environment where the stress is to do it faster and cheaper. Nowhere else has this had a greater impact than the raw video itself.

More professionals are getting handed more footage with less concern about the quality; overshooting, shooting in the wrong format (frame rate, frame size, etc) with less crew, are causing greater and greater headaches for editors.

What sort of shifts or changes have you seen in the approach professionals take to editing?

I think the biggest is this: Everything is file based. Everything. There are other important shifts, such as the democratization of the tools, the distribution having become purely digital, 4k coming down the pipe….

But file based tools means it’s cheap to shoot more. And the deadlines don’t change.

More footage (and storage!) than ever.

The volume of media is astounding…and it’s something we’re definitely talking about this year.

How do you respond to people who ask about the “best” editing system?

Is there such a thing as a “best” hammer? Do you want to be defined as a system operator or a storyteller that brings something to the table?

This event is agnostic; we have editors using the major NLEs (Adobe, Apple, Avid) but also tools like Smoke, DS and Lightworks.

What’s important is finding the tool that’s best for your workflow, that meets your unique needs.

Tell us about the Editors Retreat. What is the goal of the event and who is going to be participating in it?

The Editors Retreat is a boutique conference designed by editors for editors needs: sessions to inspire creativity, networking, sessions on technical subjects and the art of the business are all part of the five day agenda. It’s truly a retreat – a chance to get out of the editorial room and come together and be part of a group pushing the boundaries of our industry.

You’ve seen at least one of the films edited by our keynote: William Goldenberg. He won the Oscar this past year for Argo and a small sampling of his credits include : Zero Dark Thirty, Gone Baby Gone, Miami Vice,  National Treasure, Plesantville, and Heat. Other editors in attendance span (as of this interview) three continents for a truly world wide audience. Gold sponsors like Adobe, NAB and G-Tech not merely support the event, but ask for input in shaping the future of the industry

What sort of things can attendees expect to learn?

Every session has something valuable for even the most experienced editor, given there are sessions about creativity, business, and deep technical sessions.

Just to highlight one from each of those three categories

Creativity: The crowd favorite is nearly always “Everyone cuts the same scene.”  It’s amazing how much insight you get about your own process as you see how 50+ people approached the same problems during an edit.

Technical: Adobe After Effects is either something you’re embracing…or avoiding because it’s so powerful. We have two focused sessions (of 3 hrs each) designed for either of these groups.

Business: Social Media is both a source of pleasure…and more ’noise’ in your communication stream. We have a session designed just to help you filter the value from the noise.

Each session at the event has been hand crafted to maximize value for an editors point of view.

How has attending the event impacted people's careers and/or outlooks?

Just the networking and social connections alone have changed the alumni’s lives – that’s why so many come back year after year – the value beyond just the immediate learning.

Where can people go to sign up or learn more?