When we teased out Eric Escobar’s recent piece on social media, a number of people jumped on us for publishing click-bait. That was obviously not the intention, as anyone who read the article can attest, but it’s an understandable reaction to seeing “Video Editor: A job on the edge of extinction”. After all, how often do you see a headline along the lines of “The Machines are Coming for Your Job!” only to find out the headline is just as misleading as the info the article possesses. 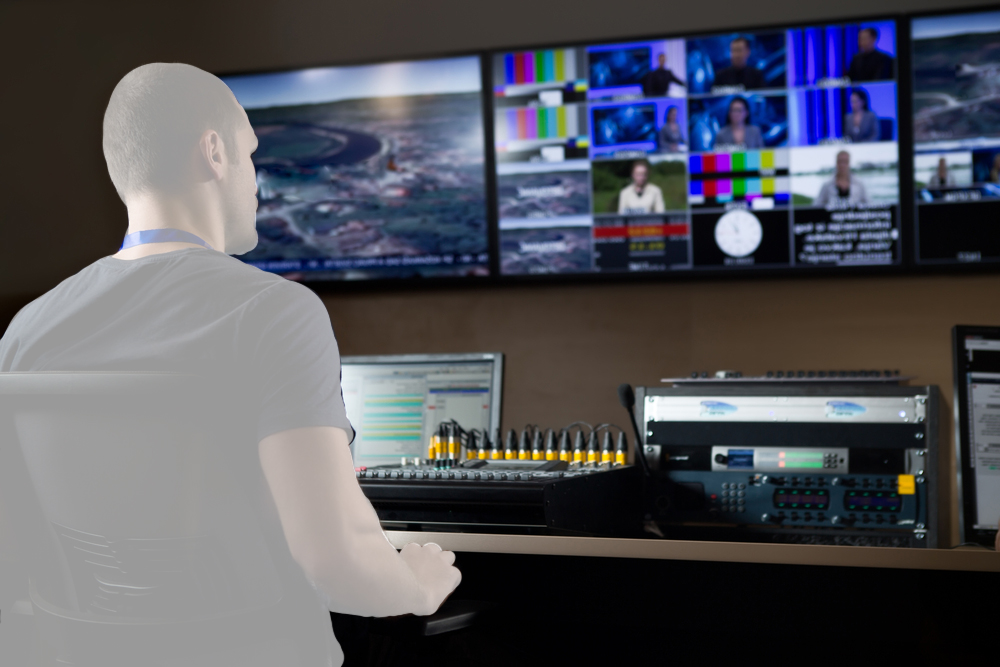 When we teased out Eric Escobar’s recent piece on social media, a number of people jumped on us for publishing click-bait. That was obviously not the intention, as anyone who read the article can attest, but it’s an understandable reaction to seeing “Video Editor: A job on the edge of extinction”. After all, how often do you see a headline along the lines of “The Machines are Coming for Your Job!” only to find out the headline is just as misleading as the info the article possesses.

No, video editors aren’t going to all find themselves extinct or unemployed anytime soon, but things have changed for them and for other post-production professionals. One of the biggest factors in that change is automation, as it has and will continue to have a major impact on the livelihoods of everyone working in post. Instant sub clips, project organization and fast editing while ingesting are just a few of the ways post-production has been impacted by automation.

Change can be a good thing though. After all, does anyone want to go back to the days of splicing tape and razor blades? Similar changes have happened in other areas of the industry, as DITs have taken over for film loaders. The DIT position is arguably a bit more complicated than the film loader position, but the important thing to note is that the change was about evolution, not extinction.

Of course, that’s the real question in this discussion. Are video editors dealing with evolution or extinction? Editing jobs aren’t going to be turned over to the robots anytime soon, but the tasks and responsibilities that are being turned over to them in post impact the way professionals are working, and that distinction was part of the response to the article.

@editblog @provideo If you replaced Video Editor with Assistant Editor it would be more accurate (except at the high end).

Generally speaking, assistant editors get everything where it needs to be for the editor by handling file ingest and organization, and while that process looks a bit different today than it did five or ten years ago, the principle of the work is the same. The position still involves working with footage and the editor to assemble the project in a technical and creative capacity.

The thing is, automation represents something that goes beyond the process change that saw the film loader transition into a DIT. Automation has the potential to change the core principle of the AE position. There are automated systems designed to take care of ingest and organization, thereby limiting or even eliminating the need for having an AE. Sure, you still might need the AE to manage the process or system, but that work removes the AE from the actual editing or working creatively with the editor. Removing someone, however large or small their role might be, from the creative process represents a paradigm shift. And even if that role in the creative process is a very small one, it also means we find ourselves on the slipperiest of slopes.

Eric lays out how these systems are using deep learning to get more sophisticated, to the point that they can identify details from pictures alone, which means the system can recommend or even make creative choices. It leads to a question that he phrased far better than I can…

If a computer can interpret the activity going on in an image or video clip, then how long before we have apps that will organize and edit this into coherent and logical sequences of clips?

Notice that he’s not saying or even suggesting the logical sequence of clips assembled by a robot is better than what a person can do. It’s merely about the capability, and in turn what that means for us.

This development goes deeper than any of the technology changes we’ve seen in the past few years or even decades. Since the dawn of film, the goal has been to build a better mousetrap behind the camera. Filmmakers and technicians have been working to make their productions smoother, quicker and better, but all of those changes were about process. Automation is about more than a change to the process. Automation has the potential to make creative choices, which means human beings would no longer be needed to make them.

The creative choices that human beings make are what many in the industry have cited as the reason that any talk about how this development will functionally impact editors is glorified hot air. There were a number of passionate and eloquent responses that talked through the position, but I thought Tom Diasio summed it up nicely in his comment on a Linkedin thread.

If you’re good at something you can make it look easy, and that certainly applies here. Anyone who thinks the editing process can be boiled down to a bunch of 1’s and 0’s doesn’t really understand the craft, but more importantly has no idea what goes into cutting a piece of content, whether it’s a film or a YouTube clip. An editor is constantly making creative decisions that impact everything about their project, and those decisions are about far more than algorithms.

There are two things that strike me about this article. Well, three if we can count my surprise that the Denny’s Corporation isn’t raking in way more cash. Aren’t those restaurants everywhere?

It isn’t difficult to tell which piece was written by the robot and which was written by Scott Horsley. The piece written by Horsley is much more nuanced and has details that go beyond the raw information. Is the machine’s better? No. But taken on its own, few people would have any issue with the way it was written. That’s striking.

What also stands out to me is that it took the robot two minutes to assemble the blurb, while it took Horsley over seven. What’s more, there’s a fixed cost associated with the robot, but there isn’t with Horsley. That means the robot is already faster and probably cheaper, and it’s only going to get faster and cheaper as time goes on. That’s a lot to consider, especially when you think about it in terms of our industry.

Let’s assume that a robot will never be able to replicate the creativity and nuance of a human editor. Fine. But how much will that matter to certain people looking to assemble a video? Will there be a number of producers who elect to use the cheap editing robot because they don’t want to pay a human being? Are we headed to a future where ideas can turn into a reality at the push of a button?

What was also discussed on that thread was that right now, editing services are being developed which will allow you to upload footage and then provide a cut based on your simple voice command procedures. Sure, those videos won’t have much soul or nuance, but if you’re a corporation just looking to assemble a video for your conference that is only going to be played one time, how concerned are you about not having that soul and nuance?

@editblog @kyl33t @ProVideo @ericKontent AI must go beyond just literal though & understand ‘why’ not just ‘how’. Ex. the Kuleshov Effect.

Andrew is certainly correct, but if Moore’s Law has taught us one thing, it’s that automation is only going to get better and better. Eventually, there will be algorithms that enable and encourage creative choices so that a machine could conceivably create its own Kuleshov Effect. Or something completely new. What kind of creative choices would the robot make? Would it ultimately put together a superior edit if it were pitted against a human?

Let’s…take a step back. Because right now all of that is hypothetical and no one is arguing that it’s even on the horizon. Today, automation in post is basically about one thing, and that one thing is a big deal.

@adkimery @editblog @kyl33t @ProVideo @ericKontent We’re all about “taking the boring out of post” by automating what can be automated.

Letting the robots take the boring out of post is a good thing. Post professionals who have the ability to focus on creative editing decisions and not get mired in technical details are going to produce better work. Automation can and does make that possible, and in some ways it’s directly influencing an evolution of the traditional roles in post.

A comment on Reddit in response to the article mentions the opportunities that have been opened up as a direct result of this sort of technology.

As our own Chris Zwar says, the job he does now is something he didn’t even know existed when he began his first job as a non-linear editor. I’ve talked with professionals who reinvent themselves every few years because of a change to a process or in a tool. Evolution can and is happening throughout the industry, and many professionals are embracing the opportunities these changes represent.

That said, we have to remember automation has the potential to change more than a process. Automation isn’t just about making people more efficient. It can and is impacting and even taking away the responsibilities that professionals have. Processes can evolve to increase productivity, but when responsibilities are eliminated as a result of new technology, we’re talking about something else entirely.

Let’s not lose the forest for the trees though. Most of this is speculation, some of which might be ill-advised on my part. That fact is not lost on me.

@editblog @Adamski @ProVideo Every editor I know in the SF bay area is overworked and flooded with gigs, what planet is ProVideo from?

We’re not going to be seeing “EditBot 3000” listed as the editor on a film anytime soon, but that doesn’t mean we shouldn’t consider what inevitable technology changes and developments are going to mean to professionals at every level. Automation has the potential to greatly impact whether or not someone with a budget for a small editing job will be happy enough to upload their footage and direction without ever talking to or dealing with a human editor. Leaving aside the actual job the EditBot does, having the option to go to it is a game changer.

How can this potential extinction turn into actual evolution? How can these tools support the way we’re working without taking over? Those are the sorts of questions we should be asking in order to ensure these tools and services support the work we do, rather than supplant it.