It’s been a busy two weeks 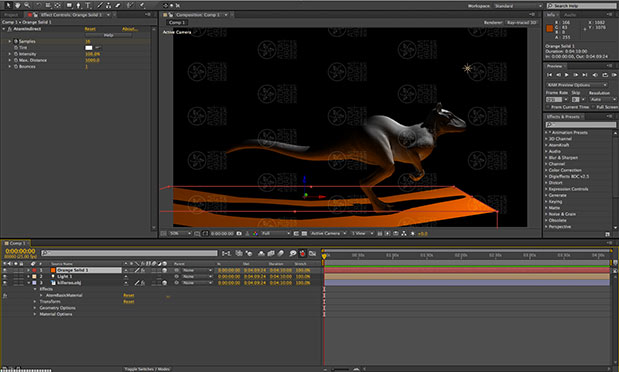 Here’s the latest 2 weeks or so of assorted After Effects tutorials, tips, and scripts & plug-ins new and old.

Lester Banks took a First Look at AtomKraft 3D Environment for After Effects with a set of movies along with text that explain many of the features of this forthcoming comp renderer. Here’s just a small portion of Lester’s review:

Video Copilot’s Element 3D has a Release Date that’s nearly the same times as AtomKraft’s, and both seem like a big bonus for users. Element is a 3D object-based plug-in that’s also a particle array animation system with extrude and bevel features. [update: check out the July 5 preview video from Andrew Kramer] 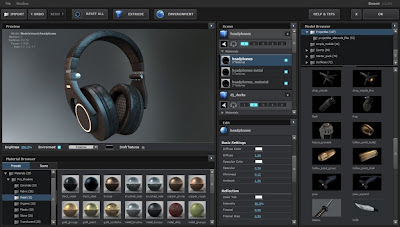 VinhSon Nguyen shared his method for Building An iPhone In After Effects, which evoked some good comments. He also posted Bonus Video: Building a 3D iPhone Completely in After Effects Part 2:

Using and creating After Effects scripts from AE Portal shares some learning and script resources, including the release of a new After Effects Scripting Guide (details at scripting changes in After Effects CS6, plus new scripting guide).

Kevin Snyder posted a project file for CS5.5-6 using Trapcode Particular to create grass blowing in the wind. “The grass is looping, so you can have it animate as long as you would like.” This follows Andrew Kramer’s bonus jungle scene that used CC Hair effects to create some overgrown bits of grass on 3D text. Earlier Harry Frank posted Particular Grass, a free AE project file. Here’s the preview from Kevin:

AE Map from AE Scripts was updated and added AEMap Utilities, for dealing with a layer issues and nested comps:

Subblue‘s unique Pixel Benders aren’t supported in AE CS6, but Nabscripts posted his port of Subblue’s Guilloch© Patterns on the MotionBoutique blog, in Create Guilloch© Mask in After Effects using a simple script. Vaguely similar stuff can be found in A few spirographs in After Effects. Here’s how to make a Guilloch© pattern in Illustrator:

Let’s Give CC Page Turn Another… Turn by Adam Everett Miller appeared on AEtuts, and as After Effects A-Z: CC Page Turn on Motionsworks. Other examples of CC Page Turn include a fuzzy Paper Rip Effect in After Effects from Michael Szabo and Splice Together A Quick Filmstrip Animation from Fabio Cunha. Here’s Adam’s preview:

After Effects provides only a narrow range support for DPX files, so Brendan Bolles of fnord software released a free AE plug-in, DPX Plus to support 8, 10, 12, or 16-bit images, with alpha channels.

Check out Inside The Walking Dead: Visual Effects, in which The Walking Dead‘s visual effects supervisor takes you on a tour of how some terrifying zombies and exciting scenes are created, with After Effects RAM previews on screen.

Ian Townsend posted Maya Mel export to After effects. With or without timewarp.

Steve Butcher posted Tutorial: Fisheye Lens Correction with After Effects, using the Optics Compensation effect (not CC Lens) on GoPro footage. Until there’s some kind of automated “lens profiling” embedded in metadata, you probably need to stick with the grid alignment method shown here. See also some advanced tips and techniques from Russell Brown for working with Adaptive Wide Angle inside of Photoshop CS6, looking at built-in correction tools that help you adjust lens distortion.

In HUD 11 – Video Tutorial, Cassidy Bisher shows “how to use one of the templates from the Digital Displays Pack on DropDrop.com. Learn how to drop in video (or photos), use the render queue, add dust like particles with the shading feature enabled within trapcode particular, add a 3D light and keyframe it’s position over time, move the camera in AE, use Easy Ease, use Holomatrix to create a Holographic effect over the top of your footage, use Magic Bullet Looks to add diffusion to your final composite.:” See also the continuation of the Screen Fillers HUD/UI series by Stefan Surmabojov.

Expandables 2 Title Sequence: Tutorial Using After Effects CS6 + ShapeShifter AE from Mettle has only a touch of hard sell.

A Focused Look Motion Blur In After Effects by James Whiffin covers familiar ground seen in the roundup Adding motion blur in After Effects, though comprehensively:

“Instagram filters for video” by Brent Pierce are Photoshop actions made into LUTs and presets for use in After Effects (and other software using LUTBuddy). See also the Apply Color LUT effect in CS5+.

Adobe After Effects CS6: Introduction & New Features by Brian Maffitt is now available from Total Training. Many of these are free on Adobe TV; here’s a sample:

The First Official MoChat happened recently, looking at the new ray-tracer engine in AE CS6, and a transcript of the Twitter chat is available at Motion League. It’s “an idea that grew out of the popular post-production chat: PostChat.” MoChat is scheduled to return on Tuesday July 10th at 9PM EDT.

Danny Princz and Juan Salvo have been doing a series of tests (latest) using various supported and unsupported Nvidia graphics cards and After Effects’ new ray trace engine. Bare Feats added their own Mac-oriented results in GPU acceleration in After Effects CS6: Which Mac does it better?

How To Enable GPU Cuda in Adobe CS6 for Mac, by Mike Gentilini, Jr., covers enabling lower-end cards for AE and Premiere. As you may guess, some AMD/ATI cards in Macs may also work in Premiere-unofficially-as shown by Steve Oakley and by Kanen in Mercury Playback on a 27″ iMac with AMD Radeon 6970M (Premiere Pro CS6).

Nick Fox-Gieg ? posted a New KinectToPin to After Effects motion capture demo, showing the whole process. Unfortunately, there’s only music and no narration. “If you’re looking for a step-by-step guide to using my KinectToPin mocap app for After Effects, watch this series of video tutorials by Victoria Nece.” Kinect is moving beyond Xbox; see Freaks, Geeks and Microsoft: How Kinect Spawned a Commercial Ecosystem. 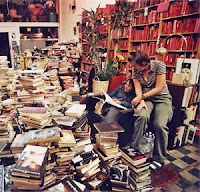 The AE Help PDF is welcome, even if Adobe now has let Google start indexing CS6 Help contents, and even if it is a poorly designed afterthought. It seems that Help hasn’t been fully revised in 2 years (clue: “What’s new in After Effects CS5”), and that Adobe itself won’t be participating in professional new media publishing, since the docs of some other Adobe apps may be in worse shape. It could be that most users won’t RTFM in any case!