Recently in the world of After Effects, there’s news on releases of particle plug-ins including fluid dynamics, further discussion of AE CC 2019, podcast backgrounders, tools, UI, training, and more. 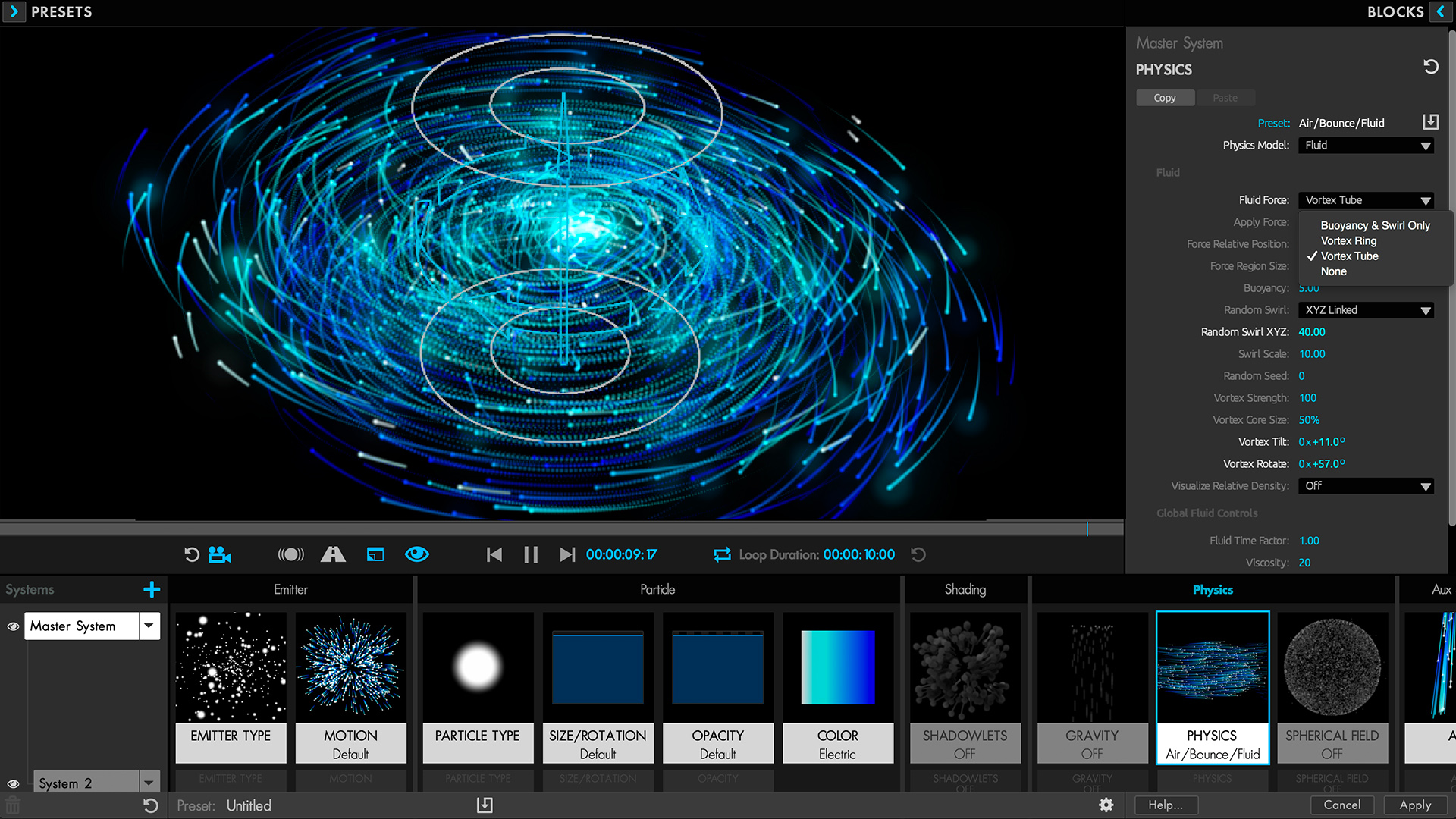 This week, Red Giant introduced Trapcode Suite 15, a pricey but powerful set of 11 plug-in tools for creating particle simulations and 3D effects in Adobe After Effects. Red Giant surprised almost everyone by introducing fluid dynamics for Particular and Form.

For the first time, artists can create particles in After Effects that interact in a dynamic fluid field — particles that swirl, mix and react to realistic forces. Also new is the ability to load 3D objects in Trapcode Mir. There’s a lot to explore here, in the Magic Bullet-like preset browser/Designer, in Mir, and in the difference between fluids in Particular and Form. Hopefully there can be more particle detail in renders.

Not to be left out, Superluminal Stardust is also getting an update next week, and it’s free: “3D rendering capabilities have been vastly expanded, there’s a free 3D library with 150+ textured models, and more.

Twenty minutes until tonight’s #mochat, we’ll have some of the members of the After Effects team around to answer questions about the new release. Come hang out and chat.

Adobe has a summaries of what you should know about the new Adobe updates, but they’re live tutorials and can be a bit noisy or unfocussed (unfocused; so is it me).

Continuing his series on Adobe video updates for 2019, Boone Loves Video shows you How to Use ADOBE FONTS in Premiere Pro & After Effects (2019). Boone explains that Adobe Typekit is now Adobe Fonts, it’s now all free, except for 3rd-party offerings.

At Adobe MAX, Adobe shared that Content Aware Fill is coming to After Effects in “near future,” perhaps meaning at NAB in April 2019.  Oddly enough there was a Content Aware fill method of doing something similar in Photoshop and After Effects with a script.jsx published 5 years ago by Motion Boutique (untested here). See the Adobe demo below at the 10 min mark in Adobe MAX 2018: New Features and Updates Across Creative Cloud Video Tools, with more from the conference from Premiere Bro.

For the further into the future see, 2018 Adobe MAX Sneak Peeks (Full Length).

Evan Abrams posted Dots to lines to letters a couple of years ago. You can learn how to transform dots into lines and into letters, or any other shape, starting in Illustrator.

Also older and just because, here’s Animated Polygon Tutorial by Andrew Kramer. He shows you how to create a “fancy” not-quite-retro cascading stylized old-fashioned polygon. Project File available in 2014 format.

Strokes covering Strokes: Animated cave painting look by After Effects Tutorials w/ Mikey has a solution for when you need something that’s transparent to pretend that it’s not. Ooh, it uses Set Matte.

Ukramedia’s podcast series features a variety artists, trainers, and toolmakers. Recently they’ve featured Mikey Borup, whose experience with his popular YouTube channel (After Effects Tutorials with Mikey) is shared in The Key to Youtube Success: Quality Content and Consistency.

This week’s podcast is 042: From Pre-med to Motion Graphics – Lloyd Alvarez, with the founder of AEScripts.com.

AEScripts.com continues to provide a plethora of useful tools for After Effects, which are in a way the accumulated knowledge of a generation of designers crystallized into automated animation assistants. It’s a full time job just to track those tools, so we’ll mention just one recent offering, keyboardFX, a tool for After Effects designed to “generate fully customizable keyboards together with user-defined typing animations.”

NEW: keyboardFX is a tool for Adobe #AfterEffects designed to generate fully customizable keyboards together with user-defined typing animations. Get it here: https://t.co/Dkq1aPu04f pic.twitter.com/0cYvociAyX

After Effects for Editors Part 7 – Simple Tips from Jonny Elwyn has a bunch of stuff in it, including references to some free resources (at least one is no longer available) and references to a free course by Parker Young of Animoplex, Intro to working with After Effects Expressions and Scripts.

I’m a sucker for Ball Action (no pun intended) so check out BKAP Episode 01 – After Effects: CC Ball Action, also by Parker Young of Animoplex.

fxphd has a new course that works through a live action compositing shot in After Effects, combining green screen footage, digital matte painting files, and other elements. City Environment Compositing in After Effects is taught by Russian artist Kirill Pleshakov and utilizes a scene from the Russian short film “Something for Nothing.” It includes over 5GB of source files that you can use to follow along with the course. Along the way, you’ll solve numerous problems with source material and elements to create the final shot. 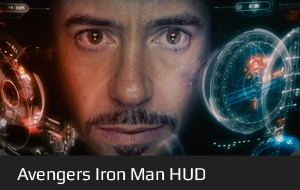 If so, you might join Jayse Hansen‘s list Let’s talk F’nUI Design! on FUI =  design. He’s “currently sharing behind the scenes, latest next-gen design strategies, breakdowns, tools + workflows that I use on feature films – Straight to your inbox. Design, Animation and Compositing of UI’s, HUDs and holograms!” To preview some of this type of work, see the blog and it’s resources.

There’s also a Reddit group for Fake UI, r/FUI. It has an expressions section, that provides a custom JSX file for the library created by Tim Kurkoski from the AE team.

Lester Banks noted An Easy Way to Set Up Facial Expression in After Effects by Meghdad Asadi, “who extends his character rigging basics [another tutorial] in After Effects to setting up simple facial expressions. Previously, a tutorial showing a basic overview of setting up bones and IK/FK with the free DUIK tools. The companion tutorial to that is how to set up the smaller details of facial expressions.” Lester has more details on this tutorial and a more involved setup by Dave Legion. 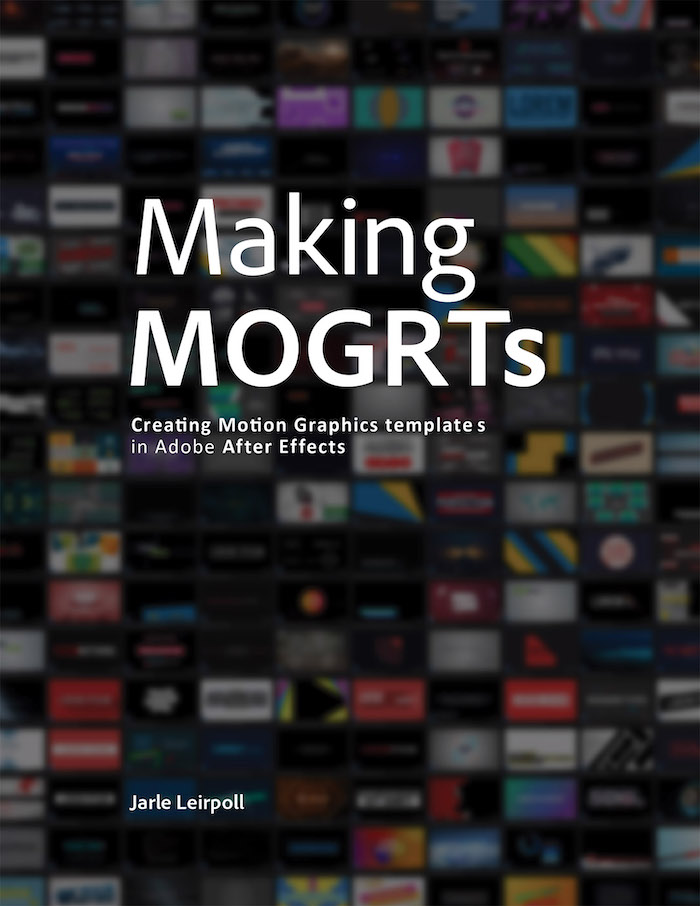 Adobe has made it available for free on their website: https://adobe.ly/makemogrts.

This was an Adobe-video Uservoice feature request, and it may need a shakedown cruise. 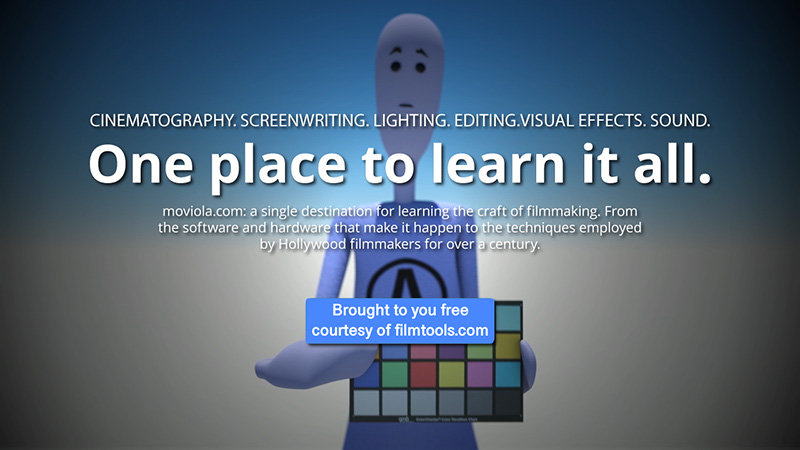 Moviola has a full service non-linear editing rental division serving several locations around Los Angeles with 24/7 workflow design and technical support, camera rentals, tape and solid state media sales. They also have an established training division, and publish Pro Video Coalition. The training division offers onsite and online training for filmmakers, with weekly live webinars and a vast library of professional on demand training, many of which are free.

A recent on-demand video explainer is The Editor’s Guide to macOS Mojave. The latest Mac OS (and .dot update) is here, and even though you may not have updated to it yet, there are a bunch of new features that editors specifically may love. In this webinar, Kevin P McAuliffe shows off some handy tools to:

Retweeted a few weeks ago, but here anyway is Tom Howard‘s popular post of a shot synchronized with the behind-the-scenes view. You won’t regret seeing it.

I'm sometimes asked if working in Film/TV detracts from my enjoyment of watching shows, b/c I'm aware of what's going on behind the lens. I tell them that I often appreciate something more knowing the craft that went into it. E.g.: This is some real movie magic shit right here: pic.twitter.com/7YqYOb9zmV