Enhancing a simple scene through the addition of 3D lighting. 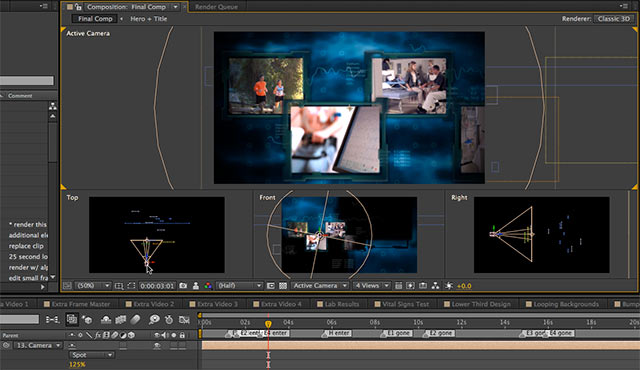 As we mentioned earlier, we’re sharing the free movies from our latest video course that demonstrates creating an opening title from scratch. We were pleased with our initial results, but felt it was looking a touch flat. This movie demonstrates how we used a single 3D light to enhance the scene and focus the viewer’s attention.

In addition to the mechanics of adding a 3D light to an After Effects composition and parenting it to the camera so that it always illuminates what the camera is looking at, the movie below covers a trio of lighting techniques to enhance our scene:

By the way, we are a huge fan of the idea of using 3D lighting in After Effects to enhance the appearance of a scene – even to relight already-shot 2D footage. If you are new to using lights in After Effects, the introductory movie below is from a short course we created on lighting back in 2007; we plan to create a more extensive course on lighting tricks later this year.
Support ProVideo Coalition
Shop with