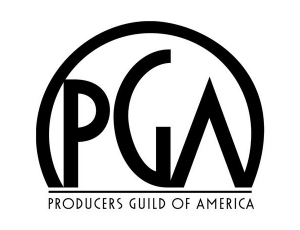 JB: Can you describe your role within the producer’s guild and your connection to transmedia?

CP: My job in this industry is to enable people to understand what the opportunities are with new technology particularly as they're producing content that may live in different places. What I've done with the guild over the years is do that with a community of people who may work in one arena of digital but who don’t understand the full opportunities that are available to them.

My connection to transmedia is really through the guild, I helped write the credit definition for transmedia producer. Five years ago is when we started in the guild to come up with the first professional definitions of what different roles were in the new media production universe. Those were sadly outdated and needed to be revised, but one that got a lot of attention for us was the transmedia producer credit. Up to that point that was not something that people were using to define themselves. There were a few, but that really changed within two years, it was actually the beginning of last year that the first feature film came out with somebody listed as a transmedia producer. Obviously the floodgates have opened and people understand it a lot better now, but that's a large part of what I’ve done within the guild, that is to build up an understanding of what this is all about.

JB: What would your advice be to someone who wants to apply to be a member of the PGA?

CP: First of all it’s understanding if that’s something that you are doing and particularly if it’s transmedia related, I’d say you’re probably more likely to feel a need to do that than if you’re an independent film or television producer. The reason I say that is it's all about building consensus and community and we need people who are transmedia producers, particularly people who are transmedia producers in areas that we don’t necessarily talk about everyday. People who are in the non-profit world who are doing transmedia implementations, people who are in vertical or government agencies, for example more people in the non-fiction and documentary world are using transmedia, as well as in public television. This is what was great in today’s PGA session, these are all people that are talking about how they actually produce and create in a transmedia model, not necessarily grafting that onto a massive franchise. I think it’s very very important for people to realize that there is a place for professional producers, particularly transmedia producers, that can be with like-minded people, that they will have a professional guild that understands what they do. We are today the only guild that recognizes transmedia producers, we work very closely with the WGA and obviously we have members who are members of the DGA, SAG and AFTRA. It’s a unique proposition for people who are in the role of calling themselves transmedia producers and looking to define what they do through that practice, they should strongly consider the guild because of that fact that we are lucky, we have some of the leaders in transmedia, and that’s largely why we wanted to create that credit, it was just obvious. We had some of the leaders in the space already and we hope to have many, many, many more. I think that two years from now transmedia storytelling will become the rule more than the exception in terms of how professionals in this industry look at telling stories.

JB: Do you have any advice for people just breaking into transmedia?

CP: The advice is really, and I don’t think that every producer would say what I’m about to say, but that you should certainly look to new avenues to break stories. Even if it’s a new platform, an arena that nobody’s looked at before, that might be a kernel of an idea whether it’s trying to create a storyline that involves smart devices, really look at where technology can help you create a point of difference in your story as opposed to something that is flat. I think that is part of the advice I would give and also not be intimidated by it, to me there’s an awful lot of fun in that world. And things that are produced for one platform and can be done very successfully should really be looked at in broader extensions. Particularly if they are young transmedia producers, really look at things that haven’t been done before in transmedia with different platforms and methodologies. I think that's something we’ll see more and more of, particularly as more people come up through university producing disciplines, I think we’ll see much more out of the box thinking in terms of how transmedia is done. So if you’re a young person who is interested in getting involved in this, particularly if you’re in school, maybe you’re in a film program, maybe you’re in a new media program, you’re in a graduate program, really take it to the next level, because… the expectation is that you’re already doing that, the expectation from somebody on the outside is that you’ve already figured this out. Don’t try and do what was done before, learn from it, extend and literally create something new, because you could be sitting on something that could change this industry and it’s only going to happen if you take the risk. You’re already taking a risk by being a producer, you’re taking a further risk by being a transmedia producer. You have to go the limit and say, “what can I do that nobody’s ever done before, even in transmedia, and make it mine, it’s my story how can I let this way of telling stories and the technologies that are associated with it how can that work for me?”