rounding up blogs and video

At IBC 2014, Adobe is previewing the latest features coming to Creative Cloud pro video apps (blog). Features are a bit light this time, except for some important new ones in Premiere, but these are updates not new version releases, like the ones in June. Hopefully there are few kinks in any UI changes amid the high-DPI functionality upgrades.

See the October 2014 update in New Creative Cloud and mobile apps at MAX 2014. 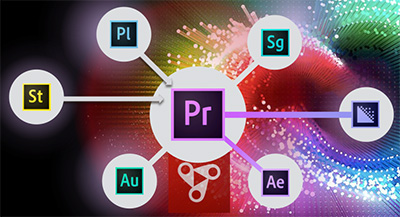 Adobe also hosted their MAX conference, Oct. 4-8 in Los Angeles, to share even more innovations coming to Creative Cloud across desktop, mobile, services, and community. Details were posted in New Creative Cloud and mobile apps at MAX 2014.
Below are the main feature updates (more under the hood and with partners), pulled from a pretty PDF outlining the changes, with links to Adobe and other blogs.

◊ For a video walkthrough, there's a live webinar from Amsterdam, Ask a Video Pro session, on Friday, September 12 at 10 am PT (7 pm EST). Later, Adobe posted the WEBINAR REPLAY.

◊ For in-depth overviews of Premiere CC Next, see Dave Helmly and Josh Weiss below. Here's Al Mooney from the Premiere team with an overview, 'Pro Video Apps Innovation Coming Soon to the Creative Cloud.' 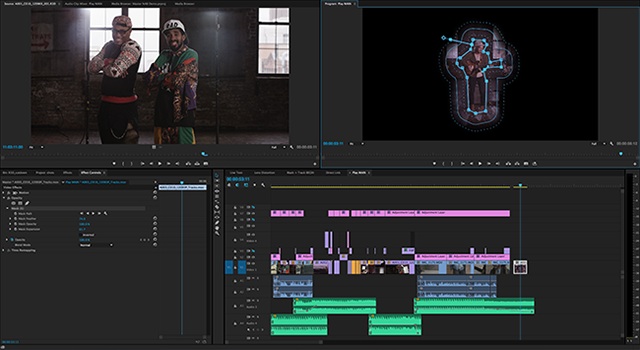 ◊ Adobe Premiere Pro CC 2014.1 (8.1 Update) by Vashi Nedomansky is another summary. By the way, the “Pancake Timeline” was used for many years without a name in both Premiere and Final Cut, probably because Avid-quality Trimming wasn't implemented and direct manipulation mousing was easy.

◊ Remember that UI brightness is user-adjustable when reading Scott Simmons' Dissecting those upcoming Adobe Premiere Fall CC 2014 Preview Features. But yeah, most people will likely agree with Scott and choose a lighter shade than Adobe's full-on dark Appearance setting that makes the blue highlight too bright, though doesn't improve contrast for UI property text. It's not clear if complaints on the Adobe Forum will lead to color pref options, even as found in Photoshop (which doesn't have the UI color problem). 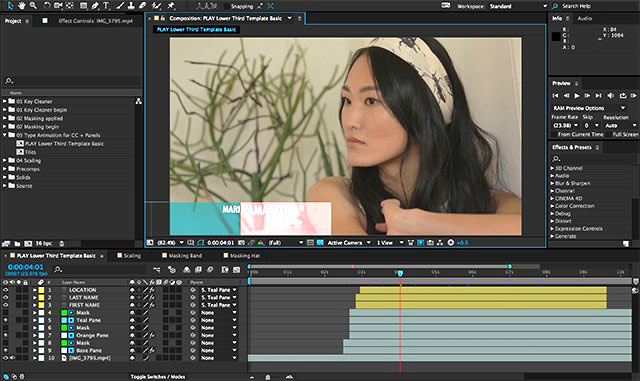 ◊ After Effects Help has a nice New features summary.

◊ For details see After Effects CC 2014.1 (13.1): what’s new and changed in this update due to be released soon from Adobe's Todd Kopriva and Tim Kurkoski. Todd later added what’s new in mocha AE CC 2014, included in the upcoming After Effects update.

◊ Check out the Adobe Forum if you want to talk about the new UI.

◊ Motionworks posted a video, A quick overview of  the new features and enhancements in Cineware 2.0. 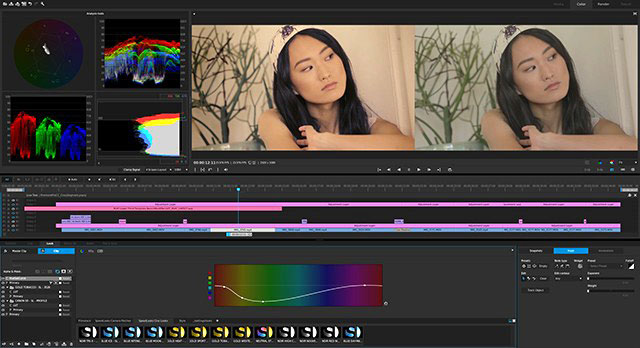 ◊ While not on the new release, SpeedGrade Is Like Photoshop from Creative Impatience is fresh and worth a look for many of us who balked at UI or file format support of SpeedGrade. 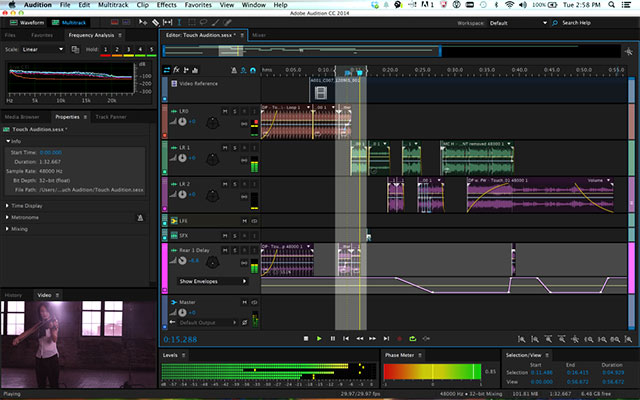 Adobe is also touting market leadership of Primetime Digital Rights Management (DRM), now available across apps on connected devices, including set top boxes, and via HTML5 on major web browsers. They are the first DRM vendor to work with Intel, Broadcom and AMD to enable hardware-based DRM that protects “super” premium HD and 4K content across tablets, smartphones and desktops.