Today at Adobe MAX 2014, the world’s leading creativity conference, Adobe announced the availability of new and updated free mobile apps, like the all-new Adobe Premiere Clip for iOS, as well as 2014.1 updates to the Creative Cloud applications, including all of the video tools: Adobe Premiere Pro CC, After Effects CC, SpeedGrade CC, Prelude CC, Audition CC, and Media Encoder CC. Adobe Story CC Plus and Adobe Anywhere for video also been updated. Creative Cloud members will be able to install these updates from Creative Cloud for the desktop as they become available over the course of the day. 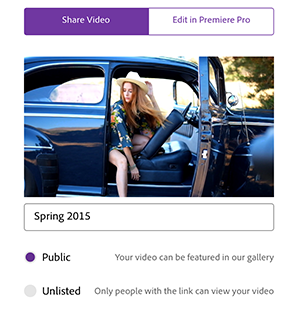 Adobe previewed the new video features at IBC 2014 in September this year. Key themes for the updates include new project and media management capabilities, such as Search bins and Destination Publishing, support for cutting-edge technologies, like HiDPI Windows 8.1 displays and read/write support for the GoPro CineForm intermediate codec, and more streamlined workflows, including Curves adjustments and a refined new Look workflow in SpeedGrade.

The MAX announcements also see the release of Adobe Premiere Clip, a brand new iOS app which makes it easy to turn footage on an iPhone or iPad into great-looking videos. The app allows users to edit and enhance video with professional Looks, effects, and audio. Premiere Clip uses Creative Cloud to automatically sync projects between devices, so that users can shoot whenever they have an opportunity and edit later when they have time. Users can also move Clip projects into Premiere Pro CC via their Creative Profile, where they have access to rich desktop toolset to take their ideas even further.

“With Premiere Clip we’re making editing a function that is always in your hand. Our goal is to bring the tools to the media,” explained Bill Roberts, senior director of product management. “This allows people to ‘just do it’ and start making their own beautiful videos, completely on device, or to use it as a kind of sketchbook for video pros who want to rough out ideas to bring into Premiere Pro.” 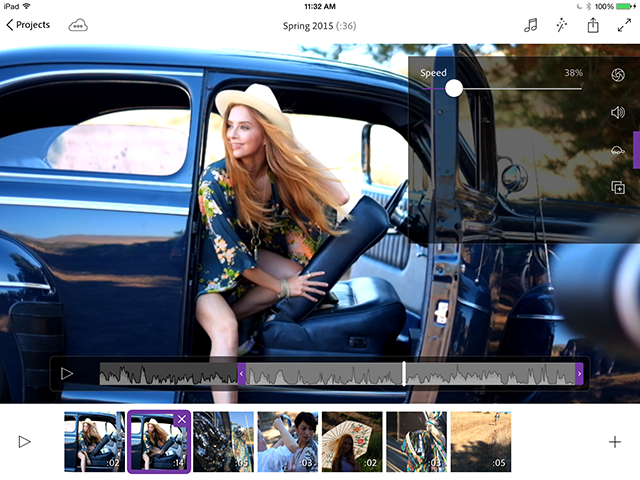 Adobe Premiere Clip for iPhone and iPad will be available as a free download on the iTunes App Store.

The Influence of Gone Girl

Coinciding with the recent theatrical release of Gone Girl, directed by David Fincher and edited on Premiere Pro CC by Kirk Baxter, ACE, the 2014.1 updates include a number of new capabilities developed in collaboration with Team Fincher. These include major features, like Multi-project workflows and Advanced Timeline search, workflow enhancements like EDL improvements and Render & Replace, and important UI and workspace refinements, such as ripple label colors, definable marker colors, and the way in- and out ranges are displayed.

“I believe this was the first major Hollywood film shot at 6K so the scope of the project was huge.” said Al Mooney, senior product manager. “We were working with an artistically-driven and incredibly technical team at the top of their game. It was an inspiring experience for us and we’re immensely proud to have been part of it.” 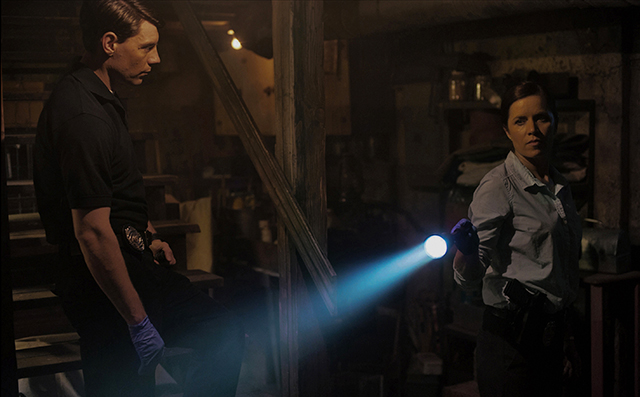 Eighty percent of Gone Girl ended up as some form of After Effects composition on the final Premiere Pro Timeline for the project. This gave rise to the request for the Render & Replace feature from Team Fincher. Render & Replace ensures fast playback of projects with lots of visual effects by substituting comps with rendered clips – without losing Dynamic Link integration between Premiere Pro and After Effects. “It’s exciting for us to be releasing features for all of our users that have evolved out of our work with one of the best filmmakers in the business,” added Mooney.

Along with a significant update to Premiere Pro CC, all of the video tools are seeing enhancements and new features added with the 2014.1 release. For more information, read our IBC preview blog post or watch this overview video by Al Mooney.

Learn more about Adobe’s collaboration with David Fincher and his team on Gone Girl.

Read the Adobe MAX 2014 announcement and learn more about all of the great new fall releases.