It will be painful, but no matter what you do…it will work out. 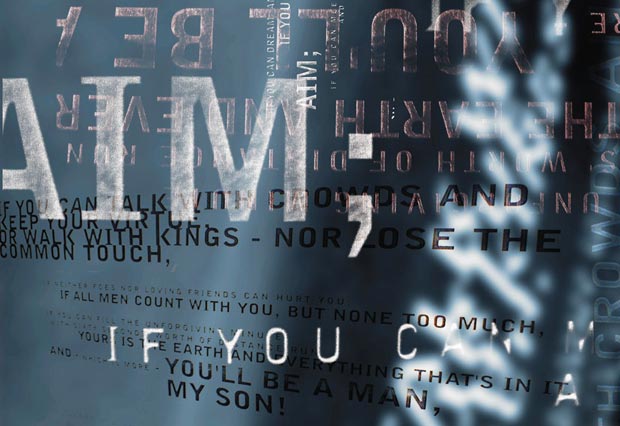 So it’s been about a week and many are calling Apple’s new Final Cut Pro X a failure. Is this premature? Let’s take a look.

To begin, it seems like everyone covering this needs to qualify how they use Final Cut Pro to explain their angle. Here’s mine…

Where I’m Coming From

I edited my first project with 2 VCRs in 1987. I actually taught people Premiere 4.0. I worked with Media100 for a while and I later used Premiere 4.2 for pre-vis quick edits and dropping footage to tape at Lucasfilm. I also hacked around on Avid at the Ranch — just enough to grab clips I needed.

I started with Final Cut Pro 1.0 when it was released in 1999. I have used it for a decade now. My company trains people to create media, we also do a fair amount of it ourselves. I would not call myself a “hotshot” editor, but I’ve pushed the boundaries of the app fairly regularly … which wasn’t hard.

I AM affected by the FCP update. We use probably half the features Apple cut. To add insult to injury, they added a great keyer that killed off one of my company’s most lucrative revenue streams. So … I have some skin in the game, or in this case, some skin left on the field.

Let’s Be Honest For a Minute

So why did Apple do this? Why are editors so upset? Who is actually going to use this app? Who will win in the editing world?

Before we go into that, I need to pop some your bubbles: there were some parts of Final Cut that were above average, many parts of Final Cut Pro that were OK, and a few that just plain sucked. We took it because of the range of resolutions and relative ease of editing. Oh, and for a while it was much cheaper than Avid, and Premiere wasn’t even on the Mac.

I need to vent, just for a minute …

Scopes: Really? They were ugly, inaccurate, and only worked in playback — when you really NEEDED them in capture. In general, they were almost useless. And sometimes less than useless — harmful.

Capturing: Sure you could capture, but the window was modal. If you were capturing really hi-res footage it would drop frames when YOUR MOUSE rolled over the window. Live camera capture didn’t include timecode … not that I’m bitter.

Audio: Slow draw, low resolution cursor, Previewing was unintuitive. Compressor was HORRIBLE. You had to move the audio in whole frame chunks. Round trips to Soundtrack worked … sometimes. Other times, it mangled the return. And Soundtrack, no matter how hard I tried to love it, was a dog. A pretty dog, but too sluggish to work in day to day.

Garbage matte plugin: THE WORST implementation of garbage mattes ever created. I’m pretty sure Rain Man wrote it because I found myself muttering unintelligibly within minutes of trying to use it.

Color Correction and Management: Nearly Nonexistent. Color was impressive, but slow and buggy. Thank the editing gods for Colorista.

Exporting: I always just exported, no re-compression. I would explain to all of our editors, “Just try to get the edit out of FCP in one piece, we’ll worry about compression later.”

Rendering: Sneeze in the wrong direction and you will need to render every 15 minutes.

Object handing: Start building up a sizeable library and watch Final Cut start grinding to a halt. Mix and match the resolutions and you’re screwed.

Playback: Sometimes it worked … unless you were at an odd reduced size (like 26%) or part of the PGM was cut off.

Why Did Apple Do This?

So, back to our regularly scheduled program … Why did Apple do this? Why did they overhaul the most popular editing application of all time (well, second most popular behind iMovie)?

Um … you did starting reading this from the top, right? Fixing the issues above was not trivial. These issues were systematic limitations. Fixing many of these would be pulling at the digital bailing the Final Cut Pro was held together with. To be fair, all apps have some of this. You design them with the best intentions, but they are based on what you know now, not what will be available in 10 years. Final Cut Pro was on a road to nowhere for a while. There was no clean way to upgrade it. I think Apple had no choice but to rewrite from scratch.

When you have to do a rewrite, it’s both a challenge and an opportunity. The challenge is dealing with all the morass of trying to figure out what you are going to keep. The opportunity is to step back and decide how you would do it differently. Evidently, Apple decided it would do A LOT differently. In fact, it decided to rethink the editing process completely and focus on the process of editing rather than the specific tools that we are comfortable with. At the core of the process appears to be speed and ease of use. Everything is designed to work in real time or the background. Very fluid, but today it looks like if it didn’t fit cleanly into these two areas, it was shelved.

It appears that Apple took a very long view and chose let go of the present fortune for a possible fortune in the future. And they can afford to. The revenue from FCPS was a rounding error compared to iPhone and iPad sales. I’m actually fairly surprised they kept it going it all. Apple’s ability to make this radical change is unique. A mass exodus of core users would be devastating for Adobe or Avid.

So Why Are Editors So Upset?

It’s clear that many editors feel betrayed, discarded, and generally unloved. And they are pretty upset. To understand this, you need to understand the process of high-end editing. In some sense, editing is just editing. You are making creative designs and telling a story. This can be done on any application, BUT, when you are a high-end pro (top 200,000 or so editors), you can do this very fast. This means that you understand the tricks, know the keystrokes and can do a ripple edit in your sleep (because sometimes you have to). You built a workflow that often incorporates SANs and protocols and involves many people beyond your workstation. If you are a company, you are adding new workstations all the time and assimilating new recruits into the system.

Apple has upset all of this and put many of these editors and companies in a bind. Final Cut Pro X is not an upgrade from their current version. It’s a completely different application. It would probably be easier to port your FCP projects to Avid or Premiere than into FCPX. To make matters worse, it lacks many of the features these high-end editors need. This leaves them in a quandary.

You can see why making a bad choice (all of these are bad) in a short period of time would make anyone crazy mad. A week ago, they were waiting for Apple, the company that constantly surprises us with wonderfully shiny new toys, to bestow upon them their new ninja sword. What they got, in their eyes, was a plastic sword with rounded edges.

Who Were They Thinking Of?

So if not for the high-end editors that Apple has spent a decade courting, who were they thinking of when they wrote this mess?

I’ve talked to a lot of folks over the last week. Some where upset editors but many were not. Here are some examples:

Marketing staff: Video is no longer a bonus on a website — it’s a requirement. Many of these folks have been building marketing videos for their company in iMovie. They never got Final Cut Express, but they are bursting at the iMovie seams. They hire people to do some of this (we produce 20-60 videos for corporate clients a month) but smaller companies and smaller products don’t have the budget to go out of house. Many times, the folks working on these videos understand the product but just barely understand video production.

Photographers: They are NOT videographers — they grew up on stills. But it’s a brave new world and everywhere they turn, people are expecting video. For many of these artists, Final Cut Pro is daunting. The new version gives them many of the tools they need but in a much simpler package.

Educators: The education system in the US and around the world is changing very rapidly and video is a large part of this revolution. Folks building this content are not trying to cut the next Star Wars, they need to pull all the elements together — but with more control than iMovie.

Beginning Filmmakers: They have a vision, but not the skills to get crazy with the edit.

Who Wins; Who Loses?

Sooo … IF Apple loses 10% of the 200,000 high-end editors (and I think this is generous … the real number is probably near 50,000) but gains these markets, will it be an even trade? No, not at all — each of these markets is 10 times the size of the current high-end editing market. If only a small percentage buy FCPX, Apple’s installed base will double, and quickly. Almost every person I’ve talked to in these areas are excited about the new release. They don’t want or need EDLs or multicam edits, they just want to cut their story together quickly.

This sounds like trouble for Avid and Adobe, but in the short term, it’s not. Both Avid and Adobe stand to sell more editing software than at any other time in their history as high-end pros begin to look around. Apple handled both of these companies a huge gift, wrapped in a bow. As editors begin to jump, these two companies will catch most of them. The folks who need tight integration with After Effects, Photoshop, etc., will pick Adobe. The folks who need scale and heavy guns will pick Avid.

In the long term, the future is more fuzzy. Apple stands to gain and hold the bottom 90% of the pyramid — if they are able to develop the application effectively. This 90% will begin to put pressure on the top 10%. We’ll just have to see how committed Apple is to the future. For the many that will be entering the market with Final Cut Pro X… getting in now means that they can learn a simple application and grow with it… like many of us did with Photoshop over 20 years. It was simple when in started, really.

As someone who has had to give up every important application in my pipeline at one time or another: It will be painful but no matter what you do…it will work out.