Looking for a career in editing? Listen to what these experts have to say. 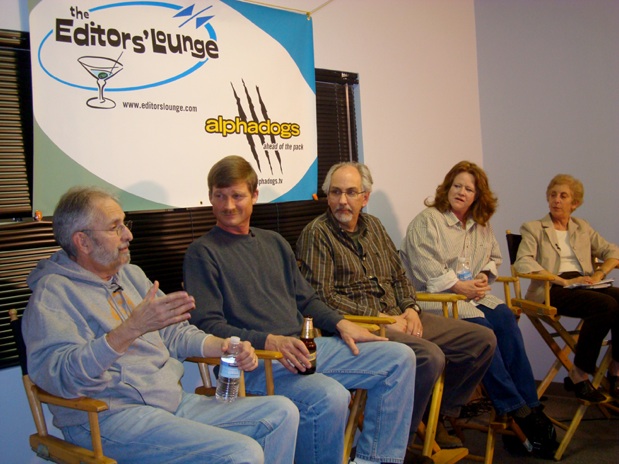 This Editors’ Lounge panel was a very special event featuring a moderated discussion with a collection of distinguished editors. Editors representing four major fields of their craft from film to reality television to online editing and more, were on hand to discuss the paths they took to become the editors they are today and talk about the craft of editing. The attendees had the opportunity to ask questions afterwards.