Color grading is an important element of the visual storytelling when it comes to movies, but the experience of color does not stop there. Dillon Baker found a way to show the average color of every frame of a given movie, compressed into a single picture. 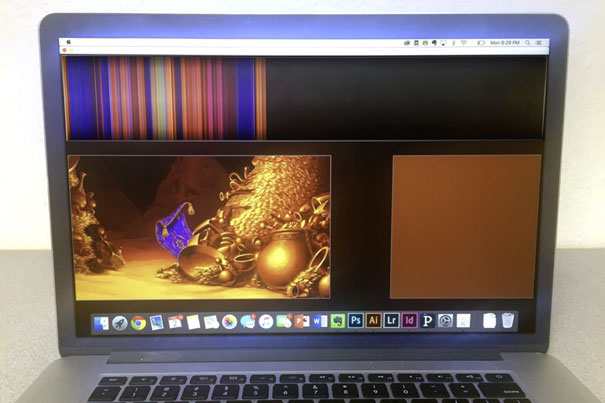 If you compress the colors from The Grand Budapest Hotel in a single graphic, the result is one image which shows much of the tones used in the film and through them the mood of the story. But other films will not easily reveal their mood through the colors. The process is not new, but there are new ways to reveal the color in films.

Have you ever thought about how colour is used in a film, besides the color grading process? If you could quantify colour in a film and show it graphically, what would it be like? 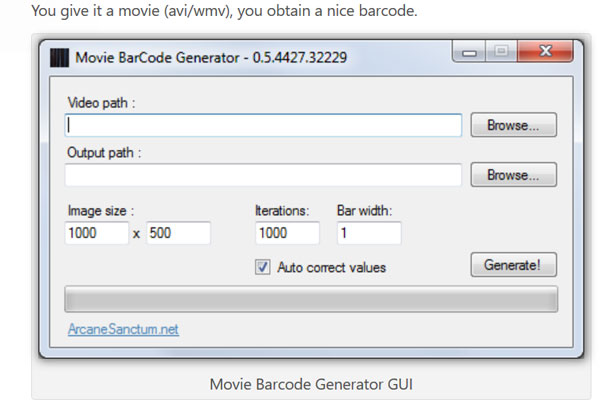 MovieBarCode has been a reference for years when it comes to the colour in films. They started, apparently, the fever around the creation of barcodes showing the colours used in films, of which there are multiple web pages around. There are even places, like Movie Barcode Generator, which allow users to create a colour barcode for a film they like, simply by analyzing a sequence of the movie.

Another place to visit is The Colors of Motion, a website designed and developed by Charlie Clark, to explore the use of color in movies. For those technically minded, the author explains how the program works:

– A bash script runs ffmpeg to export frames from a video file.

– The frame rate of the exports depends on the length of the video.

– The bash script then calls a PHP script which extracts the average color from each frame.

– The results are spit out as a JSON file with the hex values in an array.

– The front-end runs on backbone, and presents the color data.

– Navigate the colors in a number of ways, and compare the color to each frame. 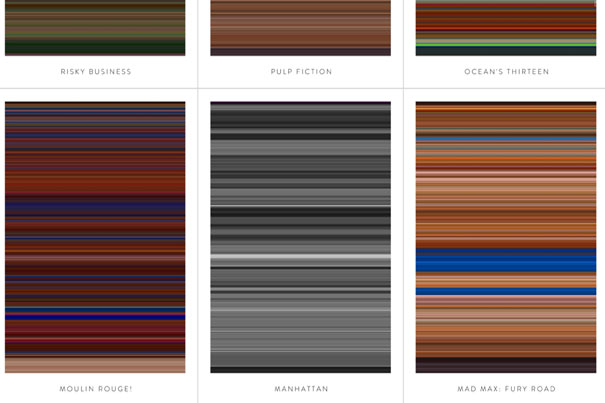 The Colors of Motion has a growing collection of very nice barcodes which are sold as prints that can be framed, so you can hang on a wall, at home, a unique image of your preferred movie.

The most recent experience in the area comes from an interaction design student at the University of Washington, Dillon Baker, who created a program to show the colour in films. Baker says that “this is a personal project of mine aimed at visualizing color choices in films. I’ve always been intrigued by the use of color in films as a medium for visual storytelling. I created a Java-based Processing program that takes each frame of a given movie and compresses its average color into a single vertical line, creating a timeline of the spectrum of colors used throughout each movie.” 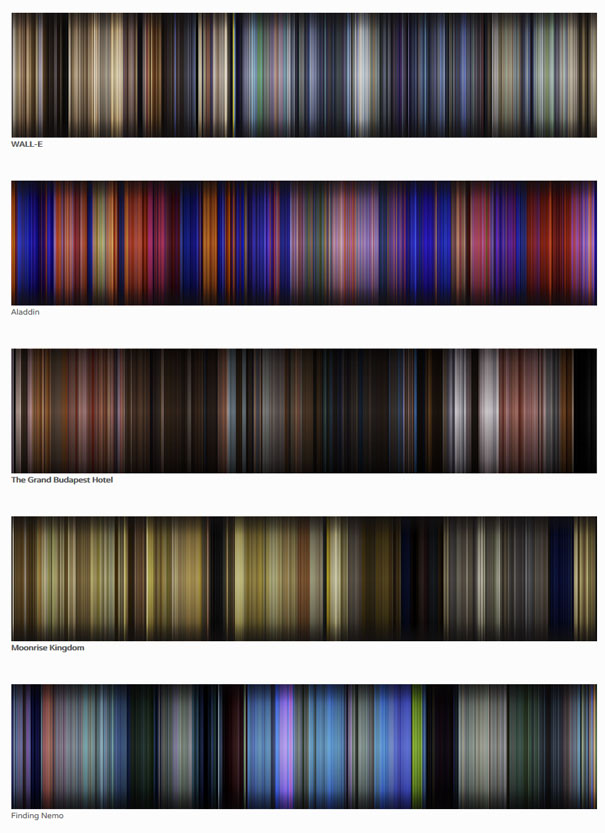 Basically, for each frame, the program looks at the color of every pixel on the screen and calculates the overall average color. It then draws a line of that color on a timeline and moves to the next frame. The cool thing is that it does all of that in real time, so you can see it draw out while you watch the movie, says the designer. The result is simple: the average color of every frame of a given movie, compressed into a single picture.

The author says that he “was inspired by the Movie Bar Codes and wanted to write a program that creates a cleaner final product. Instead of taking a single column of pixels from the middle of each frame, my version calculates each frame’s overall average color and draws a corresponding line. The result is a much smoother spectrum of color that I think turned out pretty great!”

On a comment on Reddit about the project, Dillon Baker wrote that “I’m planning on doing series in the future! I’d like to see, for example, how the Batman movies have changed over time, from the bright, cartoony palette of the Adam West movies to the dark tones of Nolan’s series.”

The author is still “coming up with possible applications, but I’m planning on using this program to research and analyze varying trends between movie color choices as I gather more data. It also makes for some pretty sweet artwork, if nothing else.”