Daunted by the complexities of learning 3D? Here’s a couple of simple tricks to create elements for your 2D work. 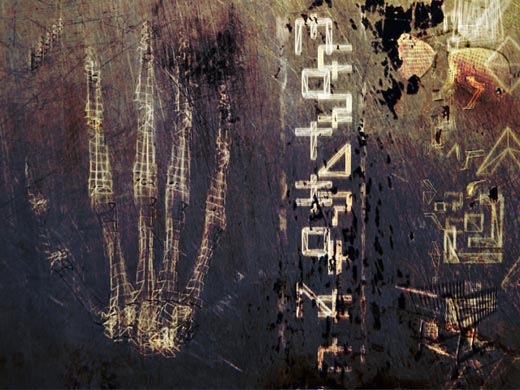 Wireframes of a hand, text, and other objects, blended in with blurs and transfer modes to make them appear more graphical or even organic. 3D models from Viewpoint Labs; fonts from FUSE.

Adding a 3D program to your motion graphics toolset can greatly increase your creative options. However, many are daunted by learning an entire new set of skills. Relax: No one expects you to create a pod race or Jar Jar Binks your first month out. Instead, think of 3D initially as a way of generating graphical elements to composite into your 2D creations. We’ll cover a handful of basic tricks well within the skills of most beginning 3D users.

Several compositing programs now have a 3D sense of distance from the camera (“Z depth”) and animatable cameras. However, most 2D systems lack the ability to add actual depth to objects – you move around to their sides, and you find they’re as thin as paper. Therefore, one of the first 3D skills you will want to learn is the ability to “extrude” or add depth to the text and Adobe Illustrator (or other EPS) artwork you normally prepare for your 2D work. The camera or object movement does not need to be dramatic to be effective – even a slow rotation over several seconds can add a bit of dimension that lifts a design.

The primary 3D program we use – Maxon Cinema 4D – can import vector art directly, or create outlines from a TrueType or Postscript Type 1 font. Once inside Cinema, you still have access to the points and B©zier handles that make up the shape, so you can edit or distress it without requiring a trip back into Illustrator. Once it is a series of splines, you can extrude it to give it some depth. 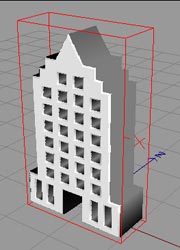 To determine the extrusion depth, take a look at the object info palette in your 3D program (called the Coordinates Manager in Cinema) to get an idea how many units wide and tall your object is. The extrusion dialog will then ask you how many units deep you want to make it; try to visualize the proportions you would find pleasing (i.e. maybe a twentieth as deep as it is wide), divide your object’s size by that number, and try that as a first shot at your extrusion depth.

Cinema has a few basic bevel profiles, plus the ability to have the bevel add onto the thickness of the shape or leave the thickness as is and carve the bevels out of the extruded shape. Again, think of the proportions you want in terms of how large the bevel should be in comparison to the object’s depth, run the math, and type that in for the bevel size. Many experienced 3D artists strongly suggest you use some amount of bevel, even if very small, just to help catch light as the object moves. 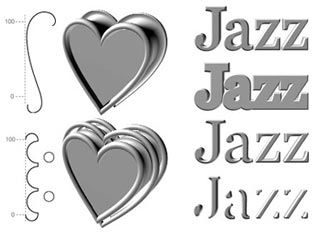 The other 3D tool we used to use – Electric Image – has long had the ability to create text in the form of a plug-in called Mr. Font. Since EIAS has no built-in modeling beyond primitive shapes, enterprising animators would take vector art such as company logos and convert them into characters in a custom font. A great add-on is Zaxwerks Pro Modeler, which can take vector art and “sweep” it (a form of extrusion) with a huge variety of profiles. Some examples from it are shown here.

The ability to push, pull, pinch and twist objects using “deformations” not only provides fun animation tricks, but also the ability to create more complex shapes from simple primitives without any traditional modeling skills.

For example, we had a job where the company’s logo included a “swoosh” that was reminiscent of the edge of a CD. We thought this would be a fun motif to repeat in the background images. To create this shape, we started with one of the standard 3D primitive shapes: a cylinder.

We then used deformations to taper the ends together, and squashed it so it was wider than it was thick:

After that, we then bent it 270 degrees to form our swoosh. Then, a highly stretched noise texture added a little visual interest (in this case, a standard “clouds” shader, stretched along the length of the original cylinder 50 times longer than it was wide). These two steps are show below: 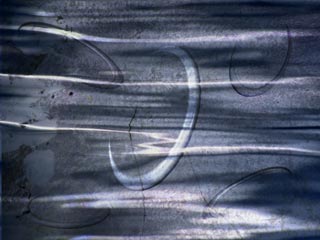 The result was brought into our 2D compositing program (After Effects), and set to loop. Copies were then scaled and placed over a background plate as desired using the Overlay blending mode, as seen in the image at right.

Deformations are a handy tool to master, especially for simple modeling tasks. You can even take logos and text you’ve extruded and give them a slight bend for added dimension and to react to lighting in more interesting ways (thanks to Kory Jones of Reality Check for that last tip). With deformations, you might need to increase the polygon density of a model to make it bend more smoothly; you can usually do this when creating primitives, or through a “meshing,” “subdivide” or “dicing” option in your 3D program. 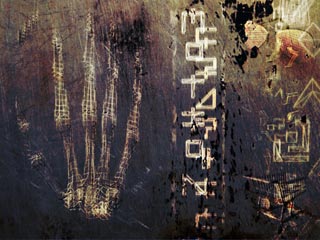 Don’t overlook some of the simpler rendering options in your 3D program to create additional graphical elements. One of our favorite tricks is to take 3D models, set up a simple rotation animation, and render them as wireframes in Electric Image. Again, don’t be afraid to use 2D blending modes, blurs, glows and other tricks to more artistically blend them into your overall collage, as we’ve done with the figure at right.

If you insist on staying inside a 2D program, there are numerous 3D effects (such as Zaxwerks Invigorator) which can create 3D models inside these environments. In general, don’t be afraid to dip your toes into 3D with the above tricks. You have to start somewhere, and there’s more to 3D than dinosaurs and spaceships.