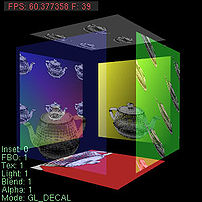 The vision of a 3D web is a step closer to becoming a reality after Mozilla and Khronos (the organisation behind OpenGL) agreed to join forces to develop a standard foraccelerated 3D graphics on the web.

Also in the world of web, Google has tweaked its search algorithm to give itsemantic-like qualities. Additional meaning, such as people, places and concepts will now be extracted from pages related to the search query. Furthermore, Google will be addingRSS support and extensionsto its Chrome browse.

After its latest redesign caused an outcry from users,Facebook is finally starting to listen. Although the social networking site is not likely to bring the old design back, they will be implementing a number of changes based on feedback received.

In videos this week, we show you some of the new features ofInternet Explorer 8and the CIO of Adobe talks about the future ofrich internet applications.