Keeping things we need should be easier than ever. It isn’t. 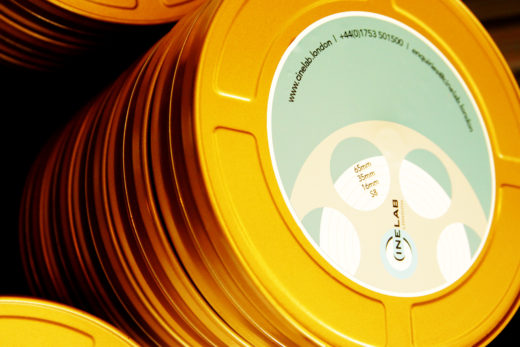 Things used to be so simple. And expensive. And drenched in chemicals.

Almost since the dawn of digital cinematography there have been concerns over archive. At least some of that concern was based on grumpiness from the terminally terrified of change, but now, fifteen or twenty years later, it seems some of those fears were justified.

In reality, film was never that wonderful as an archival medium. Multi-decade reliability claims for a strip of plastic coated in rendered-down cow were reliant on some fairly careful storage; film is highly archival if it’s kept in ideal conditions. Sometimes, old salt mines were preferred, for their cool, fractionally damp ambience, although that assumption cost us several scenes from Event Horizon, which left much of its original negative in just such a place then returned to create a director’s cut to find much of it unusable.

It’s not as if LTO has stood still since its launch twenty years ago. Write speeds haven’t kept up with capacity; a 100GB LTO-1 tape could be filled in less than an hour and a half, while it’ll take half a day to fill an 18TB LTO-9 tape. Still, that’s a lot of data, and a lot of progress over twenty years. The format is certainly designed for reliability, with linear scanning to avoid the potentially media-mangling mechanics of a helical scan arrangement with its rotating head assembly. Anyone who’s spent time picking pieces of twisted tape out of a DAT machine will understand why this matters.

A reasonable question, though, is why we’re using magnetic tape in 2022. If we overlook punched tape and cards, magnetic tape (or magnetic wire) was more or less the first widely-used storage technology. It’s old, and even with all the archive-centric design features of LTO, it’s still a relatively delicate plastic film that can be ruined by putting it somewhere too warm, too wet, or too near a loudspeaker’s giant magnet.

Promising alternatives have used optical technology. In 2013, Professor Peter Kazansky was researching femotosecond lasers at the University of Southhampton, devices which develop high peak power for very brief instants. His work received some attention as a potential way to store data in simple layers of glass, with a hundred layers of data stored in glass 2mm thick. In 2019 Microsoft collaborated with Kazansky’s lab to store a movie, 75GB of data, in a 75mm square piece of glass. Being a simple block of silica, the results are extremely permanent, but there’s no sign of a product based on this technology, let alone one that would compete with LTO for speed and capacity.

Similarly, in 2008, a startup called InPhase announced a disc system, later shown at at NAB, which essentially placed holographic images of 2D barcodes on a disc. Initial versions were slow, at 20MB a second, but with 300GB stored per disc the technology broke records for information density per square inch. Nonetheless, after a series of acquisitions, InPhase filed for bankruptcy in 2011. Much corporate shenanigans later, Apple now owns the technology, but seems to have stacked it carefully in a corporate attic to gather dust.

InPhase’s discs were highly unconventional. M-Disc is more straightforward, essentially a non-volatile BD-XL disc which can be used in a conventional blu-ray drive. The materials are designed to be long-lasting, though at 100 gigabytes, it’s not going to worry LTO in the capacity stakes. Another blu-ray-adjacent technology is Sony’s Optical Disc Archive, which more or less puts eleven optical discs in a cartridge handling up to (in 2020) 5.5TB of non-volatile data at 375MB a second, which is actually fairly respectable. The media are Archival Discs, a Sony-Panasonic collaboration similar to blu-ray but, again, designed for archival longevity.

So there are new ideas, particularly Kazansky’s lasered-glass approach, which seems ideal. The problem is possibly more sociological than technological. Anyone who’s worked in anything beyond the realm of high end film and TV production will be painfully, painfully aware that once a production is complete, the money is gone and long-term archive seems like a luxury. LTO therefore remains rare and expensive. The money put into bringing alternatives to market, or even refining LTO to a less-expensive state, has been limited because nobody’s convinced that archival security sells, and they’re probably right.

It’s a vicious circle, and it’s hard to imagine new technologies springing up while that remains the case.