It’s been awhile since we’ve looked at some Useful Tools for Editors so with this new batch of utilities that have popped up recently let’s have a look. We’ve got quite a few for Final Cut Pro X, a color correction app for those with deep pockets and one that might help with tricky file format conversions.

A few versions back Final Cut Pro X added the ability to manually relink files. This was a good thing. While this has been quite successful for me (truth told I’ve had little problem with FCPX unlinking media) it must happen enough to warrant a utility to help with this problem. Enter FCPXchange.

This demo above is a good overview of what this tool can do. It reminds me of reLink reTooled which is designed to do something similar with Adobe Premiere Pro. The FCPXchange webpage goes over this tool in a bit more depth. Its use seems a bit clunky but if it works to get you out of a jam then it is worth its weight in gold. Truthfully I hope I never need it! 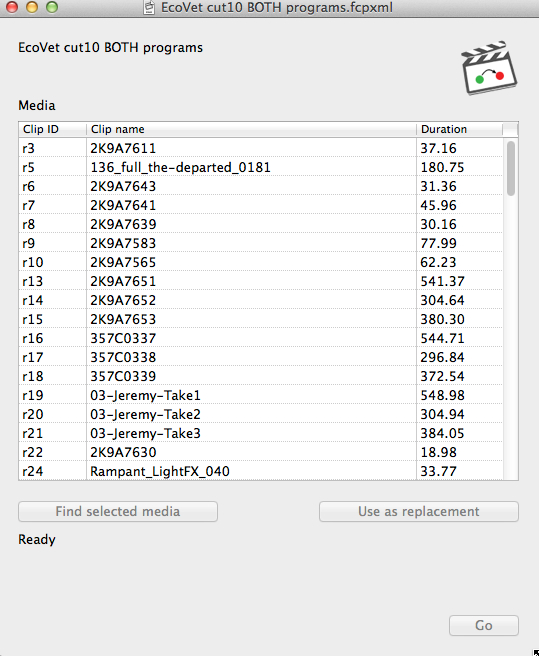 And if you do need FCPXchange, this is the interface you’ll be working in.

It’s a free version of the Tangent element-Vs that limits you to an hour a day usage or $149 for the full version.

We all heard of the Tangent element color grading control surface and I’m sure many of us remember the v-Wave Lite iPad app. Tangent has recently released the element-Vs, a mash-up of those two products that brings the element to the iPad. It’s a gorgeously rendered version of the gorgeous element hardware right there on the iPad. Use it alone or to complement your existing element panels. Features? 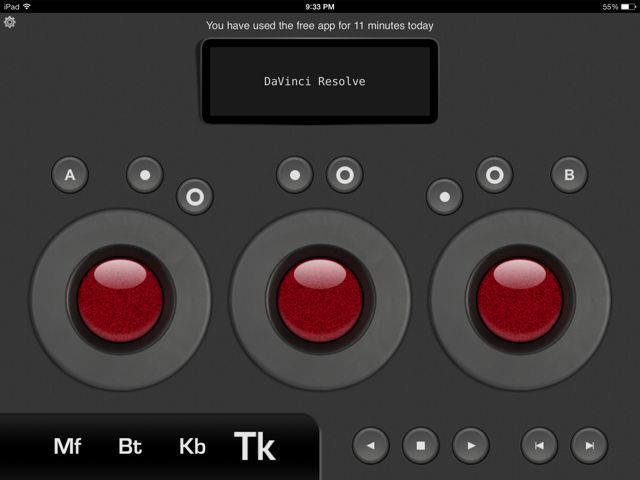 The trackballs actually work nicely in that you can use more than one of them at a time, just like a real control surface. It is still an iPad screen though.

Those bullet points say most everything you need to know except the price which is a premium at $149 (iTunes link). I don’t think Tangent is going mass market with this one. There is a free version available (iTunes link) that is limited to one hour of use per day. The free version tracks how long you’ve been using it at the top of the screen. 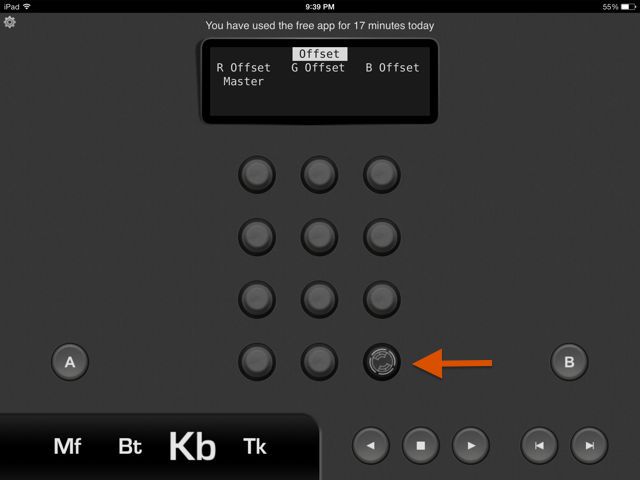 Wondering how twisty knobs work on an iPad? When touching a knob you get the little symbol above that spins as you twist with your finger. That’s a good reference to give some feedback as to what you’re adjusting.

You will need the free Tangent Hub software (which includes the Tangent Mapper) installed to connect to the element-Vs app through your wifi network. It’s not limited to Resolve or anything as it can be used with anything the element supports. And thankfully that one hour timer on the free version doesn’t seem to run when you move to a different iPad app.

The wonders of Final Cut Pro X and XML bring us an interesting new tool called Editoid. With a name like that is has to do something cool, right? According to the Editoid website it “fulfills the dream of automating part of the nonlinear editing process by using footage metadata as instructions for the edit.” That sounds cool. It also sounds a lot like what Intelligent Assistance tries to do with the First Cuts product for FCP7. 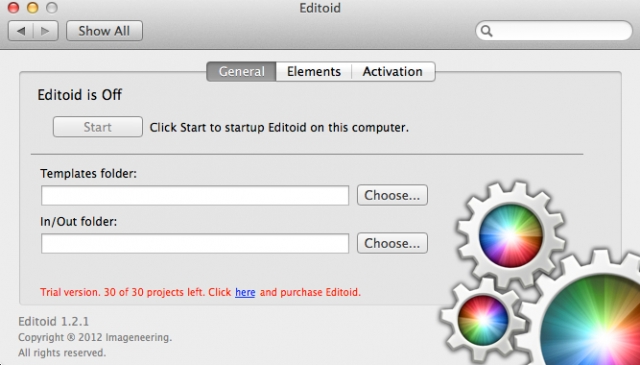 Here’s the interface which is a System Preferences pane, not an application that you launch.

The Editoid website has a quickstart PDF for download to get more info about this product. I scanned over it and it is an intriguing idea. But I have to admit this tweet from which I discovered Editoid sums up my feeling about the product as well:

I am absolutely not smart enough to understand how this works. I even read the manual — http://t.co/Y2vhLKHYnC #Editoid

It probably has to be used to really be understood. One of the goals of the Useful Tools for Editors column is to just make you aware of products that are out there. Go nuts editors and try this thing out.

If you’ve ever had to make use of the powerful FFmpeg product to convert audio or video then you know it’s a bit geeky. Just look at the website. Enter iFFmpeg, a GUI for FFmpeg that looks to make using it actually fast and easy. But before you get all fast and easy with iFFmpeg you’ll still need to get the FFmpeg binary. Just saying the word binary is often more geeky than I want to get so I’ll direct you to the FFmpeg Info webpage that goes over exactly what you need to make iFFmpeg work. I’ve already typed FFmpeg way more in this paragraph than I have in my life so I’ll just leave it there and let you the good reader figure out if you want to give this product a try. 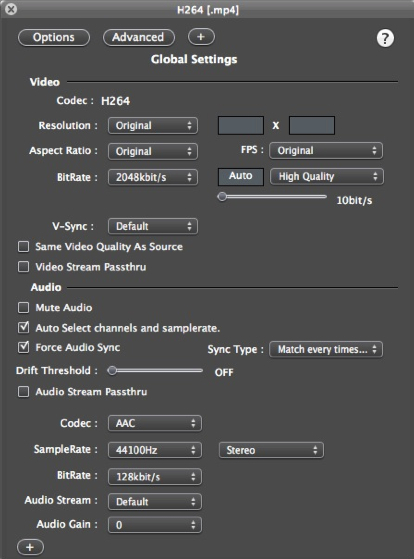 There’s a lot of settings to tweak. Check them out on the screenshot page.

If you’re ever looking for a OSX GUI for FFMPEG then have a gander a iFFMPEG … it seems pretty damn smart. http://t.co/0kpdpB25e2

If you do dig into it you may be rewarded with a huge array of codec and format support and a utility that can do a ton of stuff, for free. In the meantime you could grab the iMediaHUD tool from iFFmpeg and get “extended information about video and audio media files.” This thing looks rather handy.

What does iMediaHUD show you? The *basic info*is below. There’s also an *extended info* option that has a lot of stuff that I don’t understand.