A perfect reason to highlight some useful tools: a website redesign

Here we are with a brand new ProVideo Coalition website so it seems like the perfect time for a new edition of Useful Tools for Editors. This edition has workflow tools, color-grading software, music, imaging and a couple of videos I found handy.

Here we are with a brand new ProVideo Coalition website so it seems like the perfect time for a new edition of Useful Tools for Editors. This edition has workflow tools, color-grading software, music, imaging and a couple of videos I found handy.

EditReady, the lightning fast transcoding app from Divergent Media that we’ve profiled before, recently got an update to version 1.2. With that new version they are merging EditReady with their older ClipWrap tool. ClipWrap was a tool developed to work with the conversion of HDV and AVCHD media into an editable format but the 1.2 EditReady version is going to absorb that functionality of ClipWrap so you’ll get EditReady’s speed with those media formats as well. ClipWrap will hang around if you’re working on an older Mac os but modern installs will be EditReady only. The cost is still $50. 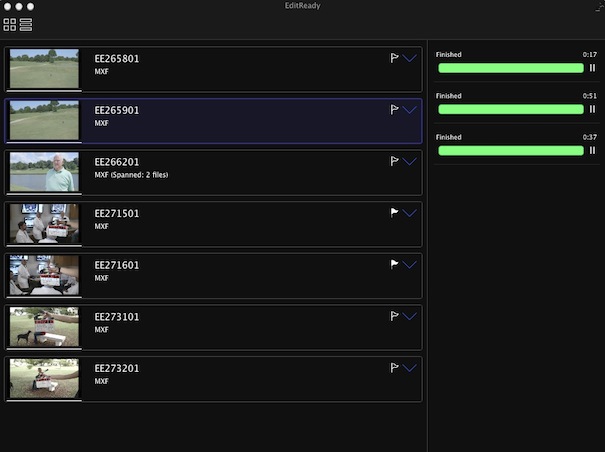 Allan Tépper has covered this update very nicely in his PVC blog post. 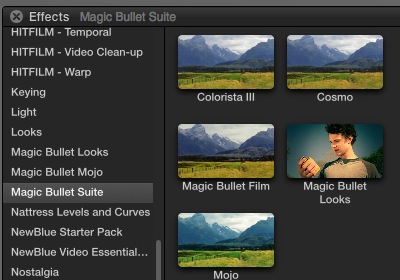 Red Giant Software introduced the latest update to the Magic Bullet Suite taking it to v 12. The most newsworthy thing IMHO that this update brings is Colorista III and support added for Final Cut Pro X with Colorista III (in addition to continued support for Adobe Premiere Pro and After Effects). This is big news for FCPX users as it brings proper color grading via the familiar Colorista color wheels to that platform (though you also have another new choice detailed below). With this new version there’s some feature tweaks like an updated interface, a vignette tool and more speed. Check out the what’s new for more details. 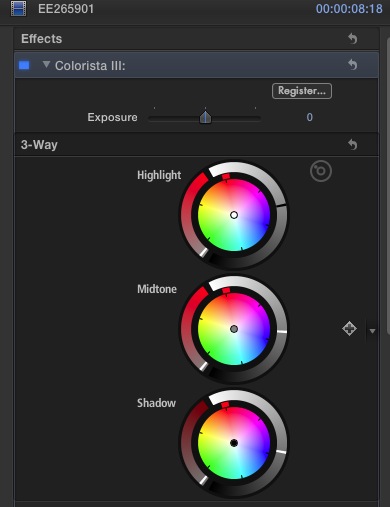 You couldn’t have a Magic Bullet Suite update without an update to Magic Bullet Looks and it goes to 3. Of course you’re going to get new presets with any Looks update but there’s some other new stuff in there as well. 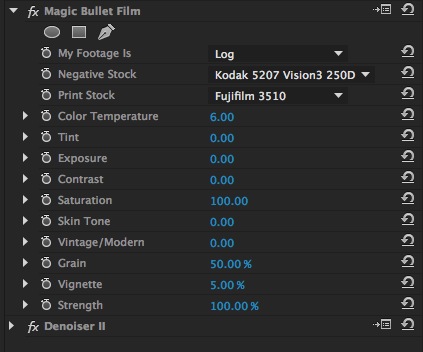 In Magic Bullet Film you have a number of parameters that can be tweaked after choosing your film stock emulation.

Also of note is a new addition to the Magic Bullet family with Magic Bullet Film. This new tools is designed to give “your digital footage the look of real film by emulating the entire photochemical process – from the original film negative, to color grading, and finally to the print stock.” I haven’t tried Magic Bullet Film yet but some of the images I’ve seen look nice. I’ll be curious to see how it compares to FilmConvert or Koji DSLR. I’m sure someone out there is working on a comparison video as we speak. 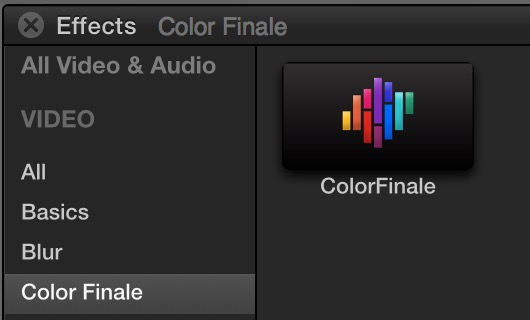 ColorFinale is a big, new plug-in of note for Final Cut Pro X users as it adds a very full featured color grading plug-in to FCPX. For $99 you get a seriously powerful color toolset that includes layer-based grading, a 3-way color corrector, RGB curves, vector-based secondaries and a LUT utility. I’m looking forward to trying this one out.

The big plus of Color Finale is it adds proper Lift Gamma Gain color wheels that many editors miss.

The addition of curves is a nice addition to FCPX with the ColorFinale plug-in.

While it doesn’t have the full secondary keying capabilities of Colorista III its 6 vector secondaries does offer nice control to tweaks individual colors. It’s very responsive and complements the build-in FCPX video scopes nicely. For $100 it’s well worth the investment if you need to do a lot of FCPX color work.

Score Addiction is a production music library company that has created a number of plug-ins that allow the editor to tweak Score Addiction music tracks from the NLE timeline. The plug-in is currently available for Final Cut Pro X but they are looking for beta testers running Avid Media Composer 7 or 8 on a Mac. You get an interesting looking interface via the plug-in’s pop-up window and then the control is yours. The video demos are quite impressive. 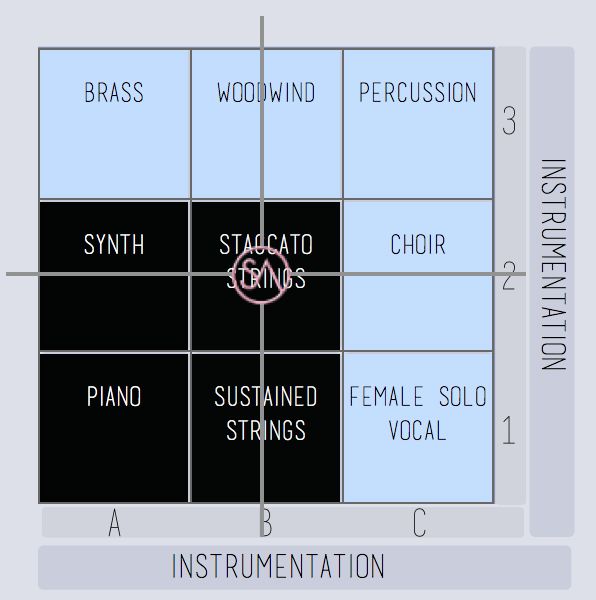 This controller is the way to tweak the music through the plug-in. Watch the video to see it in action.

These are the key features from the Score Addiction website:

Watch some of those demo videos as this thing looks cool. As a music provider Score Addiction isn’t like the Premium Beats of the world where you log on and buy a track for download so you have to contact them directly to get a quote.

Calling all #Avid MC 7 users! If you are up for beta testing a unique music plugin, watch this http://t.co/2Iy4IngzJi and get in touch

We’ve already had the Photoshop competitor Pixelmator around for awhile now but a new option has gone into beta called Affinity Photo. It looks to have a lot of the things that Photoshop users need and it comes from a company that already has a vector art tool: Affinity Designer. 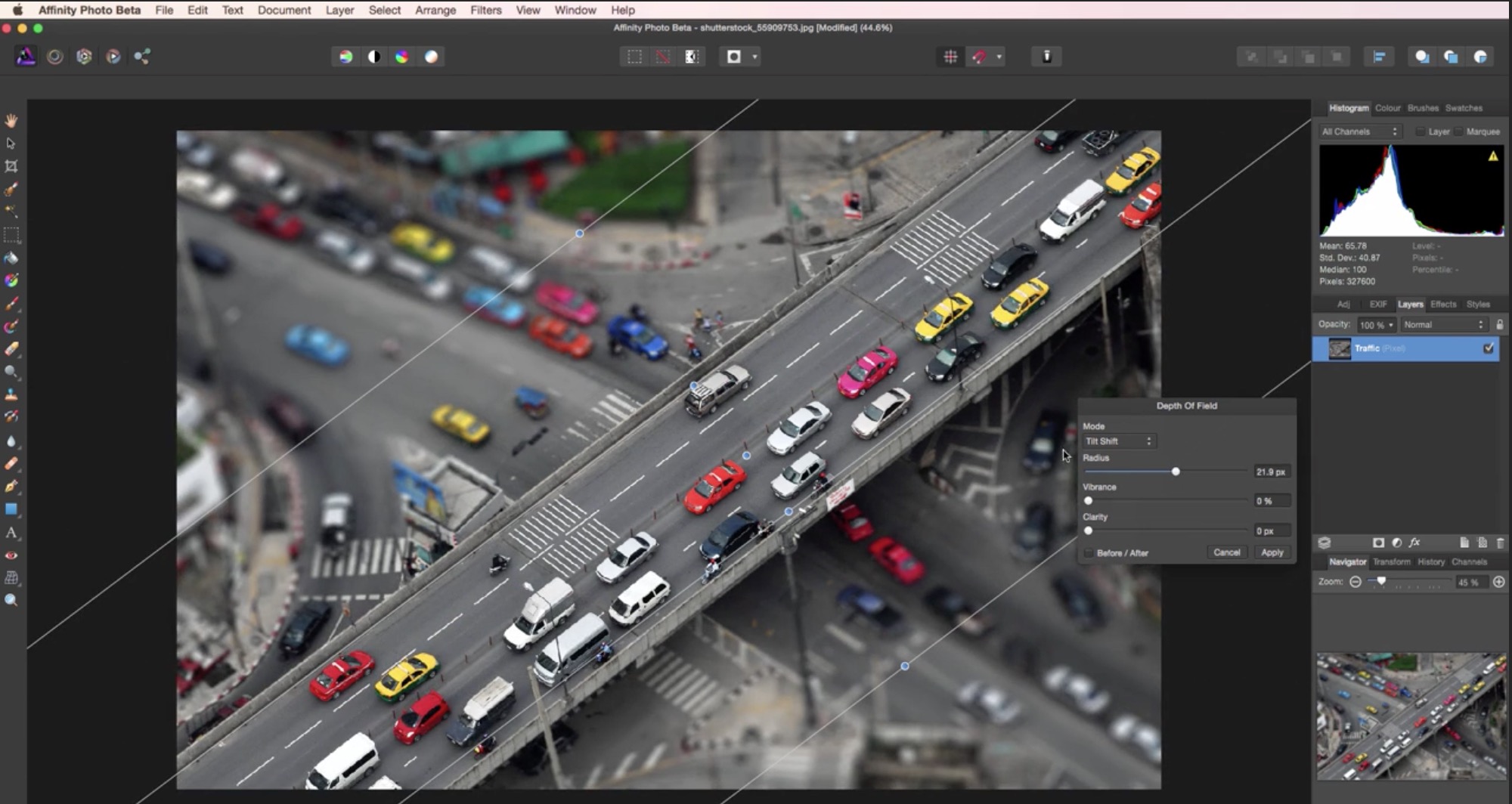 The video looks impressive. You can sign up for the Affinity Photo beta right now.

MarkX is a little utility with a singular purpose of converting timecoded notes into FCPX To Do markers. If you don’t take advantage of one of the many review and approval options out there and just get notes via email this might come in handy. 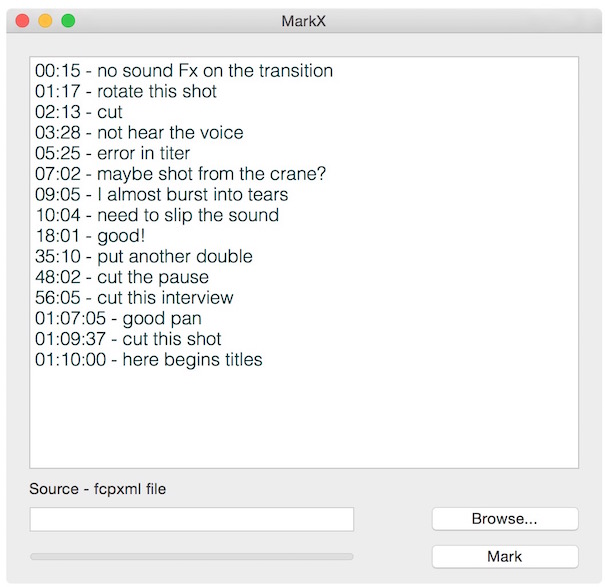 You have to format the notes in a specific way in the MarkX interface to get it to work (it merges the notes with an FCPX XML that has to be reimported) but as one who loves timeline notes for changes (I use Kollabrate) this could help get them in there.

I learned about this app via a post on fcp.co and there are quite a few complaints about the app’s $49.99 price tag. While that may seem a bit steep I’m sure the developer just wants to recoup some of his development costs. But if you can get a client to use the time format MarkX asks for I think you’d save that $50 in time after a few jobs of going back and forth from emails to the timeline. Often people don’t see the value of what looks like a rather sparse single focus tool. But maybe the price will come down over time.

This little video came across Twitter the other day and I think it’s good viewing for those young post-production pros who haven’t been through film school or had any education about the monitors they are using to edit. I remember being showed this technique to use color bars to set up a display many years ago in a tape room of a local post house.

Don’t confuse this with calibrating a display for color grading as that is an entirely different thing that uses special hardware devices to measure a displays color output and then often software or hardware to tweak the display into proper spec. This color bar method is just to help achieve a standard brightness level as well as getting the color in the ballpark. Or just not totally screwy.

Of Sound Mind – Sound for Editors

Lastly I want to point out a blog by Atlanta based audio post mixer and sound designer Michael Cardillo. He has a blog called Sound Mind and it has a lot of good information on the often elusive (and often neglected) topic of mixing audio. The blog has been live for nearly a year and what I like about it is Michael is an audio pro that has to deal with picture editors so he is crafting his topic of Sound for Editors toward what a picture editor needs to know.

He’s taken to Adobe Premiere Pro and is doing video tutorials that are helping demystify some of the often confusing PPro audio settings. Michael goes through some of the settings pretty fast but he’s giving a good overview of things it’s good for a picture editor to know. This blog is worth putting in your RSS feed. And I’m sure Michael would be happy to communication via Twitter as well.