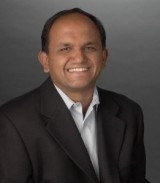 It was only last week when there were public remarks from Apple CEO, Steve Jobs saying Flash wasn’t ready for the iPhone. We reported earlier this week, about Adobe’s initial reaction to Jobs coments. What a difference a week makes huh?

This week it was announced that Microsoft has licensed Flash technology for Windows Mobile Devices. Today, Adobe CEO, Shantanu Narayen announced during a conference call regarding Adobe’s first-quarter earnings, that Adobe “will work with Apple” to make sure that Flash applications can run on the iPhone.

As developers, this should further expand our mobile delivery options. That has to be a good thing.