Obscure (and cheap) gifts for the industry friend who has everything.

Shopping for holiday gifts? For a peer or co-worker who already has every book, video, and plug-in imaginable? And don’t want to go broke in the process? Here are a couple of gift ideas guaranteed to impress (or at the very least, puzzle) that favorite nerd in your life: 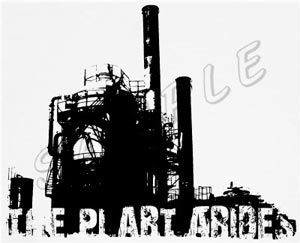 First, for the After Effects fanatic: A line of t-shirts (and a mug) designed by Stu Maschwitz (from The Orphanage, and also of DV Rebel’s Guide

backstory: “Plabt” is a typo of “plant.” “Plant” refers to that magical place where the After Effects engineers work. Sample usage: “Maybe the plabt can cook up a better way to do that in the next release.” One of the many examples of a typo that has endured on internet message boards, akin to how “pwn” has come to replace “own” (as in, “After that, I pwned his a**”). 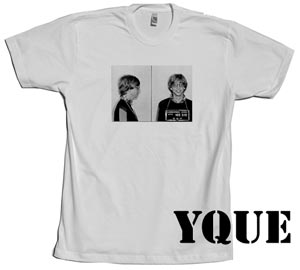 Next, for anyone you know who has ever cursed Microsoft, a way for them to get back at Bill Gates (to pwn him, if you will): A Bill Gates mug shot t-shirt.

backstory: Microsoft was once based out of Albuquerque (where we now live). And once while driving around Albuquerque, a young Bill Gates was pulled over for speeding. And this is his mug shot. Funny how he was smiling in this shot; did you think that even then, Bill knew he would eventually pwn the world?

Happy holidays…and feel free to share your own gift ideas!