First of a series

Recently, I was in Singapore for the second Transmedia SG, giving a Masterclass on Native & Indie transmedia, & I had the opportunity to connect with two fellow Transmedia Alliance co-founders, Anita Ondine & Marco Sparmberg. Mid-way through his Day One kick-off masterclass, Marco was outlining his process of transmedia development when we had this funny moment where he said (paraphrasing): ‘I know some will disagree with me, I don’t start with the story, I start with the audience.’ I laughed as I knew I was likely one of those people who could contradict him, and the numerous times I’ve heard ‘start with the story’ reverberated in the room.

And I have heard many say this, people I’ve worked with, know, respect, would love to work with again…. and as I thought about the three case studies I was going to present the next day, I thought…. ‘hang on… they all started with the audience….’

So, with the aim of being usefully heretical, consider for a second, each of these three transmedia projects, how they were designed, and how successful each has been, following an audience-first model. 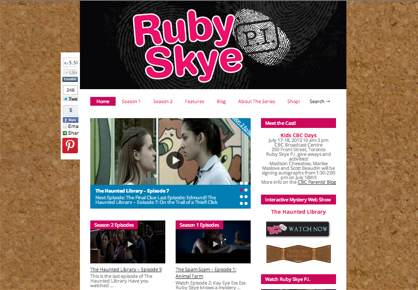 Jill Golick’s Ruby Skye P.I.  – Creator Jill Golick gave a fantastic talk on Ruby Skye P.I. in January 2013 for Transmedia 101 TO, laying out the development process behind this award-winning indie Canadian web series. Jill identified a content gap in teen TV programming which offers nothing like the genre varieties available in tween, teen & YA fiction. She knew this audience are avid readers of serial fiction, as the Harry Potter generation(s) continue to drive interest the next immersive story/storyworld, that they live online, and that they discuss, remix, and explore content across platforms.

Reviving the Nancy Drew detective genre for a generation of digital natives, Jill created a show website, YouTube channel, Facebook pages, Tumblr accounts, and a literacy website skinned as a character’s library site. Again, targeting audience first, The O’Deary Library site is a stroke of genius, as it serves as a hub to cross-promote and cross-link with other popular novels and writers, and to connect with a wider network of potential Ruby Skye PI fans & viewers. 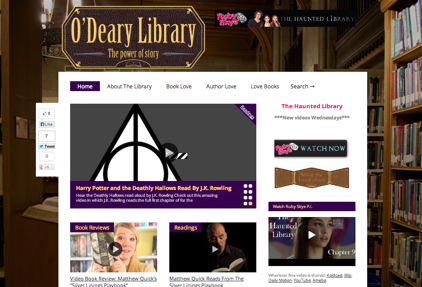 What really stood out in Jill’s engagement strategy was the time to get to know all of the show’s YouTube fans, and I mean really get to know them. She checks out their channels, their interests, their content on other platforms, she subscribes to their channels, posts comments on their videos & replies to every comment they post on Ruby Skye P.I. videos, and perhaps most significantly, cross-posts their content & posts, just as you would a friend’s.

By really understanding this initial audience, Ruby Skye P.I. tween content then made the leap to a wider audience of 20-somethings and up who are still devotees of YA/teen stories that, as Jill pointed out, a TV broadcast schedule would have never reached. And add the net’s global reach, and you have a show that is not only popular in Canada and the US, but also Mexico, the Philippines, India, Australia, UK, & Malaysia.

Now, with 2 seasons, 2.5 million views online, solid analytics for fan activity around the show, a few ‘best of ‘awards including the LAWebFest Grand Prize, Ruby Skye P.I. has just been picked up by the CBC for its third season which will be released Winter 2014. All three seasons of Ruby Skye P.I. will be available on CBC’s revamped kids web site and will also be broadcast.

Although I can think of numerous examples where ‘story first’ was the design principle to follow, particularly for documentary and/or more art house projects (think ARTE, NFB), in this instance in a more mainstream, commercial space Jill’s audience first engagement strategy is now a stand-out winner by all metrics of success.

As Jill Golick commented on her strategy to me:
“I describe it as weaving marketing and business into the DNA of the story,  I think all these elements have to be taken simultaneously and right at the beginning of the process.”