Wayfair.com and Paul Provost have something in common. They both provide their customers with easy access to a variety of the latest goods and services from one central location. While Wayfair.com specializes in providing online access to “a zillion things home” or over 5,000 brands of products, such as furniture, lighting, cookware and everything in between, Paul, the owner of 4K Finish in Los Angeles, provides his customers with end to end post production services. This includes color correcting and grading, finishing and mastering from his Hollywood based 4K Finish studio, which was built around Blackmagic Design’s DaVinci Resolve color correction software, DeckLink HD Extreme 3D capture and playback card and Teranex 2D Processor for standards conversion and capture and playback. 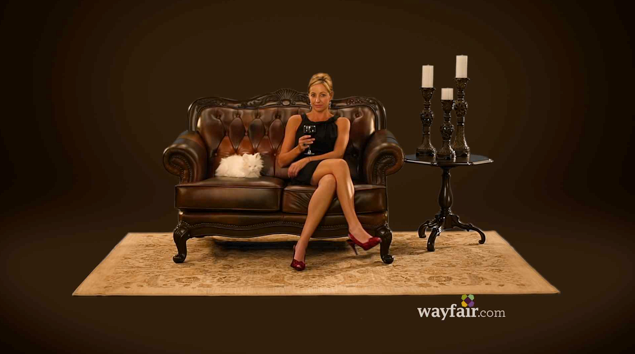 Time Is of the Essence

Wayfair.com depends on Paul to help deliver dozens of its television commercials, often with same day or next day deadlines. Whether offering new services, highlighting its amazing selection or announcing a Black Friday super sale, the online retailer relies on Paul as its one stop shop for all its post production needs.

“I have to deliver multiple versions for each of the spots and sometimes am tasked with delivering 12 in one day,” said Paul. “But thanks to Resolve and Teranex 2D Processor, I’m able to deliver on all of Wayfair’s requests no matter how tight the deadline.”

Once Paul receives the footage, he immediately gets to work on color grading using Resolve. According to Paul, Resolve’s real time noise reduction feature helps him achieve the quick turn around that broadcast commercials require. “Usually there’s a lot of noise in the DSLR footage I receive, and there isn’t time to work it through a dedicated noise reduction package. With Resolve I can color correct and reduce noise at the same time increasing efficiency,” he said.

Once coloring and finishing are complete, Paul sends the footage back via an FTP to the Boston, MA based company. After adding titles, graphics and end cards, Wayfair.com sends the 23.98 HD masters back to Paul, who then converts them to broadcast quality standards using Teranex 2D Processor.

Using a DeckLink HD Extreme 3D, the footage is fed to a Teranex 2D Processor via SDI input, where the masters are HD cross converted and NTSC downconverted according to the clients’ specifications. From the Teranex 2D Processor, the masters are output to a MacBook Pro via Thunderbolt connection, where they are captured via Blackmagic Design’s Media Express software for managing and organization.

“Though the commercials were shot in 23.98, they need to be converted and delivered in broadcast standard 29.97 SD and 59.94 HD,” said Paul. “Using Teranex 2D Processor, I can do multiple passes to create all the deliverables. I can do high quality up, down and cross conversions, and being able to sharpen the images when down converting to SD is a very useful tool.”

By adding Teranex 2D to his workflow, Paul has not only increased his service offerings, but also streamlined the overall post process for his clients as he can now offer them coloring, finishing and mastering in one workflow.

“Previously, after I finished coloring a project, it would go to another company for mastering and delivery. Often, clients would have to bucket in extra time when working with multiple parties,” said Paul. “Now with Teranex, I can provide a one stop shop that expedites the entire process. This is extremely beneficial when working with broadcast and episodic projects as same day turnarounds make speed an essential part of the workflow.

“Teranex also benefits me business wise as it provides an additional revenue stream,” continued Paul. “4K Finish is an entirely file based facility, and there’s no stacks of decks or miles of cables. It’s a one man shop that I’ve purposefully built around a few scalable and powerful tools. Blackmagic Design’s products allow me to provide a full range of post production services using a very lean workflow, which helps me keep costs down.”

Colorist Paul Provost has worked in the Hollywood video post production industry for two decades. Everything from commercials, feature films, documentaries and festival shorts has had their final look and finish entrusted to him. He has worked with many of the top directors and DPs in the business.

Many factors come into play in a color grading session. Everything from troubleshooting conform issues, to completing a project with an impossible deadline on time. Having an eye for color and an understanding of the vision of the project is that quality that sets real talent apart.