Tests with exFAT, HFS+ and APFS show differences, but it flies in all cases. 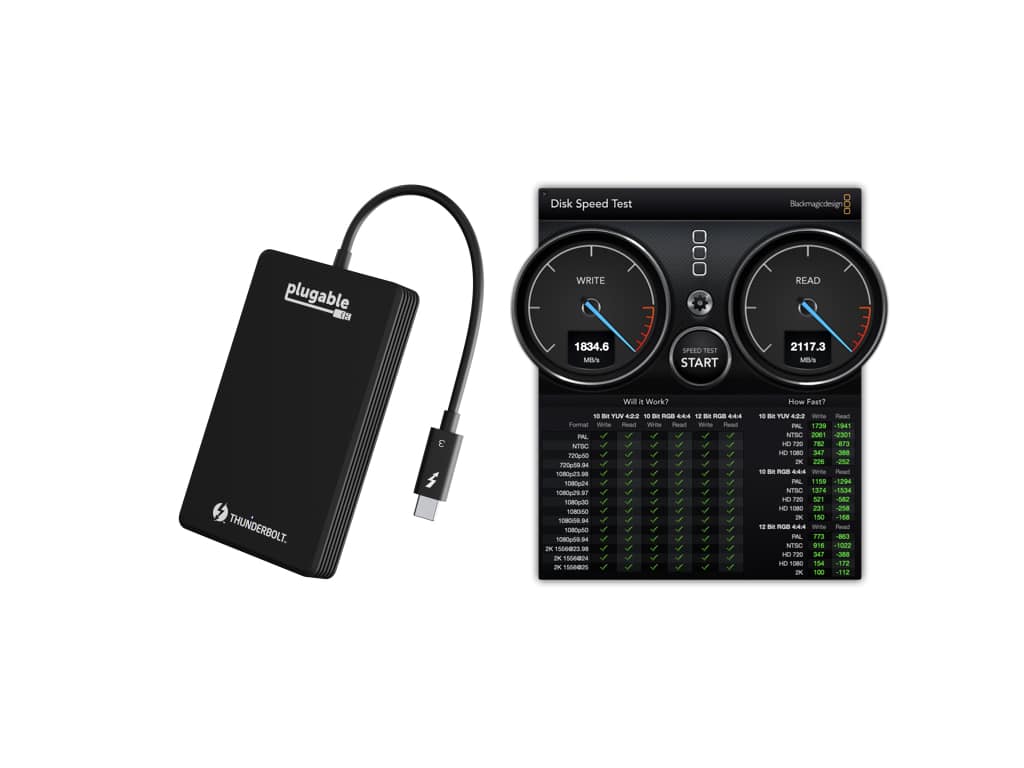 After the first look I published last week of the Plugable NVMe Thunderbolt3 external SSD, now I have my full review and speed tests. I tested three ways: in exFAT formatting (as it comes from the factory), in HFS+ (which Apple likes to call “Mac OS Extended”) and in the latest and greatest APFS (Apple File System), which the newest is most appropriate for flash drives and SSDs with modern versions of macOS. Ahead you’ll see the results with each, with other comments about the SSD and the pros & cons of each formatting system.

Advantages of SSDs over mechanical drives

Compared to the magnetic, mechanical drives with which many of us first learned to use computers, SSDs (solid state drives) are typically more resistant to physical shock, generate less heat, run silently, and have quicker access time and lower latency. Although SSDs are still expensive per GB or TB than mechanical drives, they have fortunately become quite affordable compared to before.

Although in recent history, we have had formats including FAT12, FAT16, FAT32 and NTFS, in this section I’ll briefly compare exFAT, HFS+ and APFS.

Below are speed tests done with the same Plugable NVMe Thunderbolt3 SSD unit supplied by the manufacturer. We thank Blackmagic Design for the free Disk Speed Test for video use, and to Memo Sauceda who fortunately has a MacBook Pro with Thunderbolt3. 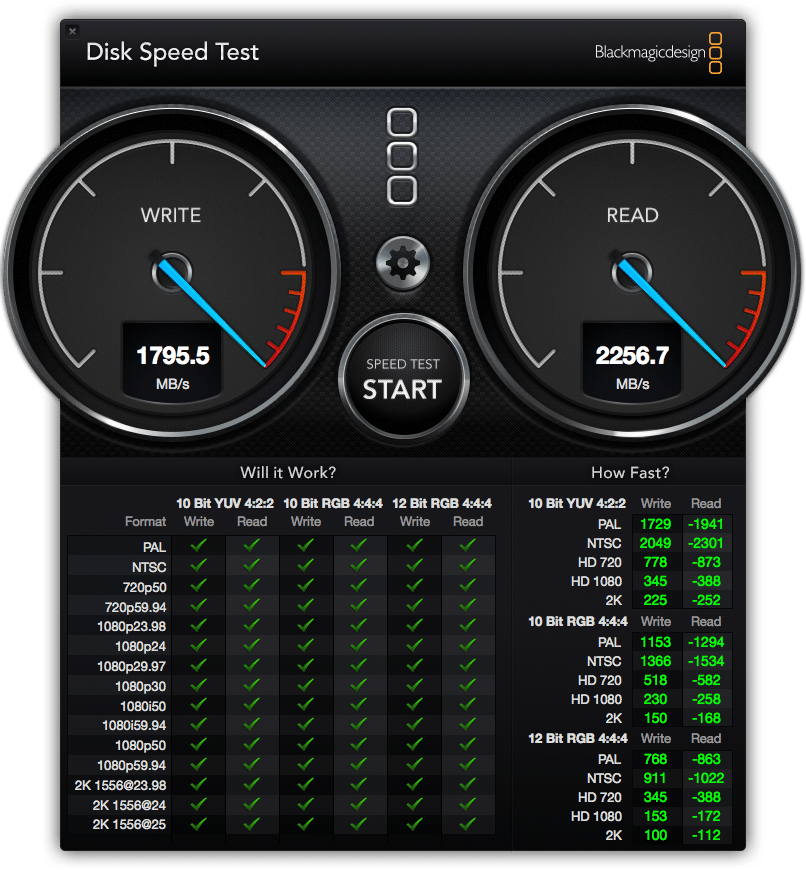 Above, with exFAT (as the drive arrived from the factory) connected to macOS. 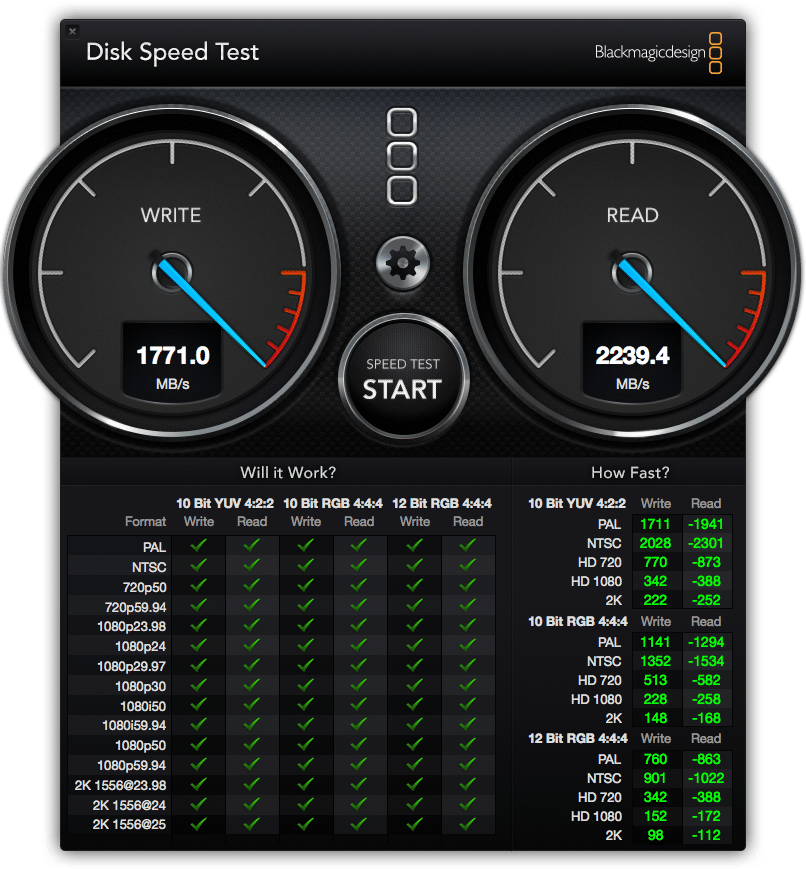 Above, with HFS+ journaled connected to macOS. 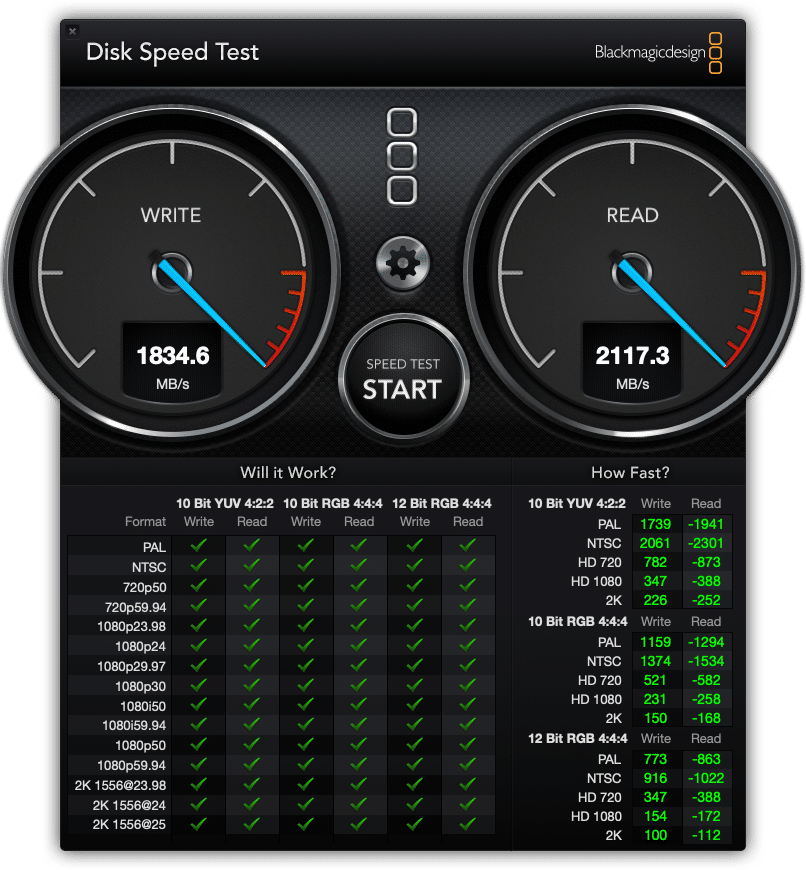 Above, with APFS connected to macOS.

Although they vary, all measurements are extraordinary. In the past, this type of performance would have required a much more costly RAID of mechanical disks, which would be much more complex, noisy and require much more power.

I am impressed with the Plugable NVMe Thunerbolt3 SSD external SSD for several reasons: build quality, the fact that it is silent, bus-powered (no external electricity required), speed and cool-temperature running. Hopefully, it will be just as reliable as other SSDs I have used. The Plugable Thunderbolt 3 NVMe External SSD is available now for $299 for the 1 TB version and US$$499 for the 2 TB version (Amazon link) with a launch discount of $50 off the 1TB drive, and $100 off the 2TB drive.