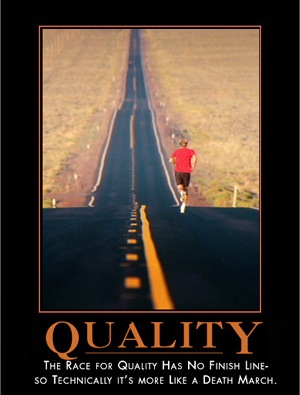 So I wanted to share some personal findings after working heavily with DSLRs for about a year and a half now. I’ve been converting most of my DSLR footage to ProRes LT for post-production, and have found it to be a good size-to-quality happy medium. In most cases, my projects will end up on DVD, web, or some kind of Standard Definition delivery, so LT allows me to strike a quality compromise that tends to be invisible after output. Even for HD applications, I think you’d be hard-pressed to find visible quality issues when editing with ProRes LT, assuming that you aren’t pushing the image too much in color-correction and grading. And let’s be honest, you probably shouldn’t be heavily grading DSLR footage anyway…for as much as I love DSLRs, the footage doesn’t like to be pushed hard. Read on…

Generally I use MPEG Streamclip to convert my raw DSLR footage to ProRes, in most cases using the batch window to convert files individually, but on some projects it’s advantageous to use Streamclip to stitch all the footage into a single clip. Occasionally I’ll use the plodding 5DtoRGB tool with batch script for high-quality conversions, but rarely do I trust the EOS Log & Transfer plugin.

I don’t use ProRes LT for everything…greenscreen is an application where I would opt for a higher quality codec level. Another instance where LT fell apart – recently while creating some homemade light leaks (ala Jesse Rosten), I found that the standard quality level of ProRes 422 showed less banding than the LT quality, but that stepping further up to ProRes 422 HQ didn’t really offer a noticeable quality increase over standard ProRes (probably because my light leaks were from an 8-bit DSLR, and therefore already had inherent levels of gradient banding). Anyway, for me, ProRes LT is Good Enough for most work, particularly interviews and generally static stuff, and then I move on up the ProRes chain from LT as the project and content requires.

I’ve caught some flak from fellow professionals when mentioning the ProRes LT DSLR workflow, but in most cases after they do their own testing, they tend to come around to the LT side of things for garden-variety projects. It really is surprisingly good quality, and the filesizes are not objectionable…roughly 2x the filesize of raw Canon DSLR footage. I was gratified recently to see an article on this very subject over at The Convergence. As they mention, LT is fine for entry-level applications, particularly when hard drive space is an issue. They recommend the standard level of ProRes for projects where grading will be more intensive, and ProRes HQ for chroma key work. Check it out here.