You can review the performance webinar now. There's also a pleasing new PDF guide summary for this info on Adobe video apps. Chris and Trish Meyer helped revise that document and posted additional results in Adobe Premiere Pro and Multiple GPUs, on how to “get a significant speed boost using a variety of hardware solutions.”

This is the first Adobe video on the subject for Creative Cloud, though there a large number of support documents on the topic, as well as videos from other recent versions. The central information hubs are optimizing for performance: Adobe Premiere Pro and After Effects by Todd Kopriva (2011) and Improve performance in After Effects Help.

In early 2011, Adobe hosted a similar one-hour session on optimizing for Premiere Pro and After Effects. The same year, Todd Kopriva released his free After Effects & Premiere Pro Performance Workshop, videos on how to optimize your tools and system for maximum speed. Some of the details are superseded with new features but there's still much there for beginning and intermediate users, like Isolating what you're working on:

CS6 brought a big new feature set, the Global Performance Cache (tutorial roundup), a group of technologies that include a global RAM cache, a persistent disk cache, and a new graphics pipeline. Sr. Product Manager Steve Forde shared the basics in How to Optimize After Effects CS6 for High Performance: 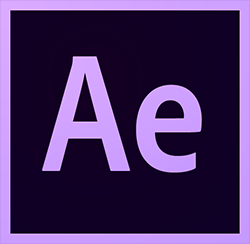 Creative Cloud brought expanded GPU features using technology available on a wide number of GPUs, as explained by Todd in GPU (CUDA, OpenGL) features in After Effects CS6 and After Effects CC and in OpenCL and Premiere Pro CS6. For people using Premiere more than 3D programs, the important consideration is Mercury Engine acceleration in Premiere with Nvidia or AMD GPUs, which lets Premiere work in HD in real time. Since the CUDA raytracing feature in AE is quite slow, even those with the most expensive compatible Nvidia graphics cards won't find much use for them, though other considerations matter (other apps and several plug-in vendors accelerate with Nvidia cards).

At this point, the most pressing issues might be getting the right Nvidia driver onto your Mac, or on Windows determining what computer and components you should buy for Premiere Pro or After Effects – and there's a FAQ for that. I've used several Nvidia cards on vanilla PCs and only once was performance an issue, and that was due to a motherboard issue. Some were qualified by Adobe, but several were not. It's easy to get good playback acceleration with most CUDA 1GB cards, supported or not, though render speeds vary greatly. Also, OpenCL is closer to parity, and you can get reasonable performance even on an older 27″ iMac with AMD Radeon 6970M. Systems differ more than just the graphics cards of course. In early 2013, a MacBook Pro with 8GB RAM by far bested a comparable but low cost 8GB ASUS gaming portable, at least until the ASUS was upgraded to 16GB of RAM.

A favorite Todd Kopriva quote is about setting for optimal performance: “Because compositions and computer systems vary greatly, there is no one right answer to this question.”

Studio 1 Productions seems to keep their extensive list of working preference hacks updated: see How to Unlock Adobe Premiere to use almost any NVIDIA graphics card with CUDA acceleration. Other sites provides more information if you love details on performance, like Premiere Pro Benchmark for CS6 & beyond and Windows-oriented threads on the Adobe PP Hardware Forum, both organized by Harm Millaard. For Mac-oriented results, see After Effects CS6 CUDA/RAYTRACE Benchmark Chart (and project) from Danny Princz, Chris and Trish Meyer on Adobe Premiere Pro and Multiple GPUs, and testing by Adobe's Dave Helmly below.

Only going beyond basic HD flavors to 4K or RAW formats might be challenging for recent computer hardware. For advice on that, see video from Adobe's Dave Helmly, like 4K in Premiere Pro with Thunderbolt on HP (or by Dell in PVC webinars). See also Luke Neumann on how to edit 4K RED footage (test file included) with Premiere and After Effects CS6, and (not shown below) Offline-Online Workflow with Red 5k in Premiere Pro CS6 from SpliceNPost.

As mentioned, there a large number of support documents that might help you squeeze out better performance. The best detail can be found in these recent ones: