Quadcopters, hexacopters, and octocopters, oh my! 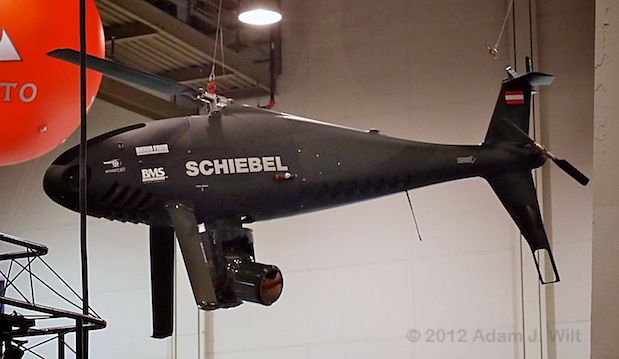 It’s true: the black helicopters are coming after you.

In the first two days of NAB, I saw five different folks walking through the halls carrying multi-rotor camera copters. In previous years? None. UAVs of all sort were all over the show; here are pix of a few of them. 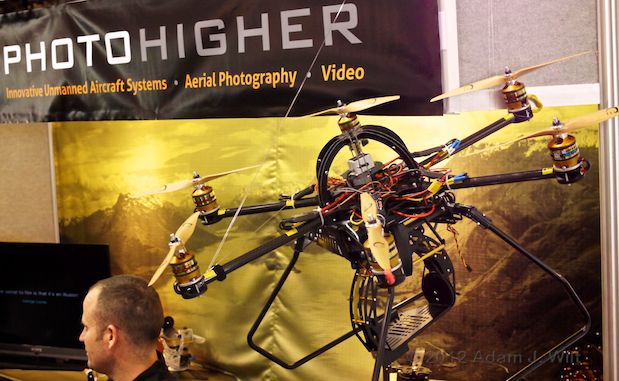 Six spinning rotors of death! Thank you for observing all safety precautions. 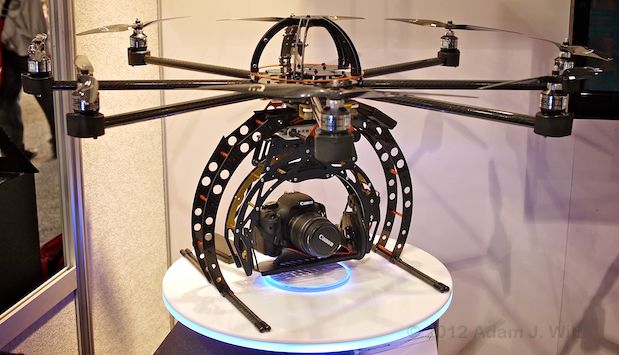 There was no shortage of traffic at any of the UAV stands. 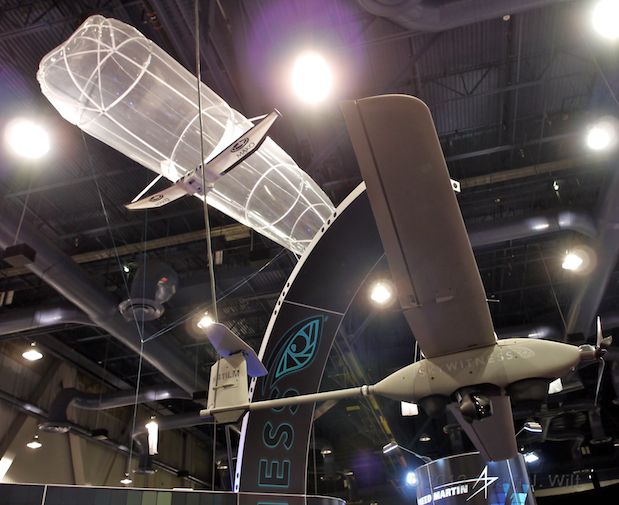 Lockheed Martin showed off an autonomous drone and a lighter-than-air UAV. 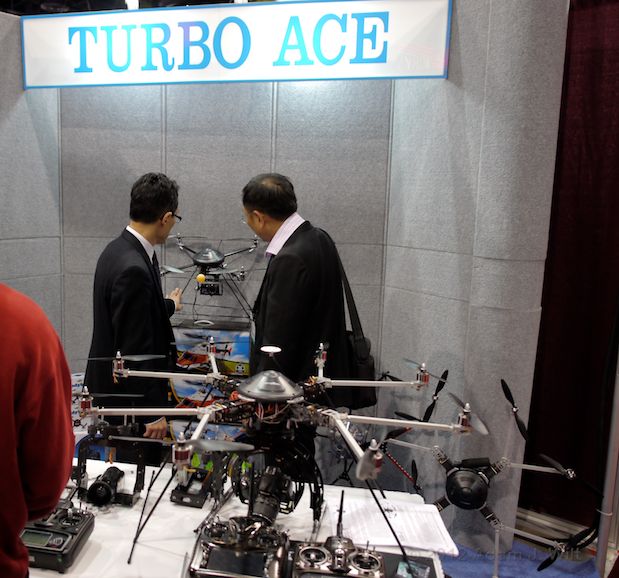 Turbo Ace may have had the highest copter-to-floorspace ratio at the show. 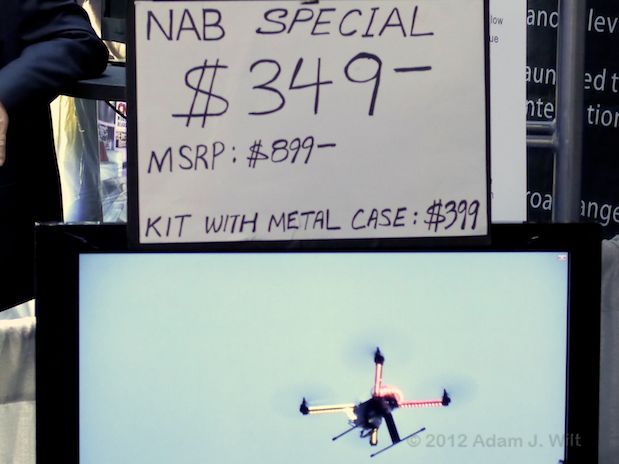 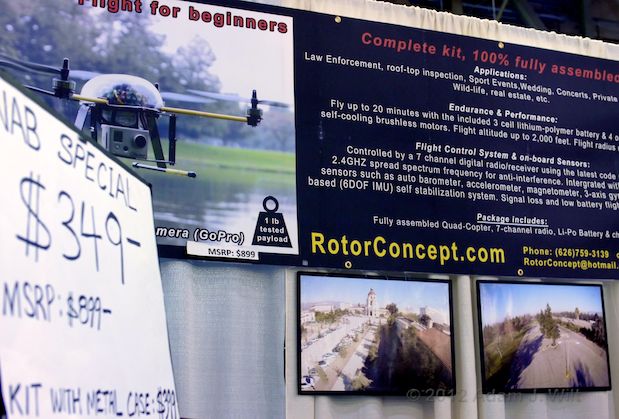 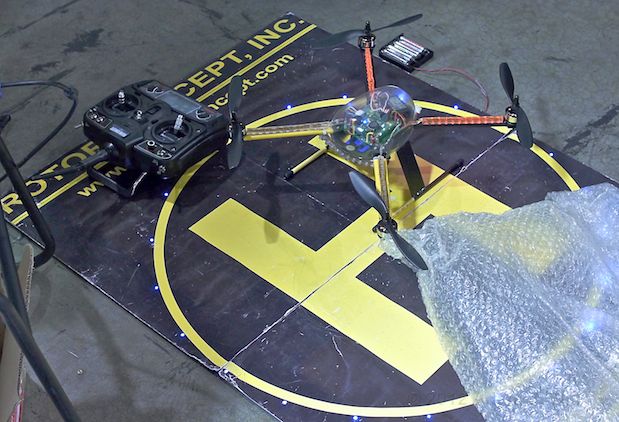 Note: it’s harder (and more hazardous) to fly these things than it looks, and there’s no legal framework in the US allowing you to fly radio-controlled helis for profit (and by “no legal framework”, I mean, “it’s illegal”). I quite handily resisted the siren call of the $349 quadcopter, despite being an aviation nut (with over 1000 hours of real-world, fixed-wing Pilot-In-Command time), because I’ve flown too many copters in an RC simulator, including gyrostabilized ones, and crashed them all.

Still want to shoot with a quadcopter? Do yourself a favor: talk to your favorite production insurance company first, and see what it’ll cost you for coverage… if you can get coverage at all. Then make up your own mind.