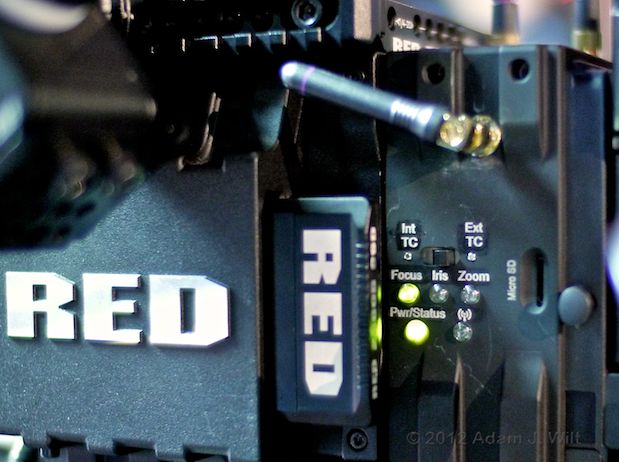 RED’s “Leader of the Rebellion” Ted Schilowitz held a press conference at NAB on Monday, describing the projects and products RED is working on. Rather than paraphrase him, I’ve got him on card (well, it’s not “on tape” and it’s not “on film”; what are we supposed to say these days?) so he can tell you himself. I also have a collection of images shot around the RED booth, for your viewing pleasure.

Ted’s spiel runs about eleven and a half minutes (even with the abbreviatory jump-cuts—thanks, Jean-Luc Godard!) so grab yourself a glass of milk / cup of tea / flagon of ale / firkin of wine / pint of whiskey as you prefer, kick back, and enjoy…

The I/O Module finally brings us many of the “gozintas and gozoutas” that EPIC and Scarlet cameras have been lacking. 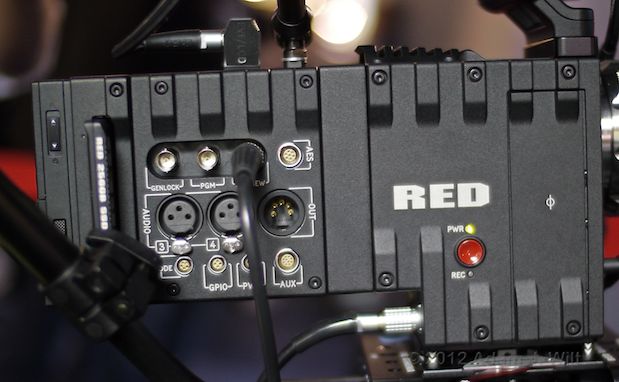 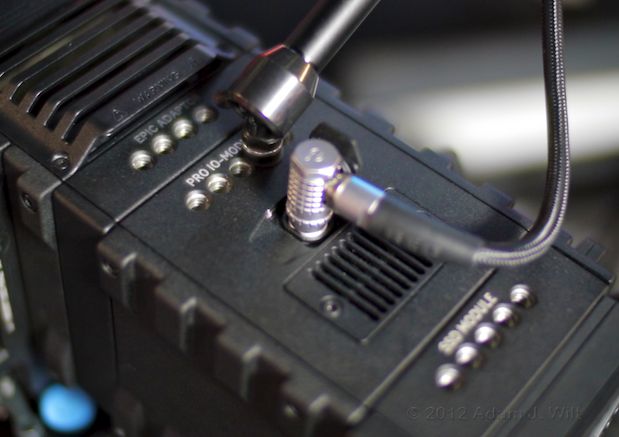 The I/O Module has an additional monitoring port on top. 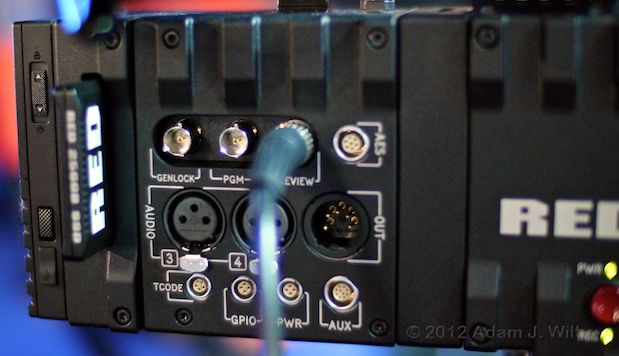 Another view of the I/O Module on an EPIC.

The Meisler [sic] Module’s main purpose is to eliminate the cable spaghetti surrounding a cine camera: it provides wireless audio and video monitoring and serves and integrates Focus / Iris / Zoom (think Preston or Cmotion) control into a single, dockable module. 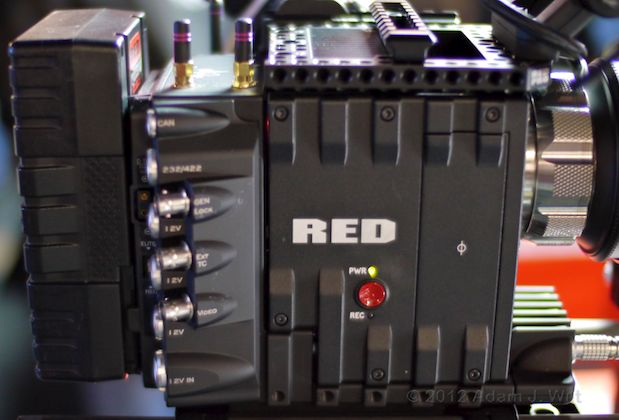 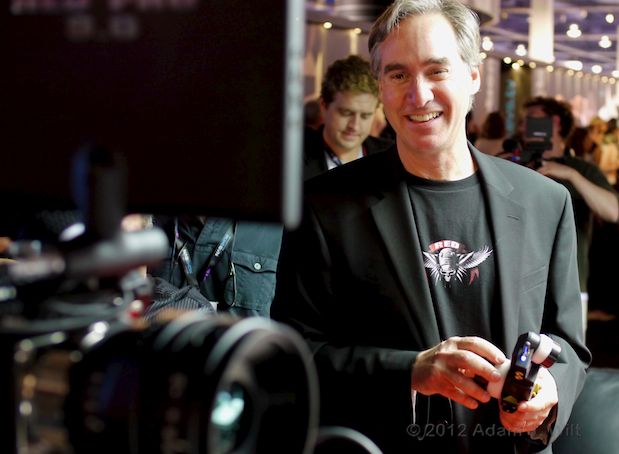 Other shots ’round RED… 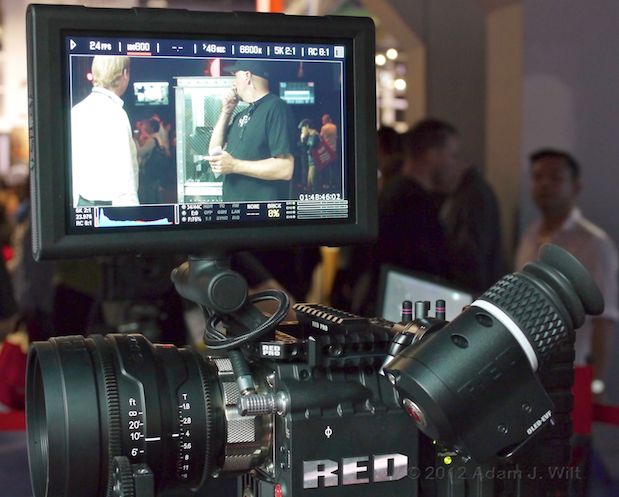 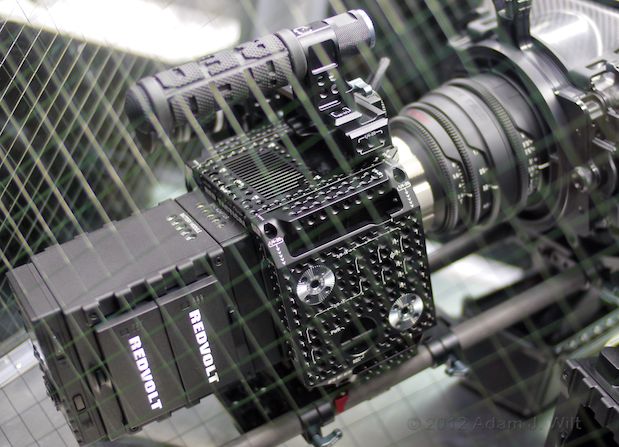 I know why the caged RED sings… 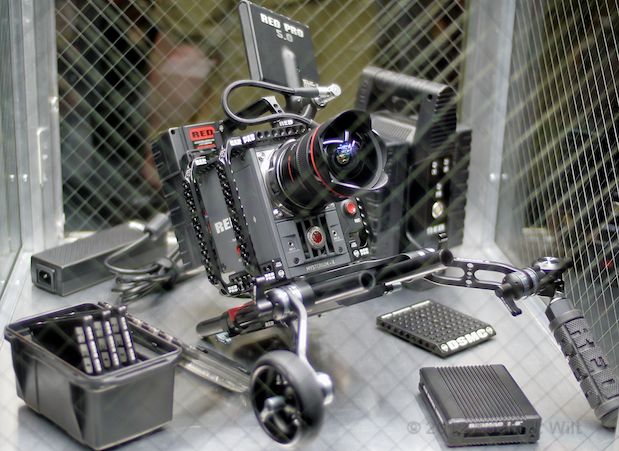 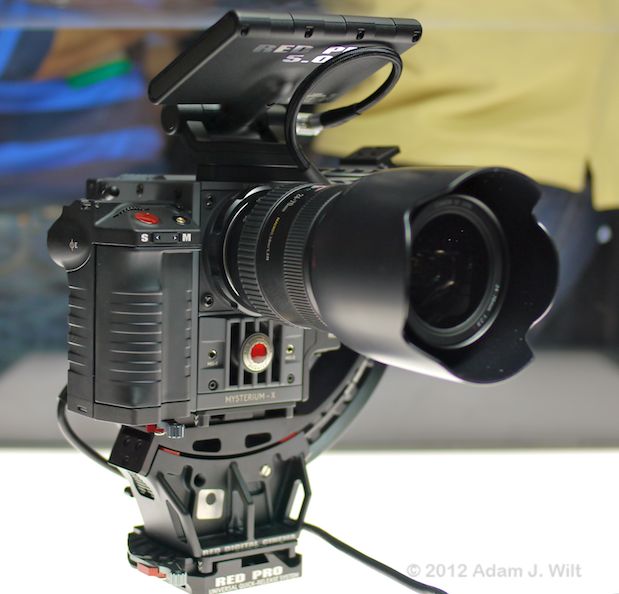 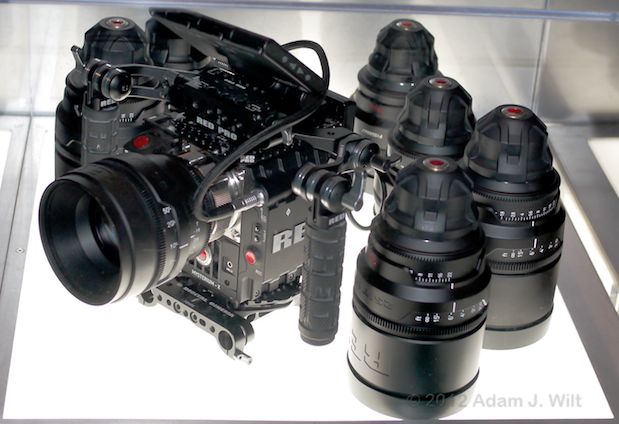 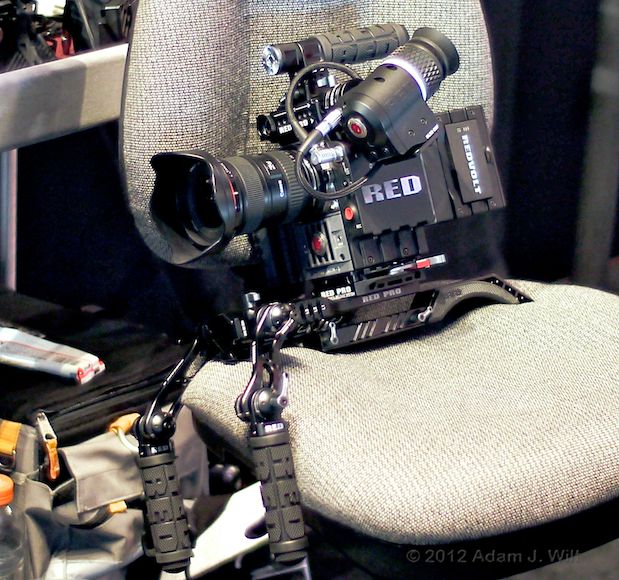 Found lying on a chair. 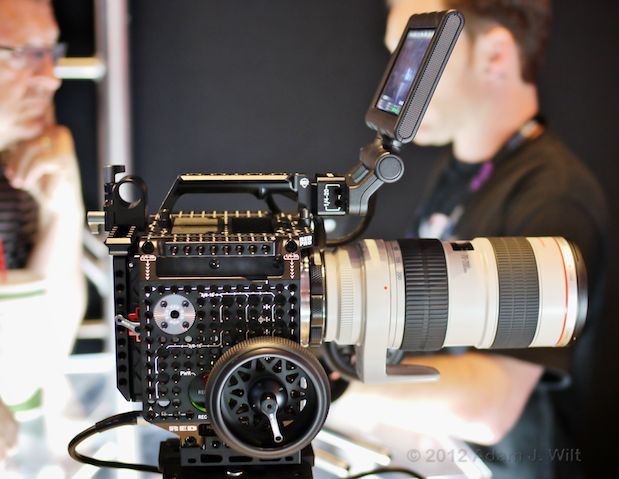 I just hope that side grip-wheel is properly tightened down. 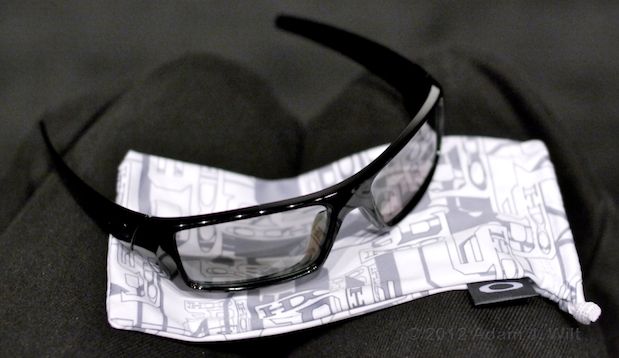 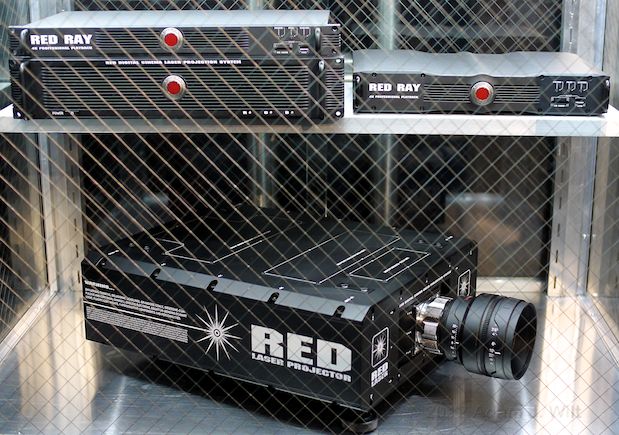 While I’ve never been a fan of RED’s bad-boy/biker-gang aesthetic and techno-aggro design sensibility, the RED folks do at least have a sense of humor:

Warning label on the side of the projector.

There is no material connection between me and RED, and nobody offered any inducements for favorable coverage. However my employer owns three RED ONE M-X cameras, two 18-85mm RED Zooms, three RED ROCKETS, and 90% of an EPIC, all of which were purchased at normal market prices on my recommendation. Whether that makes me an incorrigible fanboy or not, I leave for you to decide.