2012 marks the return to the rack, only without the tape decks… 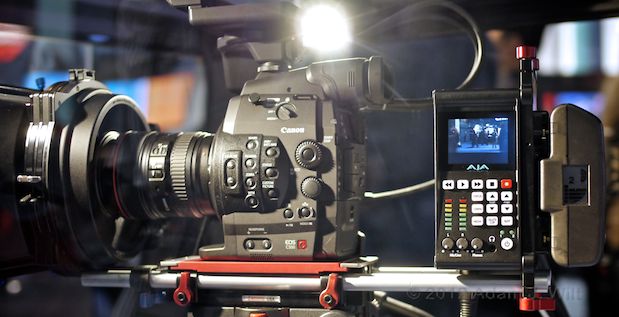 In the past few years the industry has been moving away from rack-mounted tape decks in favor of small, on-camera or near-camera, portable recorders using CF cards, SSDs, and hard disks. At NAB 2012, we saw a partial reversal of that trend: the recorders are moving back into the racks.

Not entirely, however; AJA’s Ki Pro Quad is a portable, 4K-capable recorder with dual SSD slots, designed for capturing data in HD, 2K, or 4K from the newest generation of more-than-HD cameras. 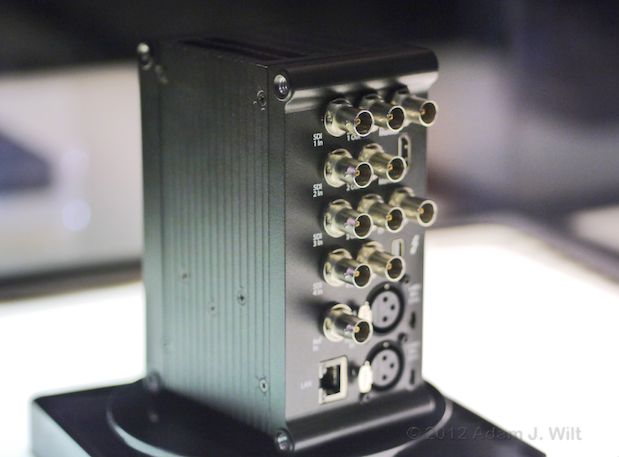 Not that AJA was immune from the rack-’em-up movement:

The Ki Pro Rack reworks the Ki Pro into a rackmount form, adding a second drive module so you can bounce between drives with no downtime. 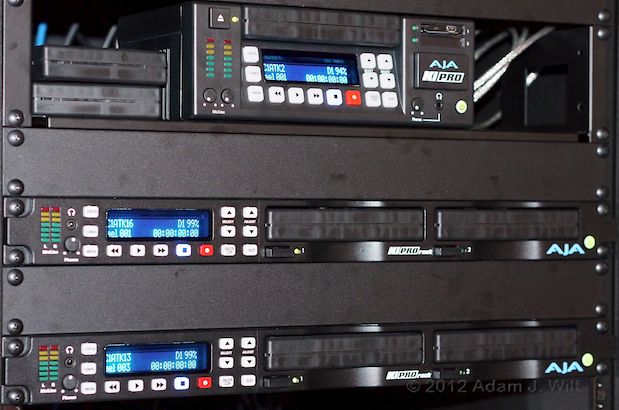 AJA’s Ki Pro family: a recorder for every reason.

Cinedeck has been around for a few years now, selling portable hard-disk based recorders with built-in monitoring screens, often seen mounted on cine cameras. The truck guys have been clamoring for rackmount versions, and Cinedeck now has a couple. 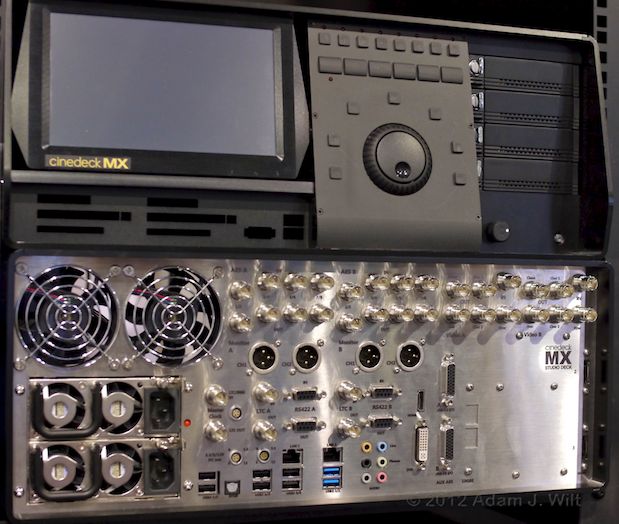 The Cinedeck MX is a full-width recorder with eight drives. It’ll record up to four channels at a time in your choice of codecs (uncompressed, Cineform, ProRes, DNxHD, and more). 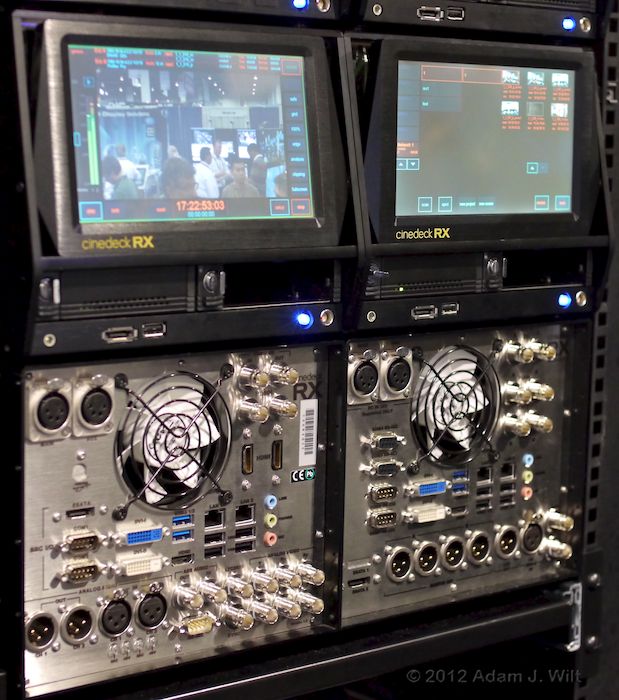 The half-rack Cinedeck RX is a two-channel recorder.

Sound Devices isn’t resting on their laurels. The PIX 260 is based on the portable PIX 240, but redesigned to fit in a rack. 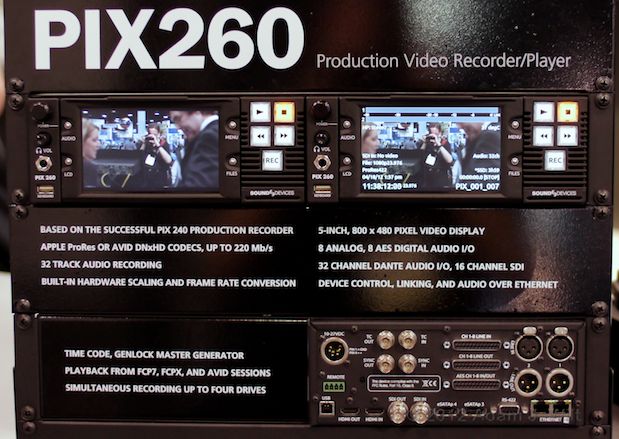 If you don’t mind audio snakes terminating in D-shell connectors, you can cram up to 32 channels of sound into the little box. 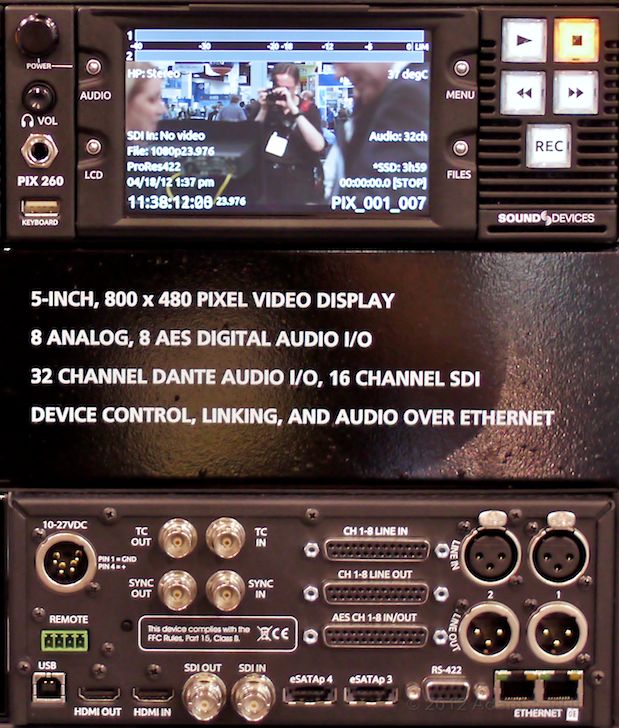 I ran out of time before getting to visit Codex Digital, makers of the most elegant recorders in the business. Fortunately, Jon Fauer has his typically good coverage at Film and Digital Times, so head on over there and get an eyeful.