During his 2015 State of the Union Address, President Obama spoke about unions saying, “We still need laws that strengthen rather than weaken unions, and give American workers a voice.” He then expressed support for a myriad of labor-related issues including paid sick leave, maternity leave, affordable healthcare, and even free tuition at community colleges. 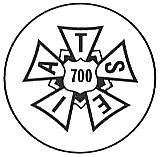 We, the members of the local 700 Editors Guild have been fighting for worker’s rights since the 1930’s, and this past year included numerous highlights in our campaign. Over the past twelve months, we saw three worker’s strikes as well as a statewide debate over the expansion of film tax credits. Today, it’s time that we take a look at the state of our union in the year 2015.

Strike of the Union

It takes a mountain of courage for workers to walk off the job. Post crews have no way of knowing how long a strike will last. Worse, crews strike with the knowledge that a stoppage can potentially lead to their show being shut down, leaving both established editors and hungry young assistants without work. The strikes that took place over the past year affected families and jeopardized careers. 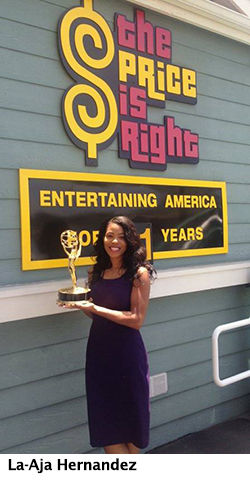 “It was a very scary feeling,” said La-Aja Hernandez, a young assistant editor who went on strike with the Syfy show Face Off back in 2011. La-Aja and her crew got a union contract after walking the line for a week. In addition to being relieved at the outcome of the strike, La-Aja was pleasantly surprised with the lack of tension after the deal was signed.  “I thought it would sour or relationship with our producers or post supervisors,” she said, “but it did not.”

Since her strike’s success, La-Aja has become an advocate for the guild, walking the line on other strikes whenever she can. “I know how important it was for me, when we were on strike,” she said, remembering those guild members who stood with her in solidarity. “They wanted to support us and walk the line with us. I will try to get there and support them.”

La-Aja remembers the improvement in her life immediately after joining the guild. “Our pay increased significantly, especially for those who worked the night shift” she says, “it was amazing.” She explains the need for the union saying, “We work really hard and deserve a fair wage, a retirement plan, and medical.”

Unfortunately, not all strikes end as quickly as those on Survivor, Last Comic Standing, or even La-Aja’s show Face Off. Our third strike last year, which took place on Bravo’s Shahs of Sunset, was a heated month-long battle. As the stoppage began, Ryan Seacrest Productions, or RSP, appeared ready to negotiate, saying in a post on Deadline that they had, “every intention of engaging in a discussion as soon as possible.” Not long after RSP’s statement, Bravo took control of the show and fired the entire editorial staff. On September 26, RSP posted a statement in Variety addressing the events saying, “Ryan Seacrest Productions has deferred to the network’s decision for Bravo to assume all remaining production duties on Shahs of Sunset. RSP will be unable to continue working with the editors that were previously engaged on this production.”

The Editors Guild presented Bravo with an unfair labor practices suit almost immediately. After a month, a contract was reached and the crew returned to finish out the fourth season.

La-Aja Hernandez walked the line on the Shahs strike. Recalling the experience she says, “That win taught us perseverance.”

For more information on the efforts of La-Aja and the guild, please visit PostProud.org

The second big issue in 2014 was the expansion of California’s state film tax credits, aka bill AB1839, aimed at keeping productions in sunny southern California.

A few months ago, I called the guild’s Western Executive Director, Cathy Repola to talk about run away productions. I asked her about right to work states vs union friendly states. I asked if more LA union jobs means fewer union jobs in NY. Cathy taught me that run away production has nothing to do with unionizing or union busting, it’s simply all about creating jobs.“We want to increase opportunities for all our members no matter where they live,” she said.

More subsidies do not lead to production jobs being ferried from one state to another, they lead to more production overall. Film tax credits are great for union workers and nonunion workers alike because they provide new work.

Run away production is a rare issues that unites producers and unions, because everybody hurts when business leaves a community. Support to pass the bill was broadly supported by California companies and unions alike. A website that popped up to push for the legislation, http://www.filmworksca.com was supported by unions like IATSE and WGA, but also by the California Chamber of Commerce, the PGA, and the National Organization of Theater owners. Back in February of 2014, 1,500 people attended the Entertainment Jobs Recovery Campaign Kickoff.

On September 18, Governor Jerry Brown signed the bill tripling California’s film tax credits thanks to the work of a large coalition of advocates including our guild.

Our guild is comprised of 7,300 workers who have come together to improve each other’s lives. When new members smoothly join the guild by working on a unionized production, it can be easy for them to forget that the advantages they enjoy are due to the efforts of the crews that went on strike before them. The crews of Survivor, Last Comic Standing, and Shahs deserve all of our thanks, as do those who supported the tax credit bill alongside us. Our guild creates a bench mark of industry wages that members and nonmembers look to for scale.

Unions are built by workers who takes risks for other works. We must remember that fact continue to act in its spirit in the new year.

Misha Tenenbaum is an Assistant Editor living in Los Angeles, California.  His recent work includes JOBS, American Horror Story, and Chris Carter’s THE AFTER.  He is the founder of EditStock.com, a place for people to download professionally shot film footage to practice editing with.