…and Adobe joins the fray (updated) 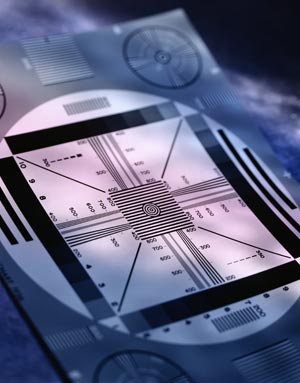 Many companies have made numerous attempts to make the computer the center of our leisure-time activities, often based around trying to introduce computers into the living room. For the most part, they haven’t succeeded; many people still spend a lot more time in front of their TV sets than they do their computers. So instead, Yahoo and Intel are making another attempt to bring the Internet to the TV. Later this week at CES they’ll be rolling out The Widget Channel, “a comprehensive software framework that will enable consumers to access their favorite Internet content while they watch TV.”

You can read CNET/CNN’s article here; the Yahoo “partners” page is here, while the Intel white paper is here. This is part of Intel’s Consumer Electronics 3.0 initiative.

Will it work this time? I generally have a pretty pessimistic attitude toward the ability for these companies to get consumers to change their leisure-time habits (I drank the CD-I Kool-Aid years ago, choked, and have been wary ever since), but from what I’ve read I think they’re a lot closer to the mark this time around. Instead of trying to force round pegs into square (or previously non-existent) holes, they seem to be taking more of an approach of asking what a TV viewer is interested in (questions like “hey – what I have seen that actor in before?”) combined with the leisure activities of computer users (watching YouTube etc.), and trying to support it off of a proven advertising model rather than expensive hardware or license fees. Of course, only time (and the consumer) will tell; they may be too late as generational changes mean newer viewers are more computer-savvy (and therefore, computer-centric), plus spend more quality time with their favorite mobile media devices.

The day after I wrote the above, another shoe dropped: Intel and Adobe announced that Intel is building Adobe AIR and Flash technology into their CE 3100 Media Processor, “the first in a new family of purpose-built Intel System on Chips (SoCs) for Consumer Electronics (CE) devices.” This is part of the Open Screen Project, which “is designed to enable a consistent runtime environment across screens.”

Now, as much as I am a fan of author once/deliver many, I’m also a bit of a pessimist, having seen how slowly other such standards initiatives have been adopted. And then there’s the 800 pound gorilla that’s not in the Flash room: the iPhone (although I wish it was…). I feel a little more optimistic about The Widget Channel. However, if Adobe can pull off the authoring side of this to go along with the soon-to-be-installed hardware base, it could be quite interesting (and beneficial) indeed for content creators like us.