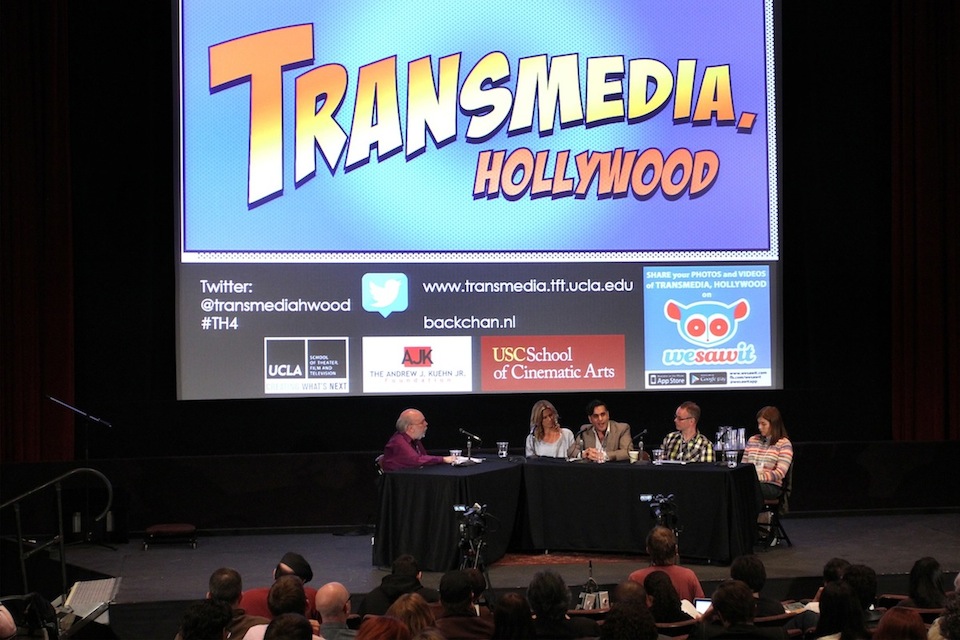 This year's Transmedia Hollywood 4 event focused on the impact transmedia has on cultures networking across various forms of public media.  It was fantastic to hear about projects that effectively span the commercial, educational and social activist spaces.  Producers such as Mahyad Tousi, founder of BoomGen Studios, spoke about blending storytelling and education through the use of a graphic novel he produced called “Operation Ajax,” which told the story of the 1953 Iranian coup. I was especially inspired by producer Katie Mota, CEO of Prajna Productions: Stories with Social Relevance, a Los Angeles-based production company that's focused on creating cutting edge television/transmedia programming that is socially relevant for the Americas and beyond. PRAJNA specializes in the development and production of top-rated dramatic series that address a wide array of social and health issues. PRAJNA creates high impact global partnerships with leading media companies, donor agencies, brands, and NGOS to create engaging programs that will stand out in competitive media markets and affect social change.  Katie spoke about her experiences creating and producing the new video series, “East Los Angeles High,” which also features several add on experiences for the audience that inform and educate along relevant social topics such as pregnancy and birth control.
The entire program was provocative and inspiring and I left deeply inspired by these creative and dedicated experts all working to use the power of media and story to extend beyond pure entertainment into engaging experiences that also educate and inform. 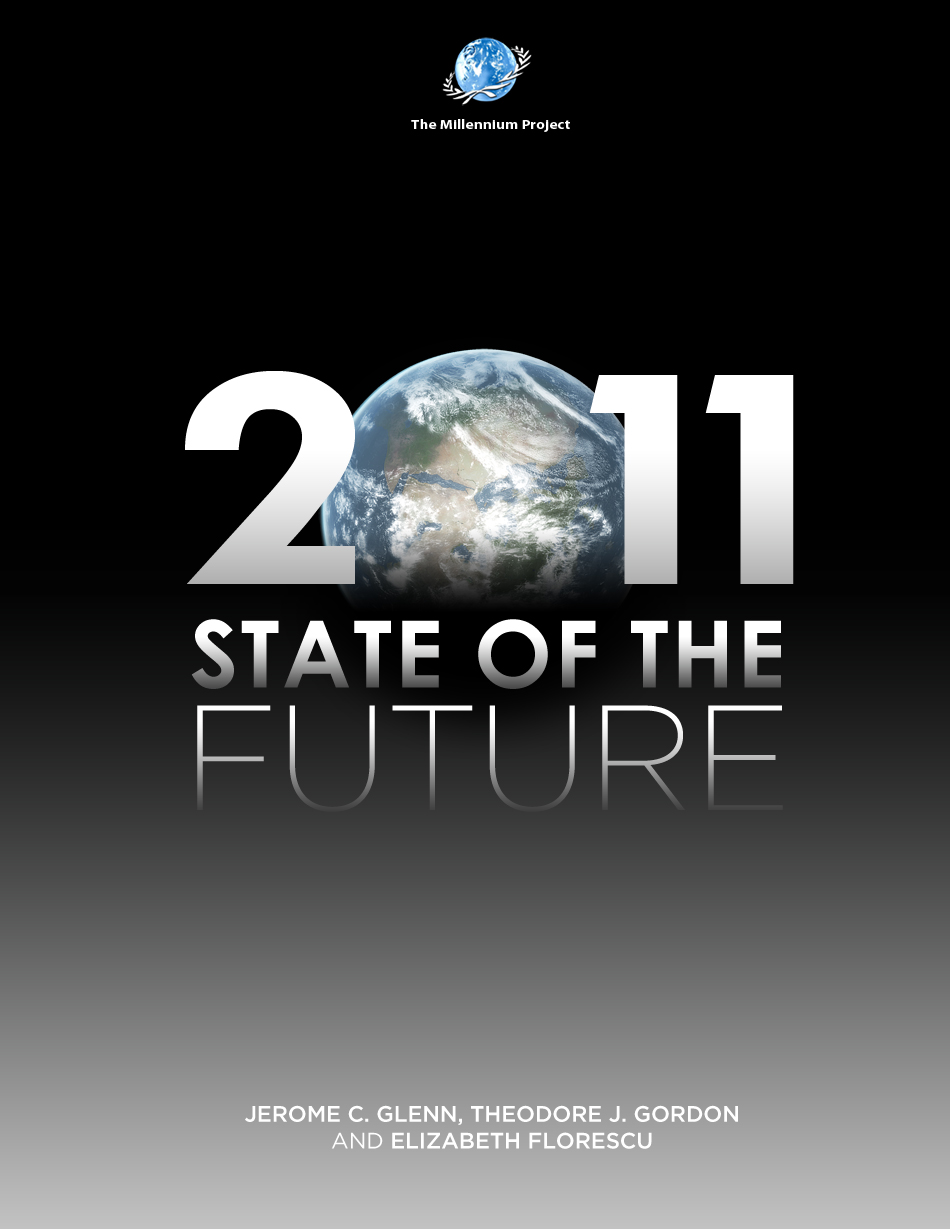 In 2009 I was invited to become the Chair of the Global Arts and Media Node for The Millennium Project.  The Millennium Project is a global participatory think tank that produces the annual State of the Future report, the Futures Research Methodology series, Collective Intelligence and related software, and special studies. The Millennium Project has about 50 Nodes around the world that identify participants, translate questionnaires and reports, conduct interviews, initiate and conduct special research, workshops, symposiums, and advanced training. The Millennium Project’s mission is to improve thinking about the future and make that available through a variety of media for feedback to accumulate wisdom about the future for better decisions today.a global futurist think tank with over 45 nodes located around the world.
In 2011 I worked with the MP team to design and execute a global survey featuring information and questions about art and media's role in the future.  The results and summary of the survey were then published in the STATE OF THE FUTURE 2011 report.
While this chapter was written in 2011 much of the information and findings are still very relevant.
You can read the report here:  STATE OF THE FUTURE 2011 ARTS AND MEDIA 2020 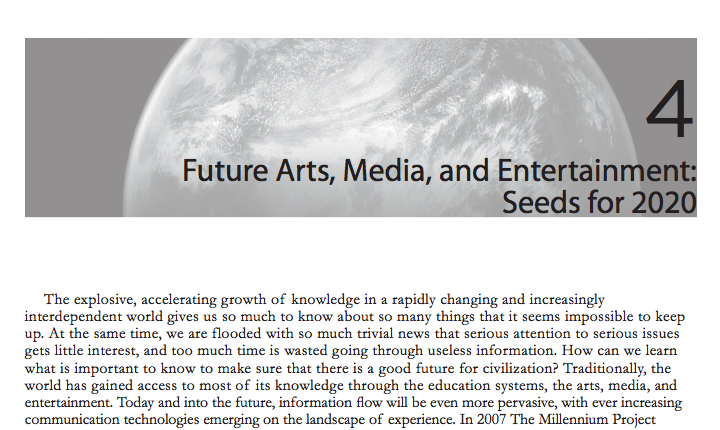 It's been fascinating to observe the trends of new and emerging technologies and their impact on storytelling and content creation.  While a great story with compelling characters is key to emotional and intellectual connection to an audience, new technologies and media platforms combined with traditional media give innovative storytellers and designers new tools through which to more deeply engage their audiences.
Creativity abounds and we're now all required to think both in and out of the box and collaborate.  With no holds barred to accessing a global audience, freedom of expression and speech has never been greater.  I believe that along with that freedom lies both the opportunity and the responsibility we have to create a better future through arts and media.
Support ProVideo Coalition
Shop with