What is a photographer thinking about when they take a photo? Are they more focused on the look of a given image, or the narrative of the project as a whole? What literal and figurative hardships do they have to go through to bring their project to life?

Those are just a few of the questions that some of social media’s most popular image-takers go through in a new web docuseries called “Through The Lens” on its AdoramaTV. Find out more about the show, about the creators and what’s upcoming via the news below.

Adorama, one of the world’s largest photography, video, audio, imaging and electronics retailers, recently launched a new web docuseries called “Through The Lens” on its AdoramaTV online channel. An insta-hit, the YouTube series profiles Instagram’s most popular photographers, highlighting their unique photography styles in each episode. Followed by hundreds of thousands of social media users, these artists share their journeys, biggest inspirations, tools and best tips in brief AdoramaTV episodes, which are gaining popularity with every new release. Most recently, episode 7 of “Through The Lens” featuring Jason Peterson was just released yesterday – watch now here: https://www.youtube.com/watch?v=ZQ4ua-CaETU.

“The feedback from our audience has been overwhelmingly positive,” states Salvatore D’Alia, video content producer at Adorama. “They really appreciate the message of the show and admire the production value. We’re really proud of how ‘Through The Lens’ has taken off and are looking forward to working with more inspiring photographers.”

The first six episodes of “Through The Lens” have been extremely well received, earning statuses as some of the most liked and commented on videos on the channel. Featured Instagram photographers are also pleased with the response from the show, saying:

“Since being featured on ‘Through The Lens,’ I have received such great feedback on how I’ve inspired others to follow their passion for photography. It has given me an even greater sense of determination to give back and connect deeper with the community.” – Jose Tutiven aka @Tutes “Through The Lens,” Episode 2

“Being able to share my photography journey and inspire my fans through Adorama’s ‘Through The Lens’ has been an absolute honor.” – Natalie Amrossi aka @Misshattan “Through The Lens,” Episode 5

“Through The Lens” offers an interactive experience that caters to the young, social media savvy audience, introducing them to photography from a relatable perspective. A second season is already in the works, and it is set to showcase even more photographer collaborations, tips and inspiration, plus concurring local events to give the audience a more immersive experience with “Through The Lens” artists.

To watch full episodes of “Through The Lens,” please visit http://adorama.nyc/category/through-the-lens/. 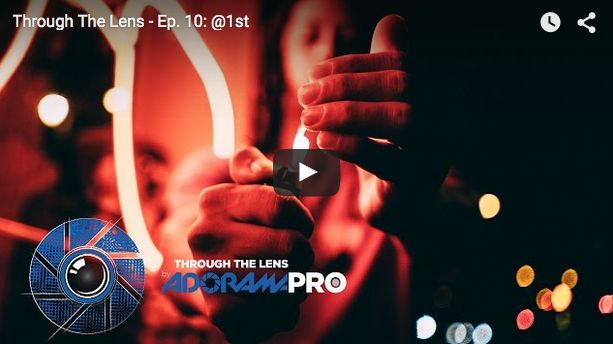 On Sunday, July 19th, Adorama will host a Sony Day PhotoWalk with featured “Through The Lens” episode 3 photographer Antonio Jaggie. Taking place on the scenic streets of Chelsea, attendees can explore New York City through their own lens and capture great moments. Food and beverages will be provided by Telegraph Coffee before the photo walk commences at Adorama, where the friendly staff from Sony will be showcasing their newest cameras for the crowd to test out.