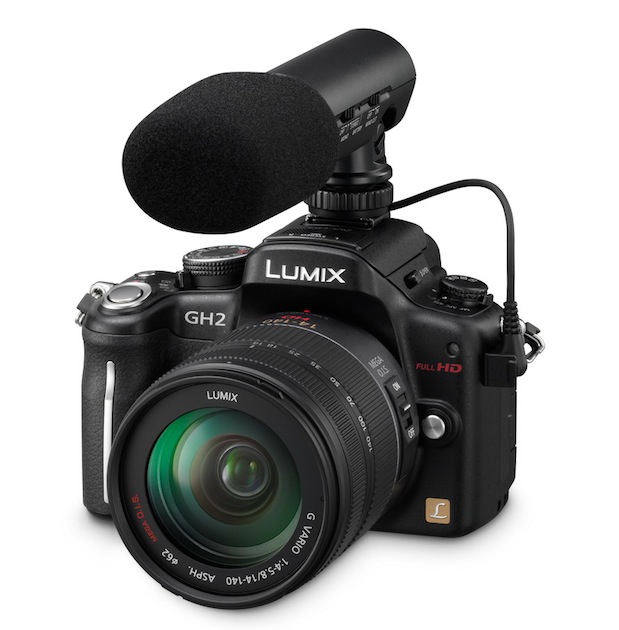 The segregated 59.94Hz version of Panasonic’s Lumix DMC-GH2 camera (aka GH2) originally offered just two combinations of progressive internal AVCHD modes: 1080p23.976 (commonly but imprecisely known as “24p”) and 720p59.94 (commonly but imprecisely known as “60p”). With firmware version 1.1, Panasonic added a 29.97PsF AVCHD mode at 24Mb/s to the 59.97Hz segregated version of the camera (together with some other improvements), and after the update, the GH2 fortunately does make an internal AVCHD recording at 29.97 fps. Sadly, what was already unfortunate with its HDMI output before is now worse after this update, as I discovered when testing the PIX 220 HD recorder from Sound Devices with the GH2 (and other cameras). This is ironic since Panasonic originally advertised this camera as having a clean recordable HDMI output. This article will explain what this means in detail, include some test footage, and what you should know and possibly do about it.

My prior conversations with manufacturers of external HD recorders had already told me that the GH2 camera unfortunately did not output native 23.976p over HDMI, so that was a given. However, now that the camera has the firmware update to add 29.97 fps, I was optimistic that the camera would hopefully output native 1080p29.97 over HDMI, or at least 1080PsF29.97 over HDMI (i.e. 1080 at 59.94 fields per second).

Disappointment with the HDMI results after the 1.1 firmware update

I visited Carolina Bonnelly of Bonnelly Films since I knew she owned a GH2. She updated the firmware before my arrival. When I arrived with the PIX 220 loaner unit from Sound Devices, Carolina set the camera for the new 1080p29.97 mode and mounted it onto her tripod to get a shot of foliage outside her balcony and I connected and configured the PIX 220 recorder. (I particularly wanted moving foliage since it tends to exaggerate compression artifacts with H.264 camera recordings.) At first, I was hoping that the firmware update would allow the GH2 to output native 1080p at 29.97 fps. No such luck. Not only was it outputting 1080i (interlaced), it was doing so at 60.000 fields per second instead of 59.94 fields per second. (The PIX 220 and PIX 240 indicate the exact source type on screen.) Despite that, I invoked the PIX 220’s wonderful new mode which allows interpreting 1080i as PsF (and records a true progressive recording), and made a short non-standard 1080p30.000 recording at ProRes422(HQ) directly from the GH2, which you’ll see below:

At first, I thought that the HDMI simply contained incorrect metadata (especially since the internal AVCHD recording of the GH2 at 1080PsF was correct at 29.97 fps) and thought it would be difficult and cumbersome to have two separate clocks in the camera, but after discussing with Sound Devices, I found out otherwise. This was Sound Device’s analysis: “The GH2 records internally at 59.94i but outputs @ a true 60i … this is achieved by duplicating a field every 1001 fields i.e. every 16.67 seconds. So the PIX is actually correctly reading the GH2’s output.”

If you want to do this with a GH2 and an external recorder for a project that requires a standard 29.97p, then you’ll need to conform it. One way to do that with Final Cut Pro X is by placing the footage on a project that is already set for 1080p29.97, dragging the clip into the timeline, and then invoking the Conform function after selecting the clip. In Adobe Premiere Pro CS5.5, select the clip in the bin, right-click, and in the contextual menu select Modify>Interpret Footage. Then you can conform the clip to 29.97. To do this, select the second option under Frame Rate: Assume this frame rate: and enter 29.97 in the field. Here is the same clip, conformed to 29.97 fps and encoded and uploaded to the web at 29.97p.

Another note about these videos

Prior to the firmware update, the GH2 definitely had a way to shut off absolutely all of the superimposed menus on the HDMI output. When we made these recordings, neither of us noticed that some of the menus were still visible on the output. I just confirmed with Carolina that the GH2 can still completely shut off all superimposed menus on the HDMI output after the firmware update.

I am very disappointed that Panasonic as further crippled the HDMI output of the GH2, instead of improving it. However, I am glad that they added the 29.97PsF AVCHD recording option to this camera for internal recording. If you already own a GH2 and were considering purchasing an external HD video recorder to record 4:2:2 externally at 29.97p, understand the necessary workarounds in post. If you don’t yet own a GH2 camera and are particularly looking for one that can be directly compatible with external 4:2:2 recording at 29.97p, know the limitations and necessary workarounds in post, or even better, consider a camera whose output is already directly compatible. I don’t know how noticeable it might be to have a field repeat every 16.67 seconds, but I’d feel better not having to worry about it. On the other hand, if you are completely happy with the internal 4:2:0 recording, know that you can now do so at 29.97PsF AVCHD with the GH2.

Standby for more about the Pix recorders from Sound Devices in my upcoming article SoundDevice’s PIX recorders: a closer look as of firmware 1.07. If you’d like, you may subscribe to my mailing list here.