Reactor 88 is an independent production company based near Chicago with a unique focus on creating films based on role-playing game narratives. The company’s first production, InSpectres was released in September 2013 and the team is hard at work on their second film, Dead News Report. We spoke with Darren Orange, CEO of Reactor 88, about their films, their inspiration, and their tools.

What drew you into filmmaking?

It was a complete accident. I wanted to make video games originally, but when I made a short film to illustrate the concept for a video game idea, I got hooked on the filmmaking part. I dropped my game aspirations and start making movies. I made a lot of short films at first and it grew from there. I will never forget my first project. The weather was extremely cold and we were all in shorts and T-shirts but I had such a blast working with my team. It brought home to me how collaborative filmmaking is. I realized I would never have experiences like this in video game work – fun though that must be, too. 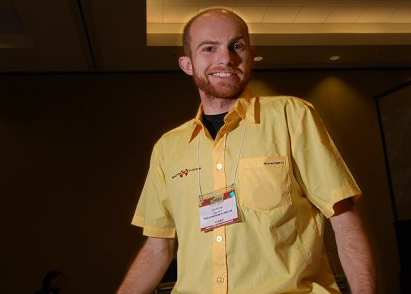 What is it about role-playing games that provides great content for films?

Role-playing games at their core have always been more about telling stories than about creating worlds. And for me personally, as  a filmmaker it makes sense to me to focus on telling great stories. There are a lot of other creative people in the role-playing game world who are passionate about creating the worlds. I am comfortable relying on their talents and putting my efforts into the characters and how the narrative unfolds from their personalities. Again, it's the collaborative aspect of filmmaking that I love.

How long have you been using Adobe Premiere Pro?

I've used Adobe Premiere since 1999. I started on version 5.1 or 5.0. I originally learned how to use the software to create anime music videos. Only after that did I realize I could make any kind of film this way. Learning to edit was amazingly liberating: I realized what kind of power this put into my hands. Later on I drifted over to Final Cut, but I'm back with Premiere Pro now. 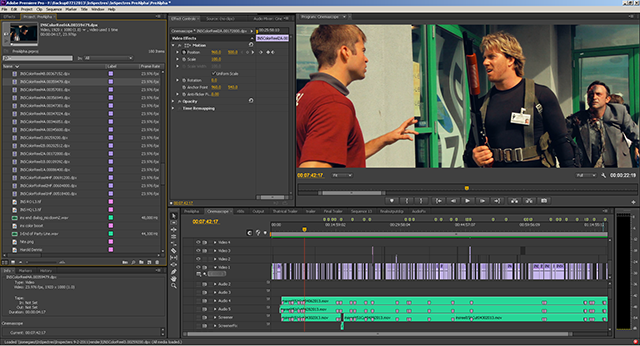 What made you switch back to Premiere Pro?

To be honest it’s kind of hard to say why I ever left Premiere Pro. I think maybe it was just peer pressure. I came back because Premiere started to support  so many different native formats, including H.264, which we used to shoot InSpectres. It was so much easier to work in Premiere Pro than it was in the other software. I'm glad to say that I'm staying with Premiere Pro now for good: it's just the best editing platform out there, no question. Adobe has done a fantastic job at pushing development and making the Creative Cloud video tools into the most capable, the most dynamic, and the most complete workflow solution there is.

Yes we used Audition for pretty much all the sound for InSpectres, from sweetening the audio recorded on location to adding sound effects to the final mix and 5.1 surround sound for our DCP for our theatrical release. We worked in Audition over an eight-month period and it was a great experience. We pushed the limits of our hardware, but the software could just keep on going. The most impressive thing for me was the noise reduction, which allowed us to retain over 90% of our location sound: it was a massive time and cost saver. But it also matters to me as a director to be able to use as much of our original audio as possible. 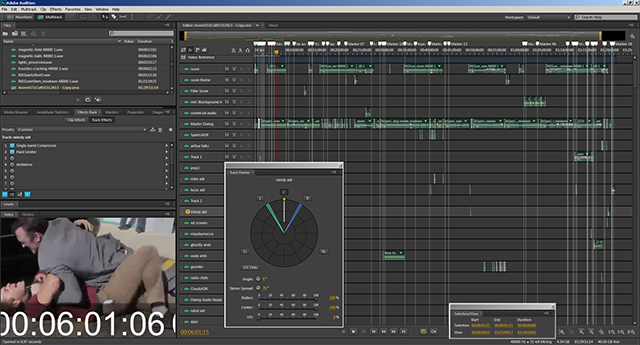 Was it hard for you as a video editor to get used to Audition?

Audition was easy for me to pick up and learn. It felt like I was editing video so I found the transition was very easy. My co-producer Sean Czaja has lots of experience doing sound work and he was also able to get up to speed in Audition very quickly.

Sean also did all of our visual effects shots for InSpectres in After Effects.

In your next film you are moving to an all Creative Cloud workflow. What led to that decision?

I don't want to have to worry about which applications will work with which, or whether they will support industry standard formats and cameras. And I need support I can count on, no question. Simply put: Adobe rocks when it comes to working with everything out there on the market and the community around Adobe is like none other. Another thing that matters to me, which many filmmakers seem to forget about, is that, at some point, you are going to have to archive your work. Do you want to archive your work across all kinds of different software and be unsure of future support? Again, Adobe is the clear choice for me.

Tell us about your next project.

Dead News Report is a post-apocalyptic story about a group of survivors trying to reach a news station which they discover is still broadcasting. This film has been a long time coming. The original concept was created by my mentor Bill Allan back in 2002. Since then, a lot of things have changed: it’s no longer a kind of newsroom drama, but much more of an epic story. While there are zombies in the picture, the film focuses on the characters. The story is all about people finding their purpose in life and how that purpose can affect others.

Is it hard to move from comedy to such intense drama?

Not really. I generally lean towards more serious work anyway. That being said Dead News Report is going to be challenging for the actors in terms of where they need to go emotionally. I try to learn everything I can about everything involved with the film. This includes researching real-world examples of the emotions that the characters experience. I think as a director not only do you need to be technically excellent and really connect with the actors, but you really need to feel what the actors are going though. It's a kind of empathy, getting that connection with the performance and helping the actors get there by understanding how the things that they are experiencing would affect people in real life.

Where do you hope to go with Reactor 88?

We have a whole slate of films that we would like to produce. We have a very pragmatic strategy. We want to keep our focus on turning games into movies. The feature after Dead News Report gets back to that and we already have the first draft for that script.  Going forward I hope we will evolve into a preeminent intellectual property production company.

What would you advise someone who is considering moving to the Creative Cloud production tools?

What are you waiting for?  Take everything you're doing now and just plug it in. The system is designed to support your workflow at any stage. Take any scripts or concepts and get them into Adobe Story and go from there. It’s so nice having every part of pre-production to postproduction all in one place and knowing that all the pieces will work seamlessly with each other. It runs on OSX or PC and there is even a free version of Story. Get started now, there's no excuse!

Darren Orange has been a Creative Cloud member since July 2013. He is the founder of Reactor 88 and has been at the head of its production development since 2003.