Several weeks ago, we wrote about some of our favorite new features promised for the next update to After Effects CC (Creative Cloud). Since then we’ve produced a series of videos about these features; below is one about using After Effects to create animated text templates for Premiere Pro CC.

(Note: We personally have problems with these videos playing in Safari; Firefox or Chrome work fine for us.)

As we mentioned previously, a main focus for After Effects CC in this hopefully-imminent update is in being a good partner for Premiere Pro CC. This particular feature is being referred to as Live Text Templates. An After Effects user can create a composition with one or more text layers, lock the text layers you don’t want the editor touching (such as maybe the title of a show), and keep unlocked those you do want them to edit (such as a presenter’s name or the title of the next show segment). Then you set a new switch in Composition Settings to designate the project and this comp as a Template.

A Premiere Pro user can then import only enabled template compositions from that AE project as assets into Premiere Pro. Once this asset is opened in Premiere Pro’s Source (not Edit!) window, you can access its Effect Controls and edit the text of the unlocked layers without touching the font, styling, or animation. This asset can be duplicated in the Premiere Pro Project panel, and the duplicates can be edited separately to create multiple versions of the template.

The above video is part of an update we created to our course After Effects: Creative Cloud Updates for lynda.com. If you don’t already have a lynda.com subscription, click here to register and get a free all-access 7-day trial before they start charging your credit card. We have a lot of other courses up there, including a recent one on using a combination of After Effects and Premiere Pro to quickly enhance the production value of substandard footage. 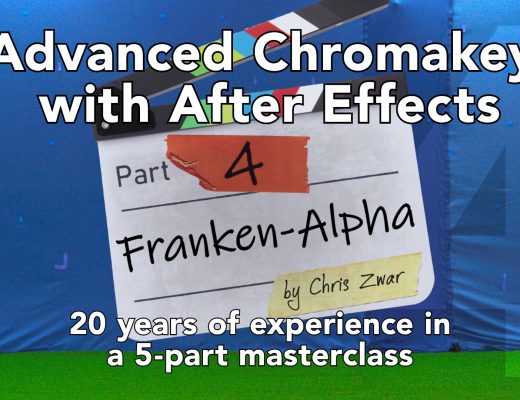