FireFly is not just the name of a popular western space opera, it’s also the name of a series of tools for cinematographers. Used in films as the recent History of Love. 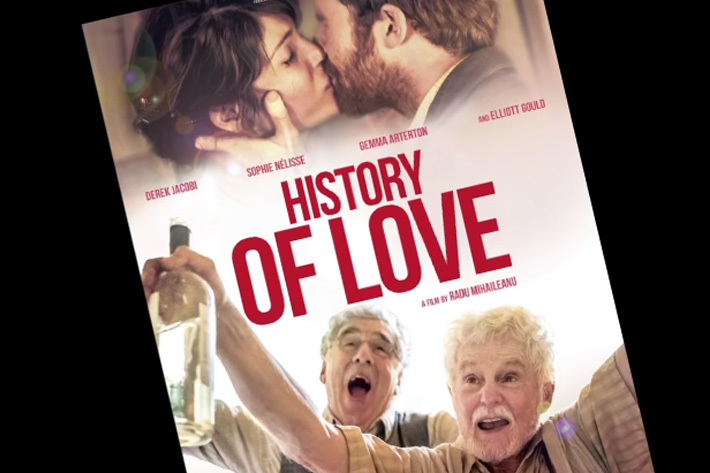 FireFly Cinema, a French based developer of affordable color grading and dailies processing applications, offers a complete suite of products for cinematographers.  It’s one more solution to explore if you’re looking for alternatives.

Programs as DaVinci Resolve from Blackmagic Design have changed the landscape when it comes to NLEs. Suddenly, newcomers to the industry discover a free solution that competes with some of the classic names, in terms of non-linear editors. We’ve covered here at ProVideo Coalition some of those  free options and since we’ve published the article many of these solutions have evolved, becoming even more powerful.

FireFly products are not in the list of free programs to use, but FireFly Cinema, the Paris based company behind the software presents itself as a “developer of affordable color grading and dailies processing applications”. The company formed in 2010 by Philippe Reinaudo and Luc Guenard has 35 years of combined experience on hundreds of feature films and its tools are widely used across European film productions. The company has also been a regular presence at different events in the United States, from CineGear Expo to NAB.

FireFly Cinema has three products on offer: FirePlay, FireDay and FirePost. One of them, FirePlay, is available in a free version which you may want to try. FirePlay is, according to its creators, “a high quality, on-set playback and color tool that can handle almost any camera format and provides professional color grading. It’s the starting point for a powerful workflow that takes you from the set to the finishing suite. It will quickly become an indispensable part of your professional toolbox”.

The free version allows users to preview files, and make artistic color grading choices, while the complete version, FirePlay Live allows users to to see live color grading previews and export CDLs and LUTs for use in post. While the information on the website wil give you more clues about the whole suite, the best thing is to read about the experience cinematographers have with the products.

FireFly Cinema, recently announced that its entire suite of solutions was used on Radu Mihaileanu’s latest feature film, A History of Love, to manage the digital cinema color workflow, from on-set dailies through to the finishing suite, ensuring a consistent color process throughout the production and post production of the movie. The Romanian-born French film director, Radu Mihaileanu’s and team chose FireFly software as the complete solution to their needs.

The History of Love (L’Histoire de l’Amour), which opened in French theaters on November 9th 2016, is an internationally co-produced romantic drama film directed by Radu Mihaileanu (The Concert), starring Derek Jacobi (The King’s Speech), Gemma Arterton (The Prince of Persia), Elliott Gould (Ocean’s Eleven), and Sophie Nelisse (The Book Thief). Based on the 2005 novel of the same name by Nicole Krauss, the story follows a Polish Jewish immigrant who has long been nursing the pain of losing the great love his life, Alma, after her family emigrated to the United States during World War II.

Throughout the production of the movie, a system running FireFly’s FireDay digital dailies coloring tool was set-up close to the camera to provide a live grading preview on a reference monitor in the video village.

Director of Photography (DP), Laurent Dailland, explains: “The fact that FireFly Cinema offers a complete suite of products is very unique. It ensured that decisions we made on set about the look were carried all the way through the post and finishing processes. Just a few years ago, there wasn’t really a great solution for an end-to-end color workflow. But now, it’s really unacceptable to start a film project without having one in place. It’s the only way for both the DP and the director to be sure that the creative decisions they make on set are faithfully carried through to the final film.”

For Dailland, it was important to be able to collaborate with the Director on the artistic aspects of the final look and doing this on-set maximized the use of their time. FireDay captured all color grading decisions made while previewing in a metadata database, and made them available to any other digital film management personnel who might need them. Thanks to FireDay’s user friendly and intuitive interface, the data wranglers who were located “near set” in a separate production area were able to use another FireDay system with access to the same color data to manage copying, backups, MD5 verification (generating MD5 codes that could be used to check integrity of copies throughout the post process), cataloging, and automatic application of color grading to the RAW files.

Using FirePlay, FireFly’s on-set playback and color tool, Dailland was able to check the color grading even when he was not on set. The data wranglers simply exported a few stills from the RAW video clips along with the color grading data on a USB drive every evening, to allow Dailland to playback and tweak settings on his own laptop in RAW format, using a copy of FirePlay Free. This way, he was able to make adjustments and save his new color grading decisions back to the project database.

Using FireDay, the data wranglers were also able to quickly create H.264 versions of the files for the director, Radu Mihaileanu to preview, using a simple media player like QuickTime. This fulfilled his need to have dailies of the footage, and allowed him to provide any additional notes on color, and provide instructions for the production team.

Eclair Group, the lab that worked on the History of Love also benefited from the use of FireFly’s FireDay. After receiving a copy of all RAW camera files together with the associated metadata, the team at Eclair was able to use the same MD5 codes generated during the on-set backup to ensure that nothing had been corrupted, protecting the integrity of the entire production as media arrived for post production. 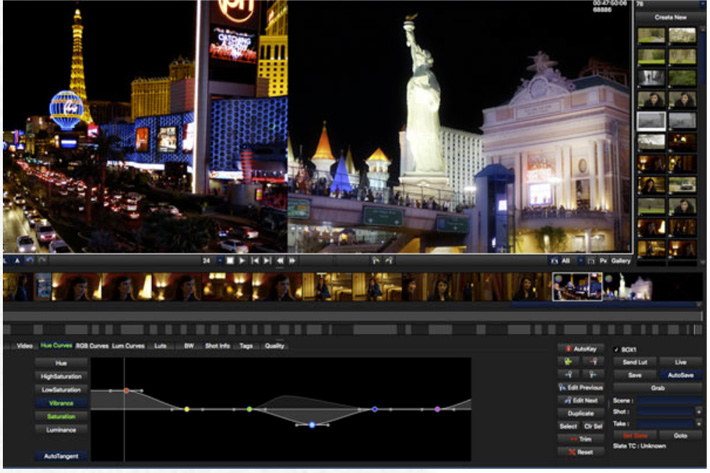 The finishing process was handled by IKE NO KOI, a Paris-based DI & VFX studio for feature film, television and the commercials industry (and an early adopter of FireFly tools). Once they received the RAW files and metadata from Eclair, and the EDLs from the film editor, the team at IKE NO KOI used FirePost to conform the edit decisions against the original RAW files from Eclair. Throughout the conform process, they also applied the dailies’ color grading using the settings from the shared database. Using FirePost, the colorists were able to view the edit suite files side-by-side with the RAW files and ensure a good match to the look from post.

By doing this at the start of the finishing process, IKE NO KOI was able to ensure visual continuity for the director and the DP: the look they saw on the first day of finishing was the same look that they saw in the edit suite. In fact, except for any changes during the post finishing process, it was the look that he and the DP established and approved on set. This approach provided the team at IKE NO KOI with the ideal starting point to the artistic process of finishing. FirePost offered the combination of powerful creative tools and ease of use, allowing them to apply unlimited secondary color grades and filters to add an entire extra creative dimension to the final result of the film.

IKE NO KOI used FirePost in their main finishing theater, but also in the assistant colorist suite to manage rendering and offline file processing more efficiently. The two FirePost systems were connected on a LAN, to keep all metadata files involved in the production in sync.

The FireFly Cinema workflow managed and synchronized file IDs for all RAW and proxy file versions, various color decisions, edit decision lists, and complex timelines with multiple clips, etc. The FireFly database also enforced user permissions, to determine who could change these files for the project, ensuring multiple users were able to work together to finalize projects more quickly without stepping on each other’s toes.