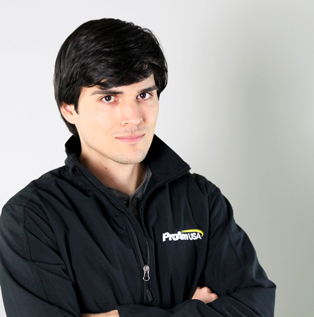 If it hasn’t happened already, there will likely come a time that you will shoot an interview, a commercial, or public-service announcement with non-actors. People who are unfamiliar with being in front of a camera.  Your saying “just act natural” will be of no comfort or use.  Ever tried it yourself? Tried non-acting acting? It isn’t as easy as one might think.

These are a few tips on how to get a better end result. They might seem overly simplistic, even obvious, but often are not considered.

While you are setting up your gear and the shot, casually converse with your on-camera  talent. Talk about sports, their hobbies, whatever — something unrelated to the filmed subject matter.  Simply establish a reporte with them as a peer. This will put them at ease, and relieve any preconceived notion of roles and technical structure.

I find that non-actors are very intimidated by working from a script. They are nervous about saying every word, in the correct order, without messing up. They try too hard to act.

So, once you are framed, lit, and mic’ed with talent on mark, casually ask them to tell you about the subject of the video — such as the product, while you roll video. Even if you have a script, just conduct this phase as a casual inquiry, as if from your own curiousity. Since you were non-challantly chatting with them before, it will seem a natural conversation.

The most important thing at this point is to establish a proper eyeline for them. Mind where you stand, while you speak to them!  Be sure that your eyes, which they should be looking at, will align with the direction you want them to look. If this is directly into the camera, you’ll need to stand far enough back from the camera to get this right. The tightness of your shot will affect their look, so be sure to check the viewfinder that all is well.

Let’s use the example of a car dealership commercial. The sales rep is standing in position next to a vehicle, which is the subject of the commercial.  Pretend to still be tweaking the setup, while camera is rolling, and simply say something like: “My friend was raving about this car the other day. Why is it so popular, anyway?”

If they are passionate about the product, and/or a good salesperson, they will naturally provide detail.  You can just volley back and forth to get a complete narrative. You might follow up with something like, “Is it loaded? What all features does it have?”  As long as your tone is conversational, they won’t even realize that they are making their commercial!
After that, you look at them and smile: “Great, Jon, that was the commercial. You are a natural. Shall we do it a few more times for fun?” 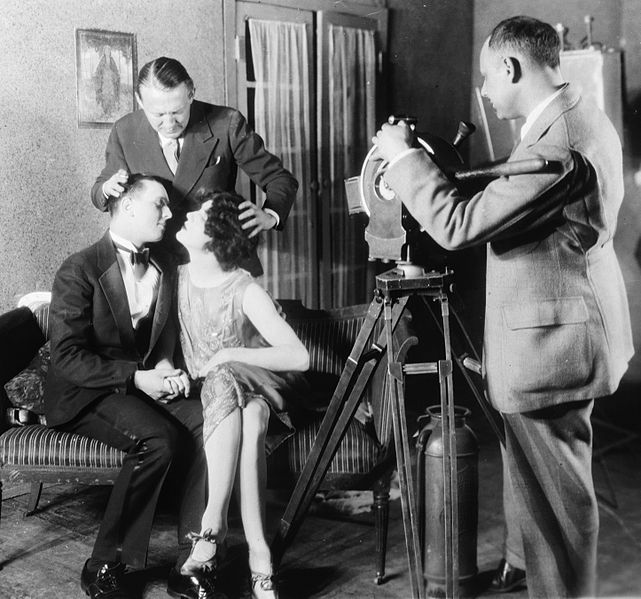 At this point, you can work from your script, if you have one. But, it is often still better to keep the conversational Q&A volley going. You’ll edit out your audio parts, unless you mic’ed yourself.  So, rather than the talent giving you a start to finish narration — unless they truly have perfected that spiel, simply prompt them for lines by way of your specific questioning. Don’t just say, “So, tell me about this product.”  Prompt them with specific questions to keep their responses on track.  Use key words and phrases in your question that you want them to mimic. Using the same example, something like this:

You, Director: “That’s hot. Is it loaded? What does it come with?”

You, Director: “Woah. Is it affordable? But how much is all that?”

You, Director: “What if I want to call or visit website?”

That first go round might have been a bit rough. But, at this point, your talent has gotten more comfortable with the material and the process. Be uber encouraging and congratulate them on a great job, and don’t give them too many notes. Do remind them to respond with complete sentences, and think about hitting their bullet points. Beyond that, simply let them know that you will do this all a few more times, at different angles, for options.

If you want them to say something differently, try to ask the prompting question differently using key words and phrases variations. If their response wasn’t quite what or how you wanted, repeat the same question immediately without disruption. They will likely pick up on what you are doing and take the direction well.

You, Director: “Are you telling me that I can finance this car even with bad credit?”

You, Director: “What if I have bad credit? How can I buy this car?”

Sales Rep, Talent: “We have finance plans for people with all credit levels. We can put you in this car today!”

Also, if you want more energy or enthusiasm from them, generate it from your side of the camera as you engage them.

For the finale, shoot at least a couple takes (masters) of them going through the whole thing uninterrupted, if they seem adept. They will have had a good warm up at this point. It might work, it might not. Video storage is cheap.

Recitation as line readings typically fails with non-actors, and tends to get worse with each iteration. These should be used as a last resort.  But, do be sure to record wild lines as needed.  Just as you grab cover video shots, get cover audio shots.  Using the car dealership example, record off-camera comments.  Example:

Off-camera Patron: “All day, every day?!”

And, so on. Heck, you might even get an oops “Joann, you have a call on line 3” come over the outside PA.  Well, that is ambience and realism. Use it!

Perhaps you won’t need or use your wild lines, but it gives you more options in editing.

Finally, for the love of all that is good in editing, shoot video cover shots! Always, but especially with untrained on-air talent. You will likely be piecing together several takes, so don’t skimp on covers and alternate angles. As a good director (or director/editor), you will have a cover shot for all that is mentioned in the dialog, of course.  Closeups of features of a product, price sticker, business sign, for example. Sheesh, do cover shots of the sky, a line of cars, body parts, anything and everything. Trust, you will appreciate having the backup in editing.

Using non-professional talent for full-length movies is a whole other story. For that, you better pray they are a natural or it will be a very, very long shoot.

Maintaining a childhood passion for movie making, Jonathan left the University of New Orleans film program in 2002. The following year, he began the film equipment company ProAm USA and released the world's first tool-less camera crane. He continues to design new, innovative video equipment that aims to lower the barrier of entry for beginning filmmakers. 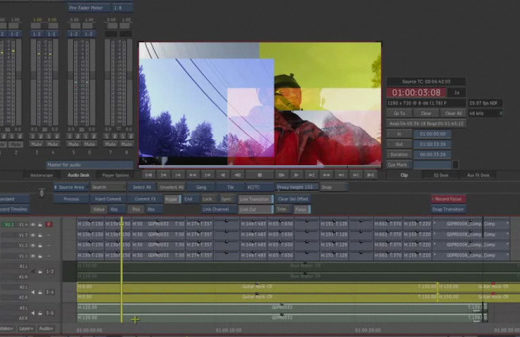 Autodesk application specialist Paul Andrews recently put together a great webcast showing just how flexible Smoke can be. It...