How do you get people to buy into a new or different process?

In Part I of this series, I mentioned that I have my own system for versioning and dealing with backups. Anything that takes me away from the way I’ve been doing things, regardless of whether or not it’s something that’s inherently better, is going to be a difficult task, both logistically and mentally. The mental part of that is human nature. People are often resistant to a different approach even when there are clear and apparent benefits to making that change. Contrary to what science might tell us, inertia could very well be the strongest force in the universe.

It’s an issue that’s especially apparent in production environments, where freelancers who are only around for a few weeks are working with others who are on for the duration of the project along with producers and IT engineers. All of these people might have different ideas about how they’re set to handle everything from archive to versioning to deliverables. Having a set system or structure around how all of this is going to function is obviously important, but just as important is being able to compel everyone working in the environment to utilize that system and collaborate effectively. But what is the best way to fight the inertia around bad or different habits that people will inevitably bring to a production environment? 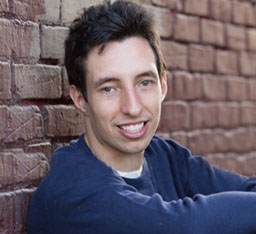 It’s something we wanted to talk about with Digital Rebellion CEO Jon Chappell, who’s had his fair share of experiences in this realm. His company has designed a cloud-based system of video review and collaboration called Kollaborate, which has helped professionals work together in an efficient and effective manner. It’s something he views as an essential part of the production process, even though such issues aren’t always at the top of the priority list for people.

“I think organization in general isn’t very exciting so people don’t want to think about it or invest money in it,” Jon explained. “Backup isn’t sexy either and I think the best backup tools are ones like Time Machine where the user doesn’t even have to think about it. So far, no one’s developed an asset management tool like that. Probably the reason is that building a big database of files is useless if it’s lacking context and currently you need humans to add that.”

That human element is critical in all of this, because whatever parameters have or have not been setup won’t matter at all if users don’t buy into those parameters. It could be as simple as creating a “deliverables” folder that everyone is supposed to use or as complex as an entire software system which houses and organizes files. However, none of those details matter if everyone is either doing their own thing or ignoring protocols.

In some instances these sort of challenges are a moot point, because if you’re working at a company that does things a certain way and you try to do things differently, you won’t be around for long. Nonetheless, forcing people to act or behave in a certain way isn’t always the most effective approach, and that’s not an option when you’re dealing with collaborators or co-workers. Figuring out what approach that is going to be the most effective can depend on personal preferences as much as the working environment.

“If we’re talking about the ‘carrot or the stick’, I think IT departments tend to prefer sticks, but I’ve always been a fan of the carrot.” Jon said. “If you force people to do something they will always have negative feelings towards it. My approach has been to show people how much time they can save by being organized at the beginning. I think people are more receptive if you frame it from that point of view.”

“Unfortunately, the most common driver of change seems to be something going wrong – data loss, missing files, confusing organization, etc. It can be difficult to persuade people to invest in storage and backup because, although crucial, they are not very exciting.”

The impetus for change is a key factor in this conversation as well, because that inertia keeps people doing what they’ve been doing regardless of the ultimate utility associated with their process. Something breaking or going wrong will be the only reason they ever look to make a change.

That’s true for individuals as much as it is for organizations, but the question around approaching change for both has different complications. Fixing an issue with your own process might only happen when something breaks, which can represent a loss in time and revenue. The same thing often happens for organizations, but the stakes are much higher, because so much time and so much revenue is at stake.

“With larger companies it can be difficult to initiate institutional change due to the cost and the number of people that need to be persuaded it is worthwhile,” Jon mentioned. “So often times individual change can be much easier to achieve and can be useful at tackling low-hanging fruit.”

Change for an organization can begin with an individual who redefines and improves their own process that can then in turn be emulated by others and used as a showcase to justify a time and money investment. Of course, that’s assuming a user in an organization has the freedom to pursue these other options, and they aren’t completely tied to the way things are being done. How many organizations would encourage or even allow users to do something like that?

It brings us back to the concept of the approach that’s going to be the most effective for users and the environment. Being forced to work in a certain way will elicit a much different response than being encouraged to work in that same way. The approach is just the first step though, because the details of how things will or won’t work, or how they’re actually set to change are the most important thing. What are the specifics that need to be communicated in one way or another? What tools need to be utilized in this attempt to get people to accept new approaches when it comes to storage, archive and workflow?

“A big part of my workflow is one of my company’s own free tools, called Post Haste,” Jon explained. “It allows you to create project templates and exemplifies the philosophy of spending time at the start to save time later on, while encouraging good practices by pre-creating folders and bins for people to put files into. I feel that people inherently do want to be organized and just require a bit of nudging, so if you create a folder called ‘Music’ people will starting putting music in it for example.”

“I am also a big fan of utilizing metadata where possible,” he continued. “On the last movie I worked on the camera crew were diligent about filling in the metadata fields on the camera so I created some tools to automatically name and categorize clips based on that. That saved a huge amount of time, although of course a human was still needed to verify the clips and add log notes.”

So much of our focus is placed on and around automation, and as Jon mentioned at the beginning, being able to utilize an automated process can help avoid headaches. At the same time though, there are some aspects of the production process that cannot and will never be able to be automated. There are things that require a human being to analyze and inspect so that a decision can be made. With that being the case, the priority needs to be about helping ease that process for users, and those are decisions that are made on the micro and macro levels.

“I’m generally the type of person that likes to keep everything just in case, but in reality that’s not always possible,” Jon said. “I try to think in terms of how difficult it will be to recreate. Dailies / proxies tend to go unless there are metadata reasons for keeping them around, as do temp VFX shots, temp music and SFX, and VFX shots that we didn’t use and can be easily recreated from the project files. But I only tend to focus on purging large files and backup almost all small files by default. I also version and archive all project files ever created as that has been crucial on numerous occasions.”

“But if you are flexible and shop around, archiving can be one of the cheapest parts of the process,” he continued. “If I need a decent quantity of LTO tapes created, it’s generally much cheaper to rent a drive than pay a company by the tape to create them. Vault archival can be surprisingly cheap, so it is perfectly possible for low budget productions to not only backup every file, but create and store additional tapes for redundancy.”

All of it underscores the critical need to bring users along in this process in the most effective manner possible. Whether that’s by encouraging them to utilize the methods available to them or making it a required part of their process, making sure everyone knows what’s expected of them and from them is key. There are plenty of examples of how many people can become involved in this process though, and why it can be so daunting.

Take a Tour of the Digital Process Workflow Lab

Even when motivated properly, users will oftentimes still struggle with a process, and inertia isn’t always to blame. Many people simply cannot come to terms with a process that they find so foreign, while others will get hung-up in technical details of varying importance. Which presents a bigger issue though?

“I would say people struggle with both evenly, although the technology side can sometimes be more confusing because it changes much more often,” Jon concluded.  “But I feel that the most complex storage technologies are aimed at larger businesses which tend to have in-house IT departments anyway, which should result in the process being largely invisible to end-users.”

“I’ve never been in a situation that went 100% smoothly, but I’ve seen the improvement that having a system can make. I think what the system is matters less than the fact that you have one and that someone is thinking about managing media.”

Regardless of the environment, professionals need to understand how workflow, storage & archive are set to function in terms of the people who are and will be using the processes for each. Whether someone decides to use the carrot or the stick, getting everyone who’s involved with these procedures on the same page is essential. That can be achieved through force or through a mutual understanding, and the specific approach depends on people as much as it does on the environment.

As much as we might like to automate the “boring” aspects of a project, there will always be a critical human element to them, and they’re significant in a way not everyone realizes. The sooner we come to grips with the best way to make users active participants in these processes, the easier they’ll become. 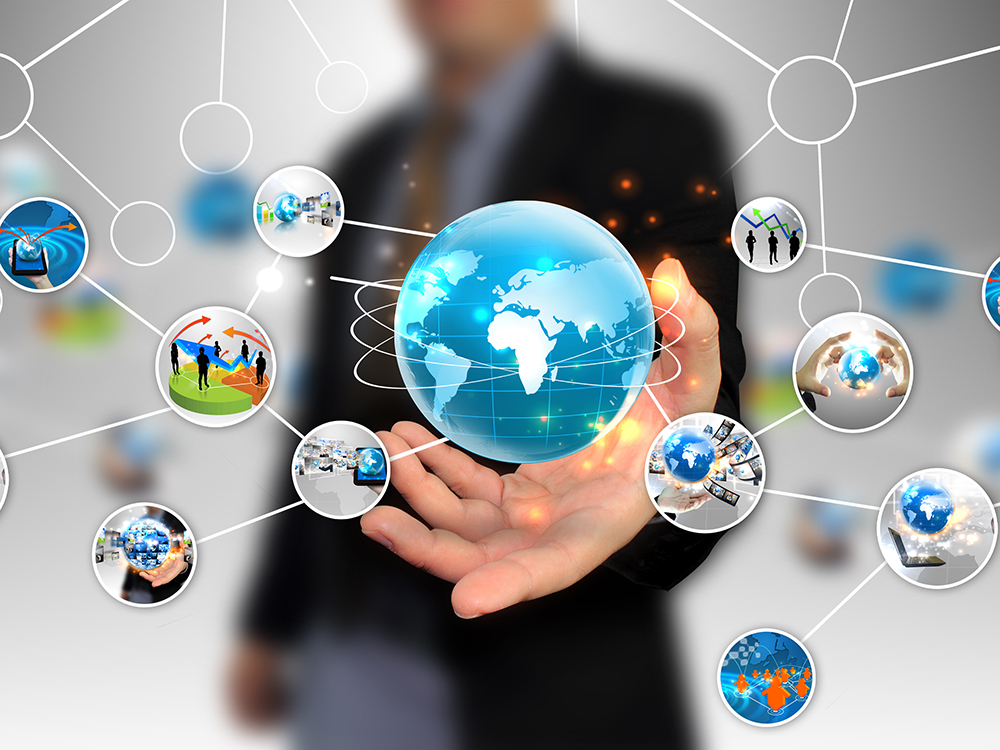 The way in which media & entertainment professionals approach their production environments has been evolving over the past few... 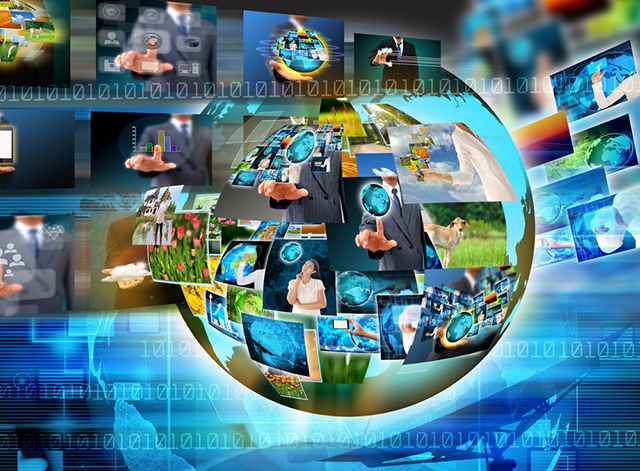 At IBC, one of the things that caught my eye was around how prevalent things like “workflow” and “ecosystem”... 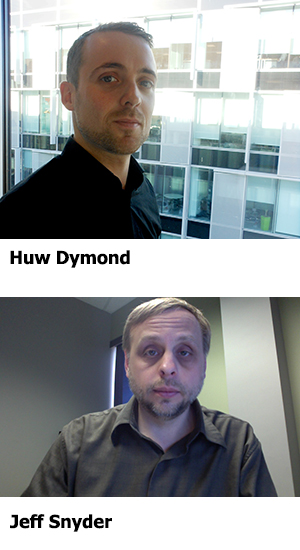 At NAB, Imagine Communications rolled out news and announcements that covered a wide range of products and technologies. From... 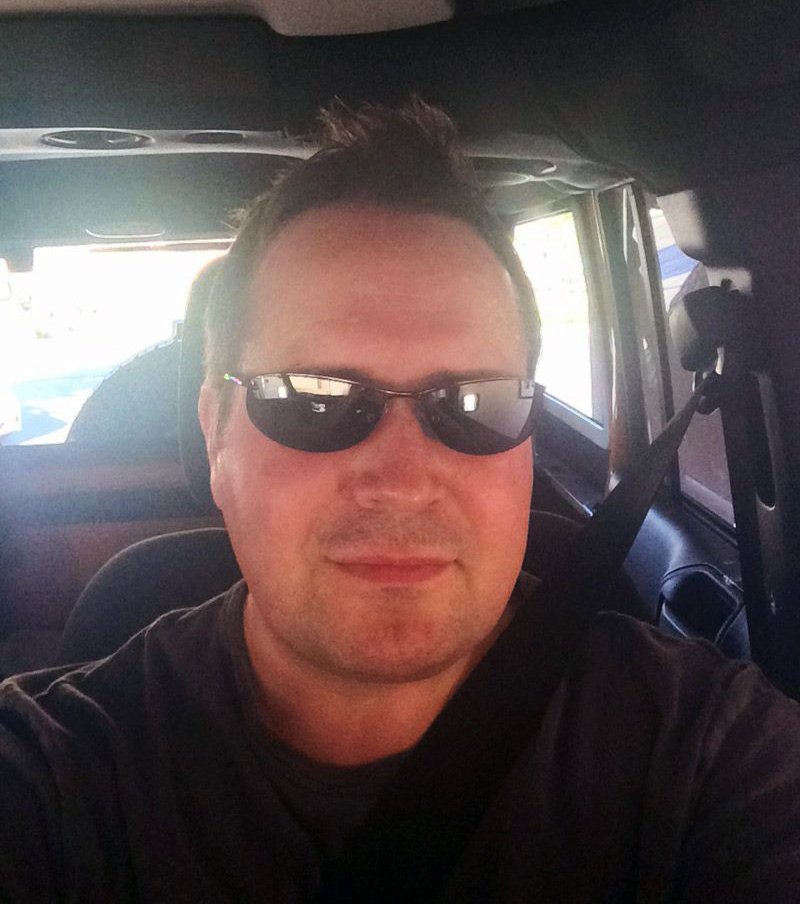