It’s quite an impressive upgrade and exactly where Resolve needed to go. 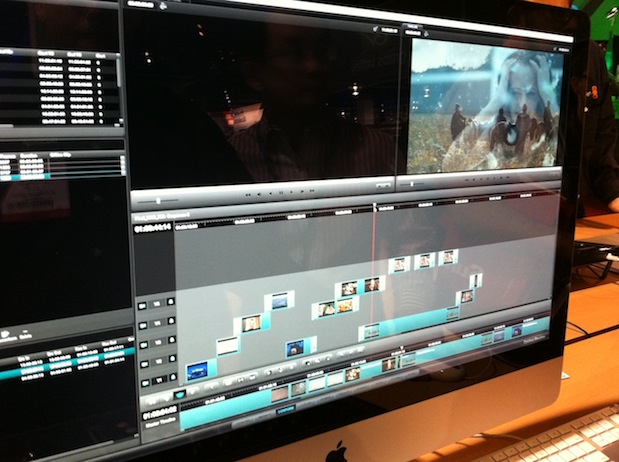 I was excited to see DaVinci Resolve 8 when I walked into the NAB show floor. I was even more excited to see that version 8 supports a multi-layer timeline as that’s has always felt like one of Resolve’s limiting features. 8 wasn’t the only big news on the Resolve front as they also introduced DaVinci Resolve Lite, a free, 2-node version of the software.

The multi-layer timeline was the most intriguing thing to me from an editor standpoint. It looks like a very strong implementation and it makes conforming in Resolve a much easier task. I watched as the demo guy conformed a multi-layer XML from Canon 5D files … and that means no reel # and no timecode. I grabbed the iPhone and had him do it again for a quick You Tube demo. Notice how he doesn’t have to add media to the Media Pool as the new conform options will let you point to the directory where the media is stored.

Excuse the audio as it’s not the best.

After sitting at the demo station a while I realized that he was working on an iMac. This is made possible in Resolve 8 since it supports Open CL. The frame rates weren’t always a full 24 but there was decent performance on the iMac. On the other side of the table there was a laptop running Resolve as well, apparently connected to a Thunderbolt storage device.

After that we jumped to the Mac version running a Resolve control surface and saw new features like stabilization (using the Resolve tracker to generate it), noise reduction and grading RED EPIC HDRx files by combining the two different exposure tracks from the EPIC. This looked like a clever implementation of making HDRx work outside of how RED does it in REDCINE-X. I think this might be one of the old ways to do HRDx outside of REDCINE-X.

There’s also an option for XML and AAF files both in and out of Resolve now so that means you can have an easier re-conform those graded files back in your editing application when grading is done. Word was that this version 8 upgrade will be a free upgrade for existing users.

And if you’re wondering what the Resolve Lite limitations might be, here’s the quite from the Blackmagic website: