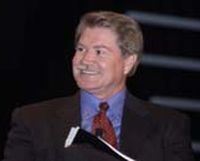 Raise your hand if you’re in the Cable industry, have a show on Cable TV, work on a show that airs on Cable, or even if you just subscribe to Cable.

Want to know why you don’t get paid what you should be paid? Why your documentary cost more to produce than you’re earning from airing on Discovery? Why your Cable bill is so much?

According to MultiChannel News:
With the consolidation of its ownership into one public company expected by the end of the third quarter, Discovery Holding, which includes cable network powerhouse Discovery Communications, filed its first proxy statement with the Securities and Exchange Commission, revealing among other tidbits that founder and chairman John Hendricks received nearly $58 million in compensation last year. I am so in the wrong vocation.