Blackmagic set to revolutionize the visual effect industry as they offer Fusion 7 at no cost. One of the industry’s stronger visual effects and motion graphics software is available completely free of charge. Sound familiar? 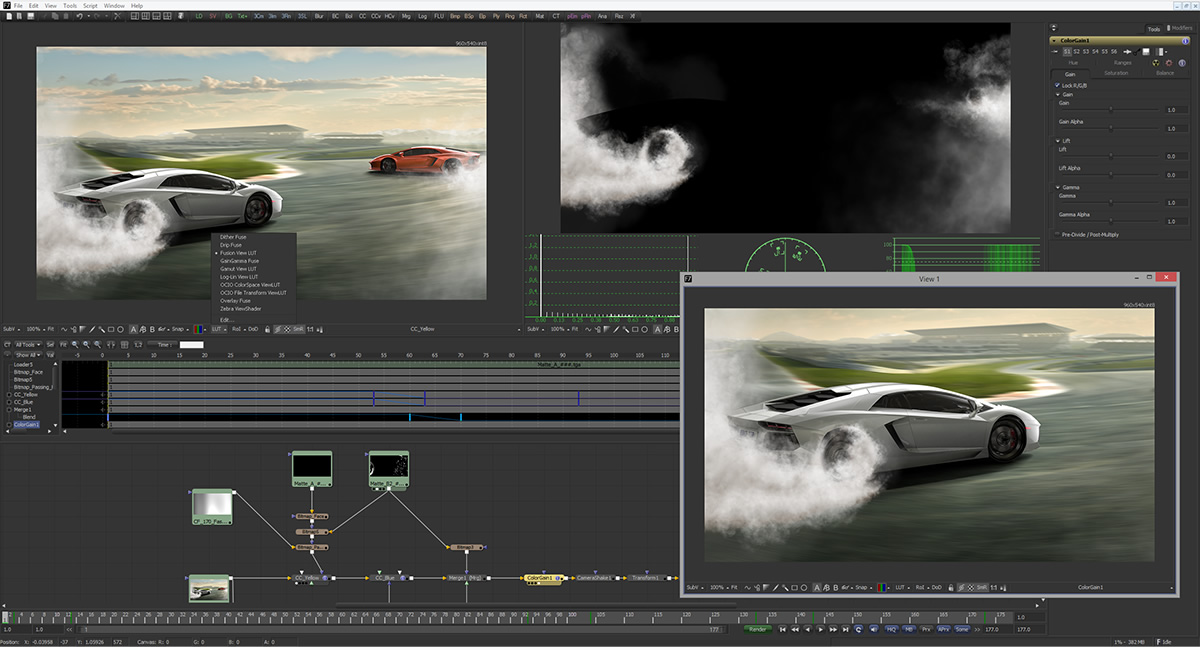 Blackmagic has a way of causing little earth quakes from time to time. First they buy DaVinci Resolve and essentially give most of it away for free… except for the noise reduction, which I would pay the $995 to use.  Well, Blackmagic did the exact same thing this past fall with their acquisition of Eyon’s Fusion and now they are offering a version of Fusion as a free download.

Previously getting access to high end visual effects tools, such as Fusion, cost thousands of dollars, so it was more restricted to Hollywood visual effects artists. Now there is nothing blocking anyone from creating world leading visual effects. To say this will revolutionize the industry is to be minimizing at best. Nuke and other visual effects software companies might be forced to re-evaluate their business model. 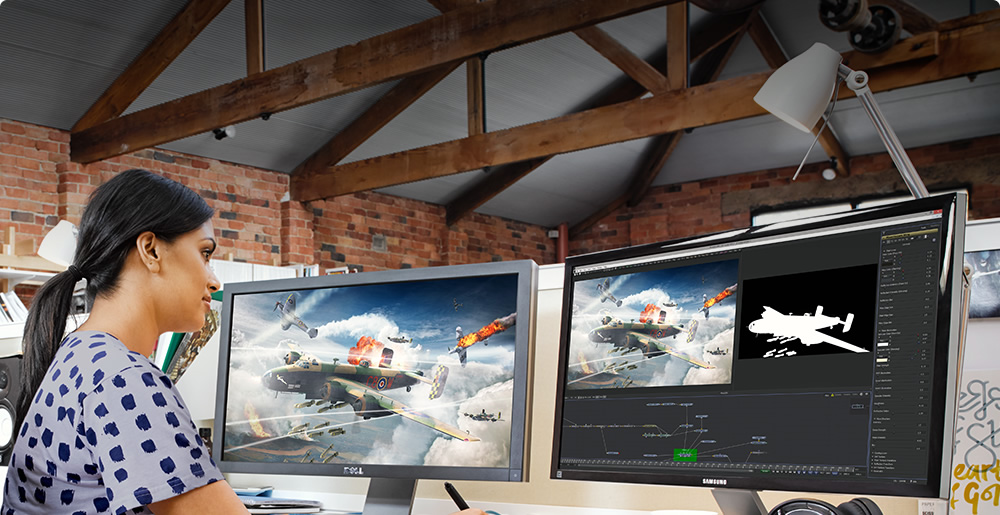 What is the difference between Blackmagic’s free version of Fusion 7 and the $995 Fusion Studio?  The $995 Fusion 7 Studio includes everything found in the free Fusion 7 software, plus adds extra high end features such as optical flow tools for advanced retiming, stabilization and stereoscopic 3D production, support for third party OpenFX plug ins, and distributed network rendering so customers can render jobs on an unlimited number of computers at no additional cost.  Fusion 7 Studio also includes Generation, a studio wide multi user workflow and collaboration tool that helps creative teams manage, track and review versions of every shot in a production. Plus, user can move projects from the free Fusion 7 software to a workstation running Fusion 7 Studio and take advantage of workflow collaboration and unlimited distributed network rendering.

Fusion does not lack in the thousands credits, these include blockbusters like Maleficent, Edge of Tomorrow, Sin City: A Dame to Kill For, The Amazing Spider-man 2 and The Hunger Games, as well as hit television shows like Battlestar Galactica, Orphan Black and many more. Expect to see my team learn this program so we can continue to grow our creative prowess. And, when it’s free to download, it definitely makes it an easy decision.

A few word from Blackmagic Design CEO Grant Petty: “Visual effects software has been expensive for way too long and it’s time that this changed. Consumers are screaming for more exciting movies and television programs and so we need to do everything we can to help our customers create stunning visual effects. Now, with the free version of Fusion, everyone from individual artists to the biggest studios can create Hollywood caliber visual effects and motion graphics! When combined with DaVinci Resolve Lite, customers can get the world’s most advanced tools for editing, grading, 3D compositing, visual effects and motion graphics, all absolutely free!” 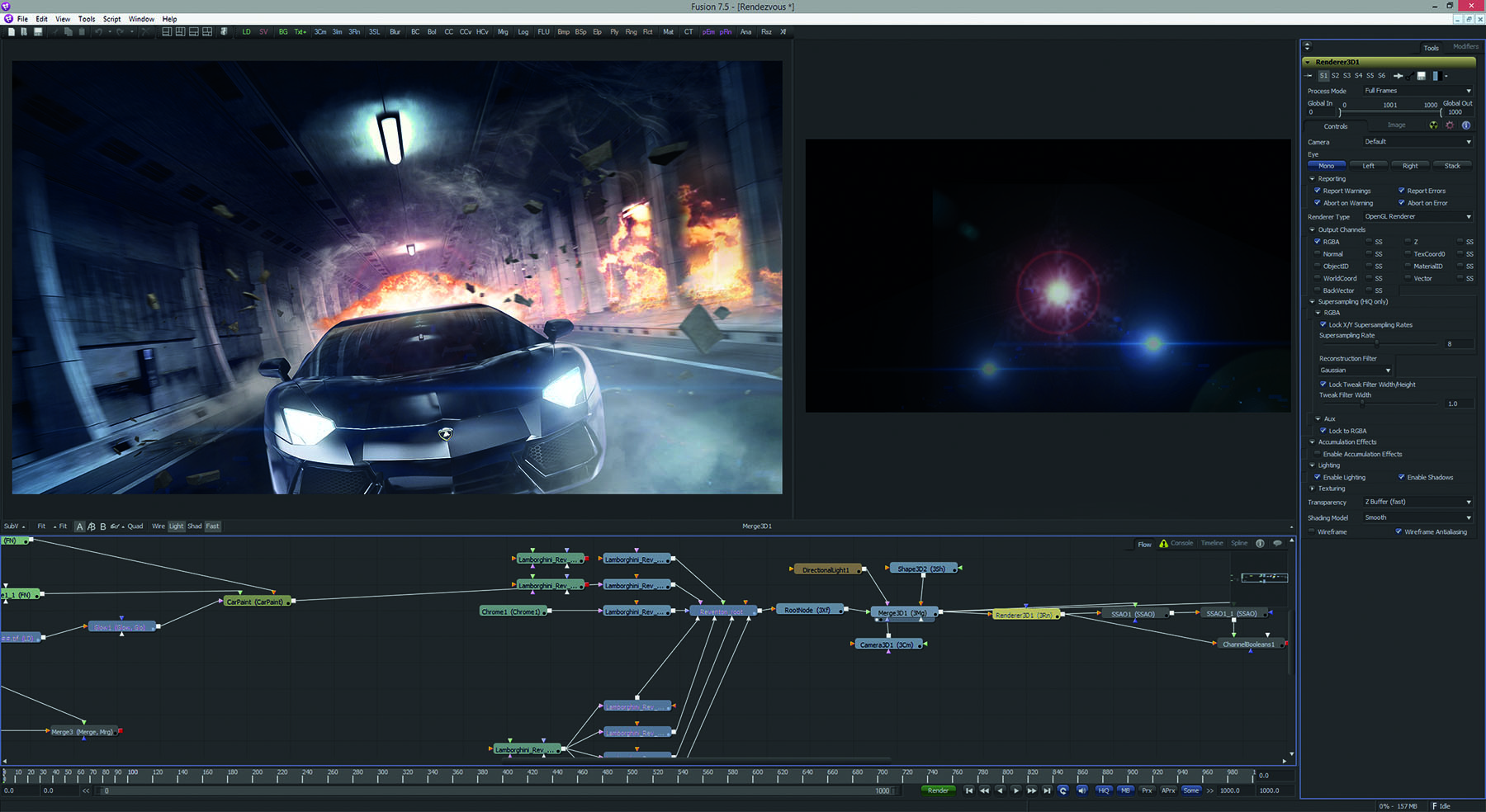